Sucker dating is nothing new. But when SVT Nyheter Västmanland received tips that young people are picked up during school hours, we decided to register a fake profile on several sites and investigate sugar dating in more detail. 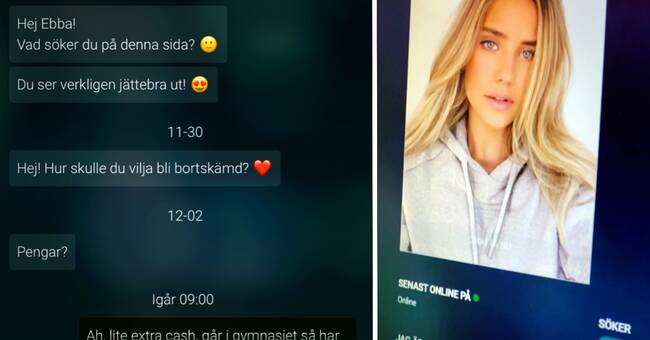 On two of the suction dating sites we were kicked out.

But the third did not see through the fake profile - nor did the men.

The messages fell into the inbox and were of various kinds.

Some men wanted to talk and sue for a date, but the majority of the messages contained offers of money for sexual services.

In the clip, SVT's reporter Caroline Slotte tells more about how the review was done and what the men wrote to 18-year-old "Ebba".