Held in check by Brighton (1-1) after leading the score, Chelsea did not take advantage of an early game of the 24th day of the Premier League on Tuesday to go back in front of Liverpool and get a little closer. 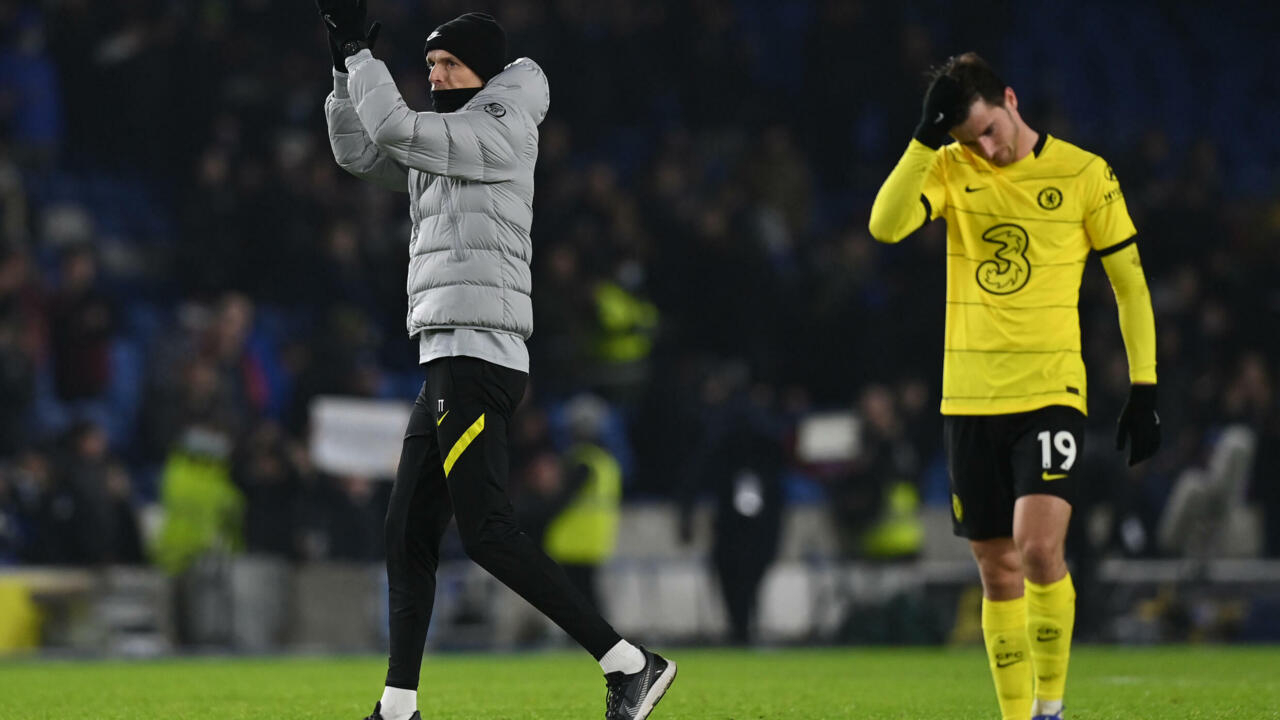 With 44 points, the Blues are still one unit behind the Reds despite having played two more games.

The 12 points behind City are almost anecdotal, as it was hard to imagine City collapsing, but they confirm that the title race is nothing more than a distant chimera for the Londoners.

Initially scheduled between February 8 and 10, this trip to the south of England was brought forward to allow Chelsea to participate in the FIFA Club World Cup.

But three days after the summit against City, lost 1-0, the bodies, and perhaps also the heads, had not recovered sufficiently.

Hakim Ziyech had however given the advantage to his people, with a dry strike at ground level that the hand, not firm enough, of Robert Sanchez had not managed to get out of his lower left corner (1-0, 28th) .

Chelsea's Moroccan midfielder, Hakim Ziyech, during the advanced match of the 24th day of the Premier League, January 18, 2022 in Brighton Glyn KIRK AFP

But the Seagulls and their coach Graham Potter, never short of tactical ideas to thwart the opponent, did not steal their point.

Chelsea may regret that the equalizer came from a huge marking foul which left the imposing Adam Webster (1.91m) alone seven meters away, in the axis of the goals, to catapult the ball into the net of Kepa (1-1, 60th).

A fairly typical goal from the difficult pass that Thomas Tuchel's team has been going through in the league for a few weeks, with only three points taken over the last four days.

Not necessarily enough to put the German in immediate danger, but a reaction will be imperative in the next match, Sunday, with the reception of Tottenham.

Spurs, who travel to Leicester on Wednesday in a late Matchday 17 match, are admittedly only sixth, 11 points behind Chelsea, but they are five games behind the Blues, which makes this gap very relative.