Argentinian Economy Minister Martin Guzman, in "daily contact" with the IMF on the renegotiation of Argentina's debt, said on Monday that the institution would harm its "legitimacy" by "push… 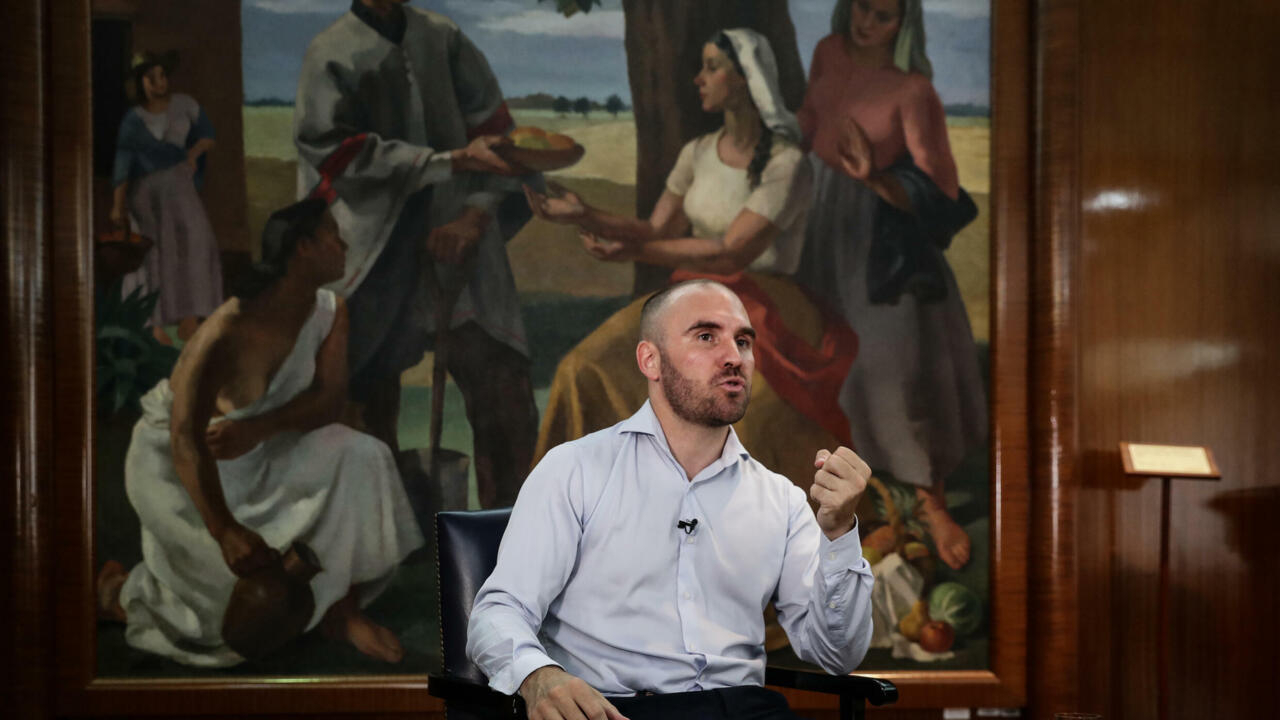 In an interview with AFP, Mr. Guzman considered that the negotiations, with meetings "every day or several times a day" between the technical teams of the IMF and Argentina, are going "a little better than a week ago, because the work done brings the positions closer together. But there is still an important path to cover".

Without an agreement, Argentina, the second largest economy in South America, will have to repay over the next three years, between capital and interest, more than 44 billion dollars, including 19 billion USD from 2022. "Unsustainable" deadlines, reaffirmed Mr. Guzman again.

"Argentina is the G20 country that experienced the strongest growth in 2021, at 10%, unemployment which was in double digits fell to 8.3%, investment grew by around 35%", he listed.

After three years of recession, "we want to give continuity to this virtuous recovery, without on our shoulders a debt that slows us down".

"If the IMF pushes Argentina into a destabilizing situation, it will have less legitimacy in the future, when other countries will have to decide whether or not to turn to it to solve their problems jointly with the international community. “, he warned.

"A perfect match does not exist," agreed Mr. Guzman.

“What we are saying is that if we want to protect each other, to protect the functioning of multilateralism, it is important to be able to agree on something credible. And who says credible says achievable”.

For an end to interest surcharges

The 39-year-old minister, former student of the Nobel Prize in Economics Joseph Stiglitz, to whom he remained close, explained that the current negotiations with the IMF were following "two paths".

On one, the reduction of the Argentine public deficit, "there is practically agreement on the objective towards which to converge", he underlined without quantifying it.

"The disagreement is on the speed to get there," added the minister, who recently presented a plan to return to equilibrium by 2027. The IMF wants something "faster", but for Mr. Guzman, this would be to the detriment of productive public investment "what Argentina needs most. The point of tension is there".

He recalled that the Argentine budget deficit has already experienced "a very strong reduction" in 2021, of around 3.5 points, and should stand at 2.9% or 3% of GDP, a figure expected at the end of January.

The other way of the discussions relates to “the financial conditions” of the restructuring of the debt, with the problem of the “surcharges of interest” applied by the IMF from a certain amount or duration of loan.

"More than 20 countries are currently paying these surcharges," he said.

This amounts to "making countries pay more when their situation is worst" and "does not help the mission of the Fund, which is to guarantee global financial stability".

"The vast majority of IMF member countries have found it necessary to review this policy," Guzman insisted.

Without explicitly appealing to the United States, he underlined the "important initiative" of 16 elected Democrats in the United States Congress, who recently wrote to Treasury Secretary Janet Yellen to ask her to "support a review of this policy within of the Executive Board of the IMF" of interest surcharges for indebted countries.