Amazon at the gates of Metz: jobs and debates

Bargain, breath of fresh air or mirror to the larks? In Augny, a Moselle village located at the gates of Metz, the inauguration on August 30 of an Amazon warehouse divides, when purchasing power, employment and… 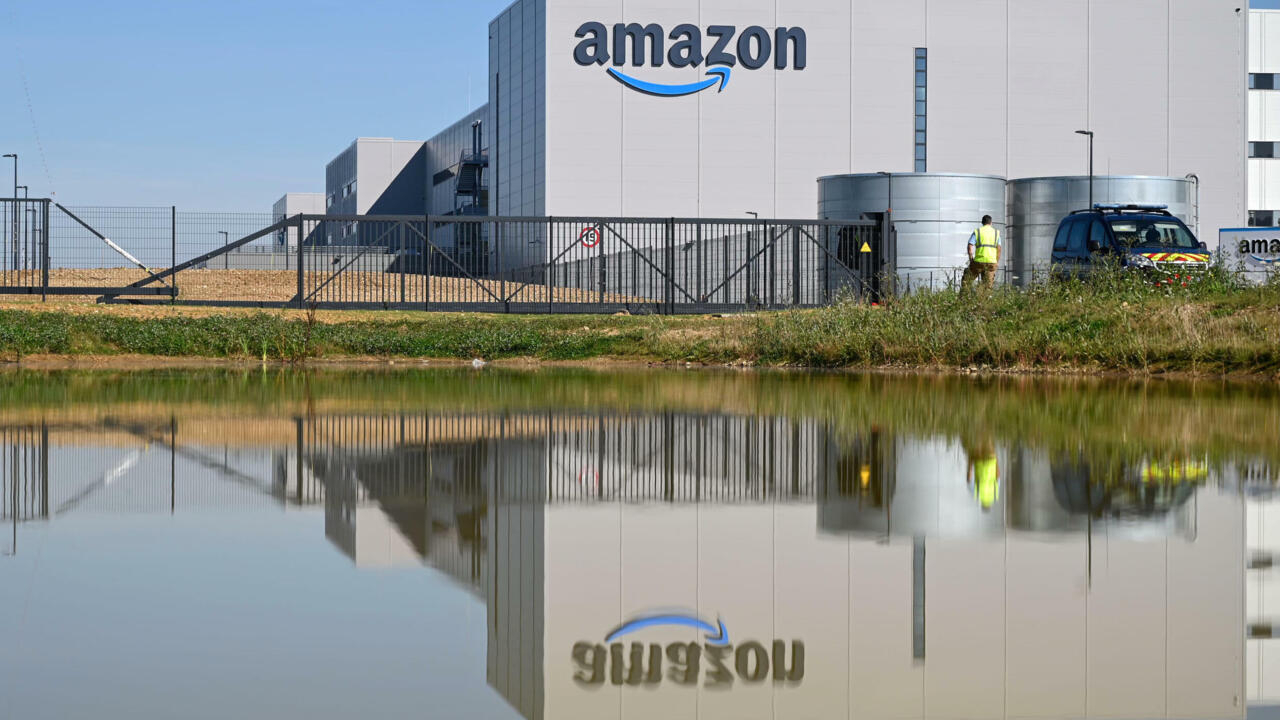 "It's good, it hires young people," rejoices Daniel Veyx, 59, the owner of the restaurant "Au Nid Gourmand", in the center of the village.

To the point, according to him, that the neighboring supermarket "is pissed off, it is losing people" because Amazon "pays better".

"And they made me eat during the Covid", he adds, explaining that employees who worked on the site of the warehouse of the American giant of online commerce regularly came to lunch at his place.

His own daughter-in-law, Odyline Thouaille, 27, employed since the end of November in the gigantic gray building placed in the middle of the fields, welcomes her 1,700 euros net monthly income, a salary achieved thanks to her night shifts.

An Amazon employee prepares an order at the Augny warehouse on September 23, 2021 in Moselle SEBASTIEN BOZON AFP

"You have to like the intensive rhythm because it's quite physical," explains the young woman.

An interim order picker, she is nevertheless "happy" to exercise a profession that "moves" and that pays her.

"These are precarious jobs, that will not solve the employment problem!", Replies Marie-Pierre Comte, elected opposition member of the Augny municipal council.

“How do you want to rent an apartment or discuss a loan with your bank for the purchase of a car when you are on temporary work?” she wonders.

An Amazon employee prepares an order at the Augny warehouse on September 23, 2021 in Moselle SEBASTIEN BOZON AFP

A long-time environmental activist, Marie-Pierre Comte would like the next president to "no longer authorize" the establishment of "these mega warehouses" and limit the "use of trucks" in order to "fight against air pollution".

“A responsible elected official, environmentalist or otherwise, should sincerely consider” this subject, insists the municipal councilor, castigating the “tax advantages granted”, according to her, to the American distribution giant “in the name of job blackmail” .

According to the director of the Augny warehouse, Angéline Bilodeau, 650 people have been recruited on permanent contracts since the opening of the site, a figure which should climb to "more than 1,000" during the year.

Among these recruits, specifies Pôle emploi, 35% were long-term unemployed and 13% beneficiaries of the RSA.

"Apart from the installation of the Peugeot-Citroën factory in Trémery in 1979, I have not seen any other company that has brought so many jobs", rejoices Cyril Potin, director of the Pôle emploi agency in Montigny. -les-Metz.

Especially since the CDIs have been added to the "6,000 temporary assignments" carried out since the end of August, an "opportunity to resume employment", especially for young people, notes Mr. Potin.

"Job calls for employment", adds the mayor (without label) of the village, François Henrion, who hopes that other investors will turn to his town and the former air force base on which the American giant has taken up residence.

Amazon employees prepare an order at the Augny warehouse on September 23, 2021 in Moselle SEBASTIEN BOZON AFP

Located on the Frescaty plateau, this base closed its doors in 2012 after counting up to 2,500 soldiers.

"Amazon should pay between 1.5 and 2 million euros in local taxes", advances the mayor of Metz and president of the Eurometropolis, François Grosdidier (LR), even if he emphasizes having "first signed to have a new employer, not for tax revenue".

There remains the environmental consequences of the installation of this behemoth of 50,000 m2 on the ground, four stories high, in this town of 2,000 inhabitants.

Marie-Pierre Comte points to the "nuisances" generated by this installation.

Like her, Pierre*, who has lived in the heart of the village for ten years, rails against the incessant traffic under his windows, "at any time, every day".

Trucks at the entrance to the new Amazon warehouse in Augny, September 23, 2021 in Moselle SEBASTIEN BOZON AFP

This warehouse "does no good" to the village, "it destroys, it pollutes", he laments.

*The first name has been changed at his request