"Everything is increasing": in Alsace, allotment gardens faced with the rising cost of living

Turnips, leeks or potatoes: in Sélestat (Bas-Rhin), allotment gardens are much more than a bucolic occupation. They have become a means of subsistence for amateur market gardeners with… 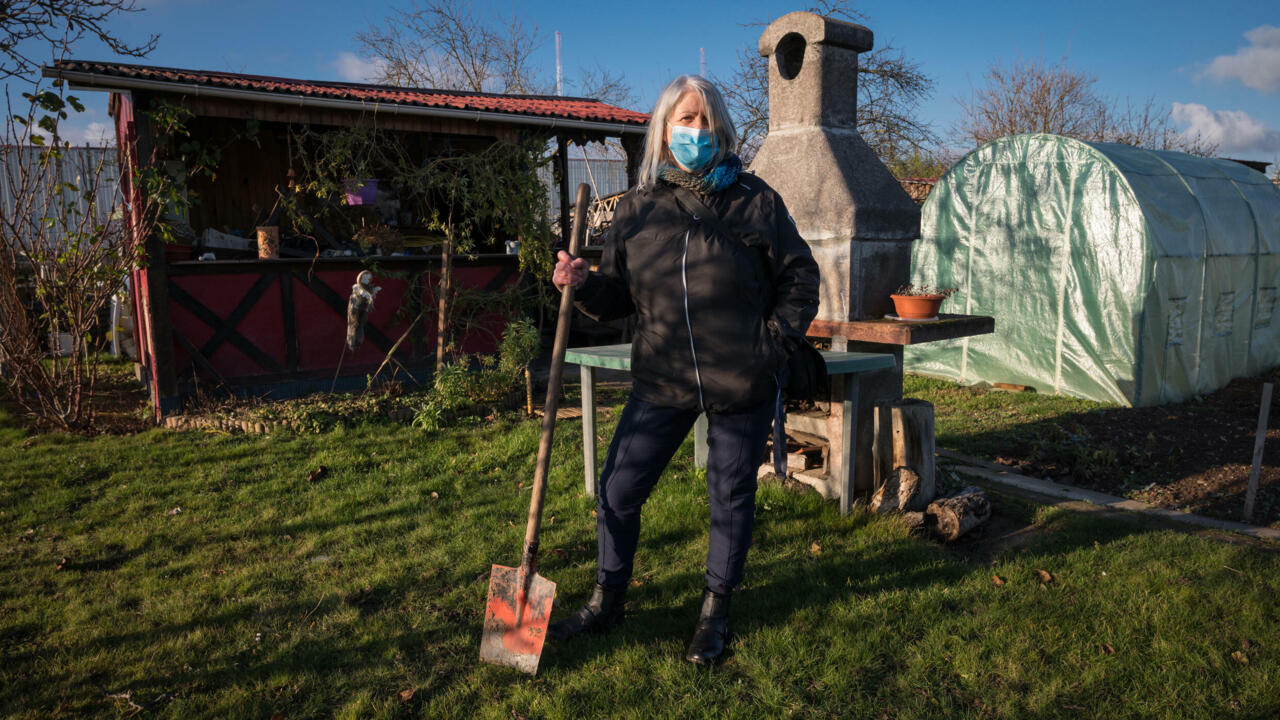 After a full career, 186 quarters contributed or 46.5 years of work during which this holder of a CAP carpentry has "touched everything", she receives "less than 1,000 euros per month".

And the observation is quickly made: "Everything increases, bread, electricity, gasoline"... But her pension, she, "does not move".

So she compensates, especially with her vegetable garden.

On land rented from the town hall, the Association of allotments of Sélestat (Ajos) allows more than 200 members to have land to cultivate, according to a tradition quite present in the north-east of France, as in neighboring Germany.

On her plot of approximately 25 meters by 20, Christiane has marked out several spaces.

On the right, the vegetables, with leeks and Swiss chard that resist the winter cold.

On the left, fruits - melons and watermelons could be added next summer to the picking of strawberries and cherries.

At the bottom, a greenhouse, to accommodate the seedlings, just next to the shed, where the tools are stored.

Thanks to her production, the sexagenarian has almost become self-sufficient in fruit and vegetables. After the harvest, "I cook and I sterilize, I make my ratatouilles, my tomato sauces, my jars of green beans", which she then consumes all year round. "Last year, I made 10 kilos of strawberry jam," she rejoices. She has several jars left, which she willingly shares with her daughter or her neighbours.

Beyond the food aspect, this green space is a real source of escape for this retiree who lives alone in a small two-room apartment, "without a balcony".

"Having a garden allows me a lot of things. I can't go on vacation, so this is my second home. I go out, I'm fine. If I had to let go of my garden, I would cry. I I'm very attached, it's very friendly".

Patrick poses in his allotment garden on January 11, 2022 in Sélestat, in the Bas-Rhin PATRICK HERTZOG AFP / Archives

Because these allotments are also an opportunity for members of the association to get together.

"In my building, I never really see the other tenants, I meet a lot more people when I finally come here", agrees Fabrice Uttard, 52, who occupies plot 137, near the railway line.

Fabrice Uttard poses in his vegetable garden, a source of substantial savings in his budget which he manages "to the penny", on January 11, 2022 in Sélestat, in the Bas-Rhin PATRICK HERTZOG AFP / Archives

Since kidney cancer and "lung problems" left him disabled, he has been living on a pension paid by Social Security.

His vegetable garden is an essential source of savings in the family accounts, kept "to the penny".

"It relieves us, it allows me to buy meat for my daughter," he explains in his leather jacket.

As a volunteer, he also gets involved with the association, maintains the paths, restores the gardens when they become available.

"That way I still feel active, I have a use," he explains.

For the next presidential election, he is certain to vote, "out of duty" but without enthusiasm: his choice has not yet been made.

He wonders about the relevance of public aid to large companies, and would like this money to go more "to the people who need it".