The largest manufacturing market in the world .. How will supply chains be damaged after the spread of Omicron in China?

The spread of the Omicron mutant in China since mid-October may force the authorities to impose strict restrictions to limit the spread of the epidemic, which could disrupt global supply chains. How is that? 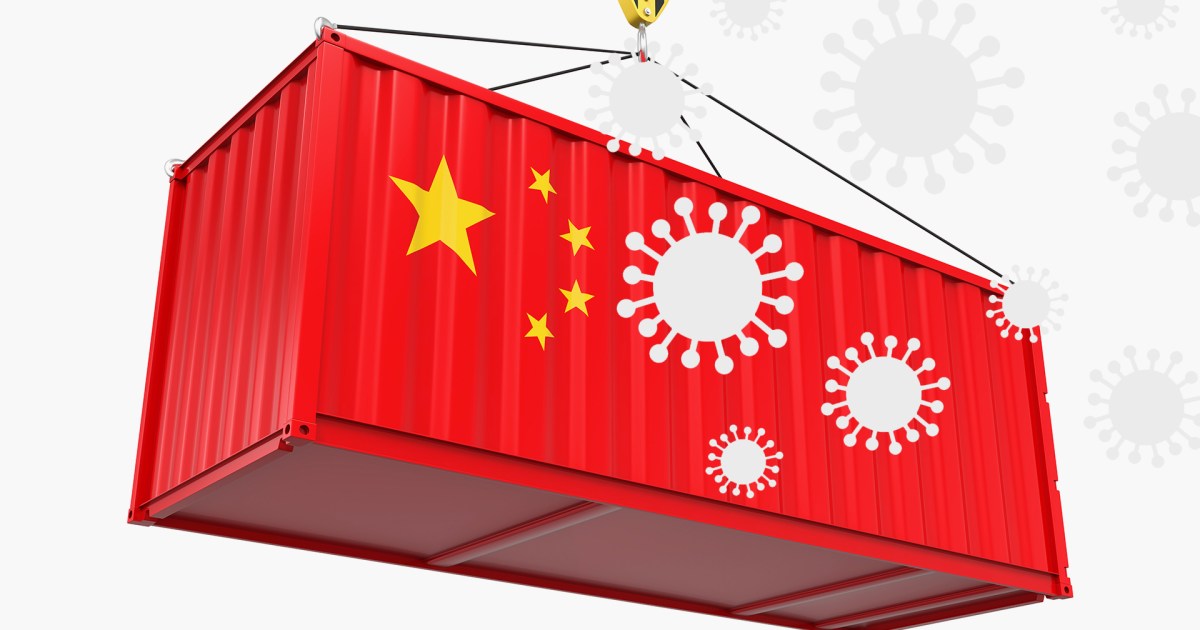 Over the past two years, Beijing has adopted a strategy known as "Zero-Covid", which means that factories will continue to operate during the epidemic, but the spread of the Omicron mutant in the country since mid-October may force the authorities to impose strict restrictions to limit the spread of the epidemic, which will affect factories and ports, and may disrupt global supply chains.

In a report published by the American "Bloomberg" website, writer Enda Curran deals with the impact of the Omicron mutator on supply chains around the world, especially after the virus spread in China;

The largest manufacturing and supply market in the world.

According to the writer, China does not face major problems due to the virus, as is the case in other countries;

Such as the lack of food commodities in Australia and Japan, or the high unemployment rate in the United States, but it is still required to tighten measures to limit the spread of Omicron, especially as it prepares to host the Winter Olympics next month, and a number of political events this year.

And Thomas O'Connor, a supply chain expert at Gartner in Sydney, believes that China's taking more stringent measures to limit the spread of the virus will have a significant impact on the global economy.

The outbreak of the Corona virus and its mutant, Delta and Omicron, during the past weeks, caused the closure of a number of clothing factories in China and the suspension of gas shipments in one of the country's largest ports.

The city of "Shi" witnessed a slowdown and disruption in the delivery of computer chips after the imposition of closures, while other cities such as Shenzhen have restrictions;

One of the manufacturers hit by the shutdown is owned by Sydney Yu, a Hong Kong-based company that makes educational and entertainment products for children.

Yu expresses concern that shipments will continue to be delayed due to the current measures coinciding with the approaching Chinese New Year, during which factories are closed for weeks.

The problems of supplying Chinese products come in light of the shortage of truck drivers, pilots and store employees in other regions of the world, which threatens to repeat the global supply crisis that characterized most periods of 2021 and led to high prices.

Supply chains in Southeast Asia faltered last year, after countries such as Vietnam and Malaysia imposed strict closures, which led to a global crisis in semiconductors and clothing, and prompted some companies operating in those countries to head to China.

Frederic Neumann, co-head of Asian economic research at HSBC Holdings, believes that an exacerbation of the Omicron wave in China and the rest of Asia could disrupt supply chains around the world.

Experts at Bank of America also warn that Asia may see a greater spread of the omicron, meaning the worst is yet to come.

The writer concludes that China's success in containing the new wave of the virus - as it did with previous waves - will ease pressures on global supply chains, but manufacturers - such as Sydney Yu - believe that the current measures were not effective in resolving the crisis.