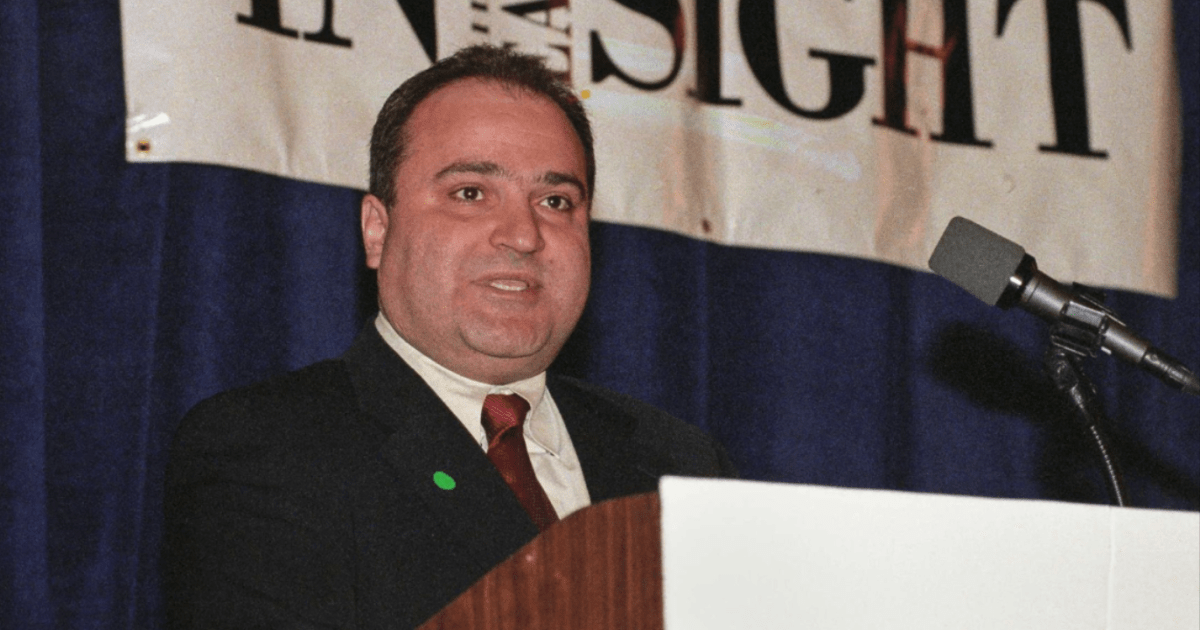 George Nader, a Lebanese businessman and former advisor to Abu Dhabi Crown Prince Mohammed bin Zayed, has pleaded guilty to his role in helping the United Arab Emirates pump millions of dollars in illegal contributions to Hillary Clinton's 2016 presidential campaign, according to documents submitted to the federal court. Last month.

In a report published by the American "The Intercept", writer Matthew Cole said that federal prosecutors revealed in the sentencing memorandum issued last December that Nader had agreed months ago to plead guilty to the charge against him of committing a criminal conspiracy to defraud the United States. The US government by pumping millions of illegal donations to fund a presidential election campaign and concealing the source of foreign funding.

According to the sentencing memorandum issued by the public prosecutors, Nader conspired to conceal the funds "out of a desire to lobby on behalf of the UAE government and to advance his client's interests".

The note states that Nader received money in exchange for illegal donations from the UAE government.

The lawsuit represents the first time that the US government has openly accused its close ally of illegally seeking to buy access to candidates during a presidential election.

The writer pointed out that a rare admission of guilt sheds light again on the efforts of the UAE and its de facto ruler, Abu Dhabi Crown Prince Mohammed bin Zayed, to influence the outcome of the 2016 elections and shape subsequent US policy towards the Gulf region.

The government memo indicates that Nader and the Lebanese businessman residing in Los Angeles, Ahmed Andy Khawaja, also sought to attract "prominent figures" in the campaign of (former President Donald) Trump and that Khawaja donated one million dollars to the Trump inauguration committee, but the source of that money is still unknown.

Prosecutors allege that Nader transferred nearly $5 million from the UAE to Khawaja, the CEO of a Los Angeles-based payment processing company.

The sentencing memorandum details Nader and Khawaja's efforts to conceal the funds as part of a normal business contract between the two parties.

The memo indicated that more than 3.5 million dollars of the total amount of this amount came from the UAE government and was awarded to the Democratic Political Committees to elect Clinton, according to the US government, which accused Nader, Khawaja and 6 others of working together to conceal the source of the funds.

Prosecutors have not made a public statement as to the fate of the remaining $1.4 million that they say Nader transferred to Khawaja.

With a rare guilty plea, five of the eight men accused of the alleged plot also pleaded guilty.

Other defendants are scheduled to appear in court this year.

It is reported that Khawaja fled the United States after the indictment was issued.

The Associated Press reported in 2020 that he is being held in Lithuania, citing police officials there and a Lithuanian lawyer representing him.

Prosecutors are seeking a 5-year prison sentence for Nader, and are asking that this sentence not be passed until he completes the 10-year prison sentence he is currently serving on charges of possessing child pornography and bringing a minor to the United States “for the purpose of engaging in criminal sexual activity.”

Prosecutors alleged that Nader received instructions from the crown prince of the United Arab Emirates and that he regularly briefed Mohammed bin Zayed on his progress as he sought to court Clinton.

At one point, Khawaja complained that Nader and the UAE had yet to send him money to cover the costs of a Clinton fundraiser he was organizing.

Nader wrote that he would send a text message "according to His Highness's instructions", using an abbreviation of the phrase "His Highness", in a clear reference to Mohammed bin Zayed.

A few days later, Nader was preparing to meet with both former presidential candidate Hillary Clinton and former President Bill Clinton, and he asked an Emirati official, believed to be Mohammed bin Zayed, if they could meet before he left.

But besides making donations to Clinton's election campaign, Nader also worked on the Trump campaign on behalf of his clients in the Gulf.

In Special Counsel Robert Mueller's report on Russian interference in the 2016 presidential election, Nader was described as a senior adviser to MbZ and said he had contacts about both campaigns.

After Trump won the presidency and before his inauguration, Nader unsuccessfully sought to arrange a meeting between him and Mohammed bin Zayed, according to interview notes with the FBI.

A few weeks later, with Nader's mediation, the Emirati crown prince arranged for Eric Prince, a major Trump donor, to meet with Kirill Dmitriev, head of the Russian Direct Investment Fund (a state investment fund) at a resort in the Seychelles.

After Trump's inauguration, Nader became a frequent visitor to the White House, according to The Times.

Nader's involvement in the Trump campaign and his role in the Seychelles meeting put him in the crosshairs of the Mueller investigation into Russian interference in the 2016 election.

Nader was arrested in June 2019 at John F. Kennedy International Airport and accused of possessing dozens of photos and videos of child pornography.

He was also accused of transporting a 14-year-old boy to the United States for sexual purposes.

Nader pleaded guilty to both criminal charges and was sentenced to 10 years in prison and life supervision as a sex offender.

Nader also spent a year in prison in the Czech Republic in 2003 for having sex with the same minor who later moved to the United States.

The writer added that Nader is not the only American who was recently accused of helping the UAE influence US policy. Last year, the Department of Justice issued an indictment against Thomas Barrack, a wealthy businessman and close friend and advisor to Trump, because he secretly acted as an agent for the UAE in an attempt to help. in furthering the objectives of the state's foreign policy.