Fifa "The Best" consolation prize? Robert Lewandowsi is seeking the title of best player of the year 2021 on Monday against Mohamed Salah and Lionel Messi, who deprived him of the Ballon d'Or, while... 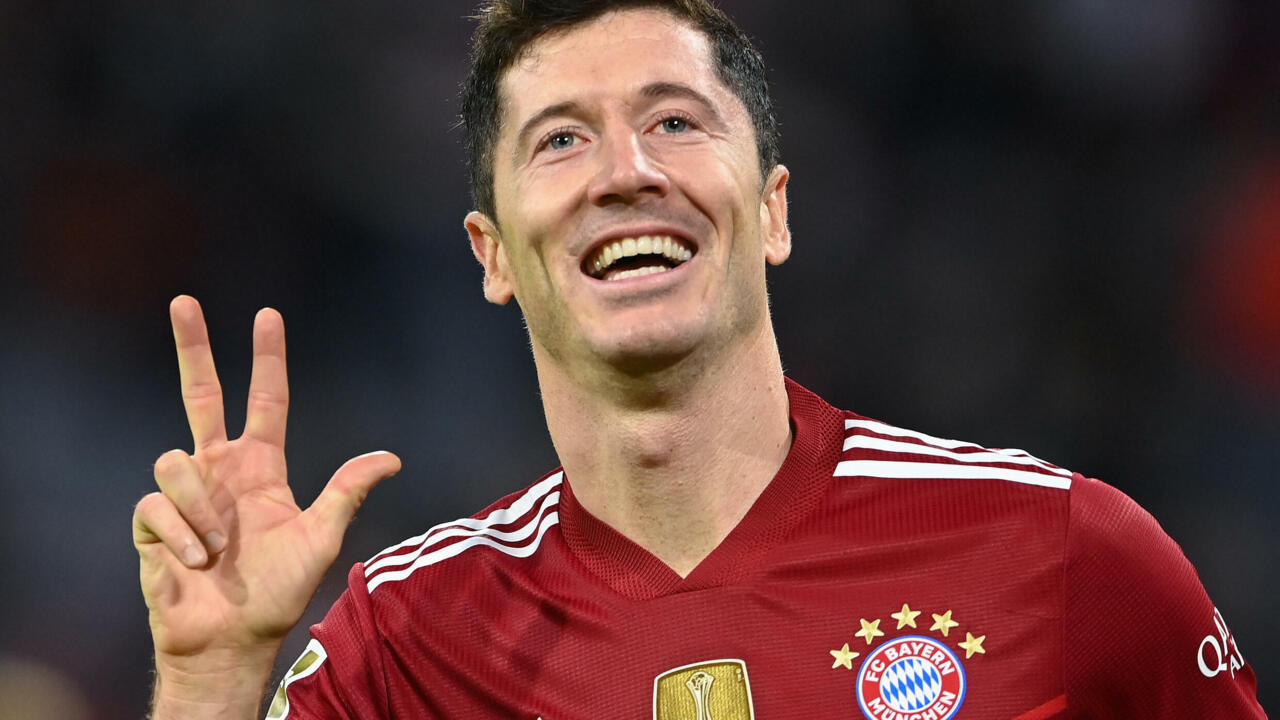 The Polish Bayern Munich striker is heading to the online trophy ceremony, scheduled for 7:00 p.m., with the label of big favorite to his own succession, a month and a half after leaving Paris as a disappointed runner-up to Messi .

"You broke records and you too would have deserved to win this Ballon d'Or. You had an incredible season," noted the Argentinian from Paris SG from the Châtelet theater on November 29, after having won the supreme trophy for the seventh time.

In 2020-2021, "Lewy" marched on the Bundesliga scoring 41 goals in a single season (with 29 matches actually played), one more than gunner Gerd Müller, record holder for half a century.

The European scene was less successful for the 33-year-old striker, eliminated with Bayern in the quarterfinals of the Champions League, while he was injured, and from the first round at the Euro with Poland, despite his three goals in three games.

Will Messi be able to step into this breach again?

The former FC Barcelona No.10, still in the adaptation phase at Paris SG, had a more prosperous summer by lifting the Copa America on July 10 in front of Brazil, his first major international trophy with Argentina.

However, the jury made up of coaches, captains, journalists as well as supporters from all over the world, had to decide by scrutinizing the performances carried out between October 8, 2020 and August 7, 2021 inclusive, according to the regulations.

A third finalist remains in the running after the vote, which ended a month ago: the Egyptian Mohamed Salah, whose start to the season panics the counters in Liverpool with already 23 goals in 26 matches, but who has not won no title last season.

The Reds striker, currently engaged with the Pharaohs in the African Cup of Nations, would become only the second African player to win the crown if crowned, after Liberian George Weah in 1995.

For the women's prize, the Spaniard Alexia Putellas leaves with a head start ahead of her compatriot Jennifer Hermoso and the Australian from Chelsea Sam Kerr, defeated by Barça de Putellas and Hermoso in the final of the last Champions League.

This is the same final trio as the Ballon d'Or, awarded to the 27-year-old midfielder, captain of Barça with whom she achieved an impressive Championship-Cup-C1 treble in 2021.

The winner will take over from the Englishwoman Lucy Bronze.

Other awards will be presented during this online gala, including the "Puskas" for the goal of the year for which the Argentinian Érik Lamela (Tottenham), the Iranian Mehdi Taremi (Porto) and the Czech Patrik Schick ( Leverkusen).

Bayern's German goalkeeper Manuel Neuer puts his title on the line in the goalkeeping category, against Italian European champion Gianluigi Donnarumma and Senegalese Edouard Mendy, winner of the C1 with Chelsea.

Among women, the succession of Sarah Bouhaddi is open with her now competitor in Lyon, the Chilean Christiane Endler (ex-PSG), the Canadian Olympic champion Stephanie Labbé, now at PSG, and the German Ann-Katrin Berger (Chelsea) .

The London 'Blues' have also placed coaches Emma Hayes and Thomas Tuchel in the running for the technician-specific accolade.

For women, the English manager of Chelsea faces the Spaniard Lluis Cortés (Barcelona), and the Dutch Sarina Wiegman, winner in 2020 and now coach of England.

Chelsea coach Thomas Tuchel is one of three finalists for the best coach award after winning the C1 final against Pep Guardiola's team on May 29, 2021 in Porto David Ramos POOL / AFP / Archives

As for Tuchel, the German competes with the Spaniard Pep Guardiola (Manchester City), whom he beat in the final of the 2021 Champions League, and with the Italian Roberto Mancini, European champion with the Nazionale .