Defense lecturer: "Why it is important to be present"

In the, according to Magnus Christiansson, senior lecturer in military science at the Swedish National Defense College, the unlikely event that Russia would invade Sweden, there are several reasons why the islands in the Baltic Sea play an important defensive role. 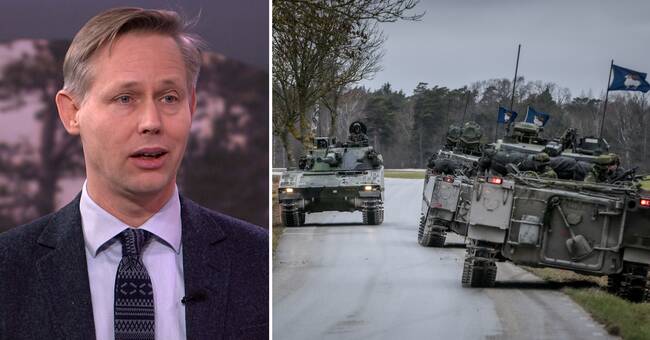 During Monday's Aktuellt, the senior lecturer emphasized the importance of setting up units, especially on Gotland, to, among other things, fight aircraft on their way to the country.

But when the question of Sweden could withstand an invasion on its own, the answer was crystal clear:

- No, not an individual attack with a definite Russian will.

That would be very difficult.

But Sweden's policy is based on cooperation with others.

The idea is to work with Finland and the USA to build up cooperation so that they have the opportunity to act together.