Presidential: a campaign flavor on the left, the vaccine pass adopted

Jean-Luc Mélenchon tried "a coup" to attract attention on Sunday with his "immersive and olfactory" meeting in Nantes, after the official entry of Christiane Taubira into the race presiding… 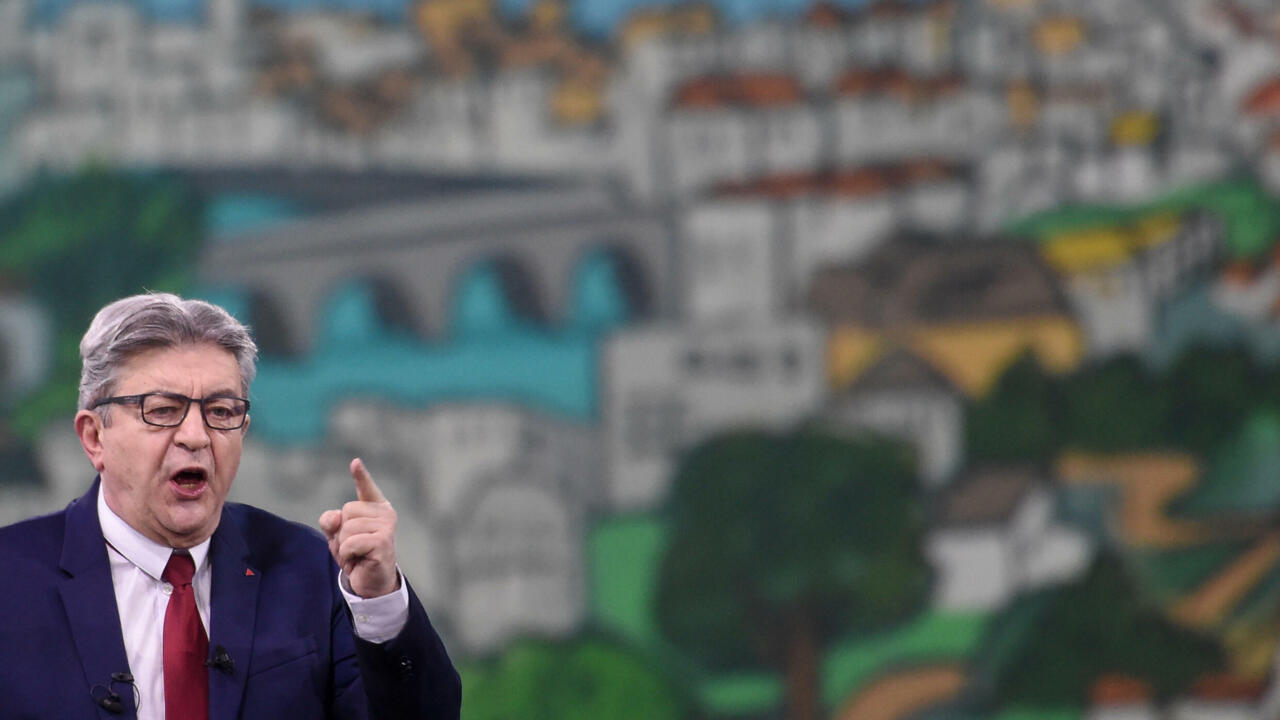 The majority finally obtained the final adoption in the evening of the controversial vaccine pass which gave rise to new demonstrations in the country on Saturday, less important than during the strong mobilization of the previous Saturday.

"It's sort of the start of the campaign. It had to be a bang and that's what we are doing in the homeland of Jules Verne", launched in introduction Jean-Luc Mélenchon at ExpoNantes, in front of 3,000 supporters invited to a new experiment in political activism.

He again attacked Emmanuel Macron who, according to him, divides society on the vaccine pass, calling it a "public danger".

His goal is to relaunch his campaign and allow him to stand out within an increasingly divided left and struggling in the polls.

For the time being, located around 10% of voting intention, he is ahead of Yannick Jadot by one to three points.

To do this, Jean-Luc Mélenchon's team saw things on a grand scale, with a structure whose four walls, 50 meters wide, and the ceiling are made up of screens to allow the broadcasting of these images. .

The environmental candidate Yannick Jadot was also on the offensive at the Grand Jury RTL-Le Figaro-LCI where he asked to "regain full control of EDF" by a change of status, by remaking a public industrial and commercial establishment ( EPIC).

And he also strongly criticized Emmanuel Macron's proposal on Sunday to charge the university, accusing him of being "the most anti-young president of the Fifth Republic".

Asked about the candidacy of Christiane Taubira, made official the day before, he replied that he intended to wage "war for the climate" and not "the squabble with the old left or within the old left" which, according to him, " has still not made an inventory of the quinquennium Holland".

"It's one more candidacy on the left and I think we didn't especially need it," lamented environmentalist Sandrine Rousseau on Sunday on franceinfo, who had lost the green primary against Yannick Jadot.

Socialist candidate Anne Hidalgo, for her part, judged on BFMTV that this candidacy which arrives "late" was "bad news" which creates "confusion".

For her, "the page" of the popular primary is "turned" and that it will have "no impact" on the rest of the campaign since Jean-Luc Mélenchon, Yannick Jadot and herself "will continue" whatever be the outcome.

Ms. Taubira, former presidential candidate in 2002 (2.32% in the first round) has promised to submit to this vote scheduled for the end of January (120,000 registered) for which she is the favourite.

On the far right, Eric Zemmour again explained himself on France 3 on the general bronca which he aroused after having denounced "the obsession with the inclusion" of disabled children and defended "specialized establishments" for school.

Even the President of the Republic criticized this position.

"We cannot claim to be in love with France and so deny what we are. A united, humanist nation, which neither divides nor stigmatises. A nation which, beyond political sensitivities, has always known how to make differences wealth and strength", commented Emmanuel Macron in private, according to comments reported by Le Parisien and confirmed to AFP by relatives.

The polemicist, tried in his absence in November for incitement to hatred after his remarks on unaccompanied minor migrants, will be fixed on Monday on his fate by the Paris Criminal Court.

The far-right French presidential candidate Eric Zemmour in front of the castle of Villers-Cotterêts, in Aisne, January 15, 2022 FRANCOIS NASCIMBENI AFP

Marine Le Pen, who will be the guest of the 20 hours of TF1, hopes to take advantage of these difficulties to definitively widen the gap on her rival among the “nationals”.

And install a new duel with the quasi-candidate Emmanuel Macron, as in a campaign clip published on Saturday.

The candidate of the National Rally, given in the first round elbow-to-elbow with Valérie Pécresse at 16-17% of the voting intentions, accused Wednesday Eric Zemmour, distanced at 12-13%, of serving as a "stepping stone" to the LR candidate for the second round.