Saturday's hostage-taking at a synagogue in Texas, which resulted in the release of all those held and the death of the kidnapper, was "an act of terrorism", a... 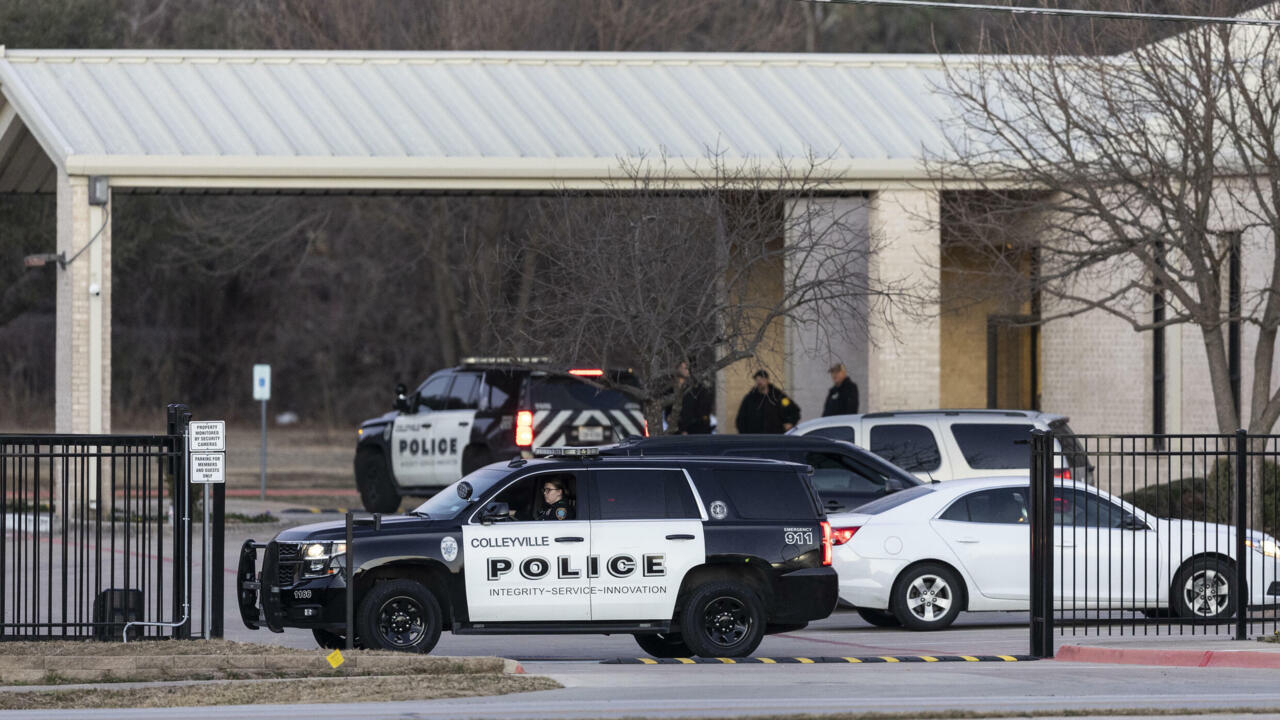 The hostage situation at the synagogue in Colleyville, Texas lasted more than 10 hours.

Saturday's hostage-taking at a Texas synagogue, which resulted in the release of all those held and the death of the kidnapper, was "

an act of terrorism

", US President Joe Biden said on Sunday during a of a trip to Philadelphia.

The perpetrator of the

According to the FBI, it is a British national named Malik Faisal Akram, 44 years old.

At this point, there is no indication of the involvement of anyone else

," US Federal Police said in a statement, adding only that investigators were continuing to "

analyze the evidence at the synagogue

" and that the investigations were continuing.

During a trip to Philadelphia, Joe Biden appeared to confirm reports that the suspect had requested the release of his "sister" Aafia Siddiqui, a Pakistani scientist sentenced in 2010 by a federal court in New York to 86 years in prison for attempted to shoot US service members while detained in Afghanistan. "

It was linked to someone

has been in prison for ten years

It was an act of terrorism

”, he hammered, considering that the hostage taker had apparently obtained his weapons “

The United Kingdom assured, through the voice of its ambassador in Washington Karen Pierce on Twitter, "

were in contact with US authorities and colleagues from the FBI

The hostages all safe and sound

The four hostages, including a respected local rabbi, Charlie Cytron-Walker, were all released unharmed on Saturday evening. The hostage-taking ended with a police intervention, a loud bang and gunshots in the Beth Israel Congregation synagogue in Colleyville, a town of about 23,000 people about 40 miles from Dallas. And by the death of the suspect – without it being known at this stage whether he committed suicide or was shot dead by the police.

is absolutely not involved

" in the hostage-taking, however, assured CNN in a statement to her lawyer. She confirmed that the man was not her client's brother and that the latter condemned his actions. Experts for their part pointed out that the word used by the man in Arabic was figurative and meant "sister" in the Islamic faith. This claim has not yet been officially confirmed by the authorities, who have also not said whether the man planted bombs in the synagogue.

Aafia Siddiqui is currently being held in a prison-hospital in Fort Worth, near Dallas.

Jihadist movements had in the past demanded his release.

She was the first woman to be suspected by the United States of links with Al-Qaeda, the Islamist network responsible for the attacks of September 11, 2001 in New York and against the Pentagon, which had earned her the nickname "Lady Al -Qaeda”.

Dallas FBI Special Agent Matt DeSarno didn't expand on the suspect's motives, saying only that based on lengthy and tense negotiations with law enforcement, he didn't seem to want to specifically threaten the community. Jewish. President Biden nevertheless pledged in a statement to “

address anti-Semitism and the rise of extremism in the country

This event is a stark reminder that anti-Semitism is still alive and we must continue to fight it around the world,

My thoughts are with the Jewish community and all those affected by this appalling act in Texas.

We condemn this act of terrorism and anti-Semitism