The Northern Lights over the Västmanland sky: "Mighty"

On the night before Saturday, you could see the beautiful, colorful park in the sky also in Västmanland. Fagerstabon Malin Sikström went out to the Semla area to see the light better. - I wanted to get away from the lights, she says. 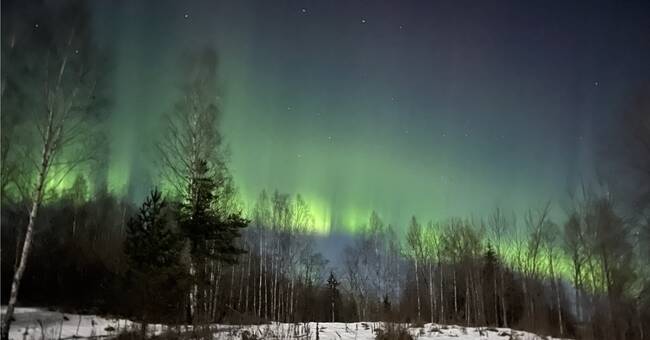 During Friday evening, you could see the northern lights over southern parts of Sweden, so also in Västmanland.

Malin Sikström was happy when she received a call from her son that it was possible to see.

She went out to Semla, just outside Fagersta to get a better look.

- It was fun to see, powerful, says Malin Sikström.

A beautiful glow in the sky during Friday night in Mölntorp.