“Big Dog Rescue Operation” .. A plan to save Johnson after the party scandal

Boris Johnson attended weekly parties organized by his staff during the pandemic, according to a press report published on Saturday that sparked new calls in the Conservative Party for the scandal-plagued British prime minister to resign. 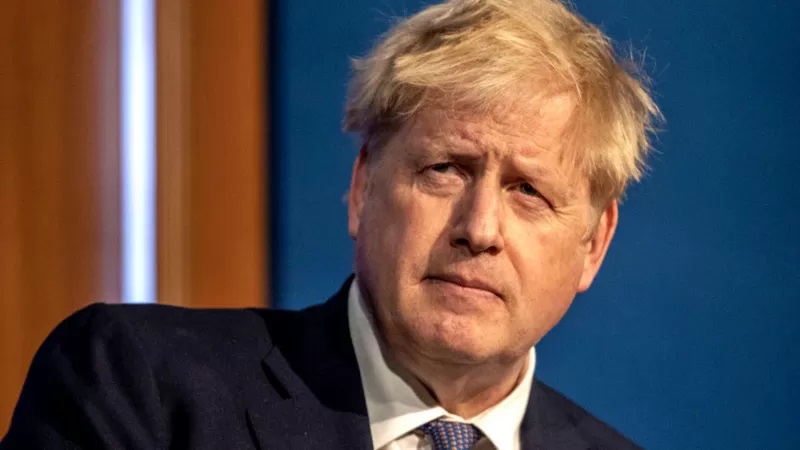 “Big Dog Rescue Operation” .. A plan to save Johnson after the party scandal

Boris Johnson attended weekly parties organized by his staff during the pandemic, according to a press report published on Saturday, which sparked new calls in the Conservative Party for the scandal-plagued British prime minister to resign.

Conservative MPs, many of whom spend the weekend in their constituencies, say they are receiving a torrent of letters from voters angry after the news of health rule violations in Downing Street.

Johnson is spending the weekend in quarantine after a family member tested positive for the virus.

The opposition Labor Party says Johnson is "effectively in hiding" and should resign.

An internal investigation led by Civil Service Officer Sue Gray is focused on finding out whether Johnson and his staff broke the law with knowledge of the COVID-19 lockdown measures.

A report is expected next week.

After weeks of denials and denials, Johnson this week apologized in Parliament for at least one party he organized and attended by his staff in May 2020 while Britons were under lockdown.

Two more ceremonies were held in April 2021, on the eve of the funeral of Prince Philip, husband of Queen Elizabeth II.

But these were not isolated parties, according to a Saturday report by the Daily Mirror, which published a photo showing a wine jar being delivered at the back door of Government House in December.

The newspaper said that employees were filling the fridge with large quantities of alcohol that were carried in suitcases, and that Johnson would sometimes come to "wine Friday".

"The idea that he was unaware of the presence of alcohol is just nonsense," the newspaper quoted an employee as saying.

"If the prime minister tells you 'get rid of the pressure', then this means that there is no problem," he added.

In response, a Downing Street spokesman said the government was waiting for the Gray investigation to "confirm the facts surrounding the nature of gatherings" during the pandemic.

But at least five conservative deputies said that they had already sent letters asking for a vote of confidence in the prime minister.

A vote of confidence would require a total of at least 54 letters from Tory MPs.

The Daily Telegraph reported that 20 messages have been sent so far.

Most cabinet ministers rallied around Johnson, but support from some, including Finance Minister Ricky Sunak, has been very tepid.

Retirement Minister Guy Opperman broke ranks to say Johnson "needs to change his ways", noting the cost to his family of the lockdown.

Since the Downing Street party scandal began to unfold last month, many Britons have recounted their harrowing experiences of not being able to say goodbye to loved ones on their deathbeds during lockdown measures.

And the scandal will likely cast a shadow over a plan by Downing Street that was reportedly called "Operation Big Dog Rescue" to save Johnson's leadership after the Gray report was published.

The Independent newspaper said that the plan would see the removal of top aides in Downing Street.