“The criminal community has ceased to exist”: the FSB stopped the activities of REvil hackers after the US appeal

The FSB and the Ministry of Internal Affairs of Russia stopped the activities of the REvil hacker group, which was engaged in theft and extortion of money using malware. The security forces found out the full composition of the criminal group and detained the suspects in several regions of the Russian Federation, confiscating more than 426 million rubles from them, as well as $ 600 thousand, € 500 thousand and 20 premium cars bought with the proceeds. The basis for the search for a group of hackers was the appeal of the competent authorities from the United States. The Russian side notified Washington of the operation. 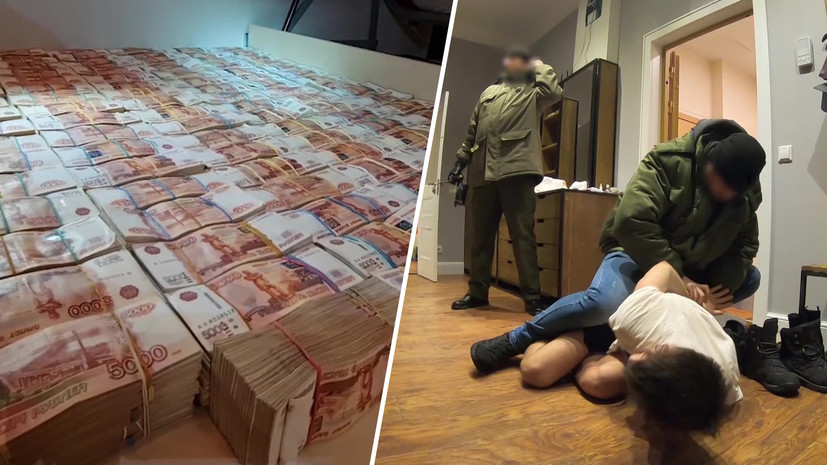 In Russia, the activities of the REvil hacker group, whose members were engaged in stealing money using malware, were stopped.

According to the Center for Public Relations of the FSB, joint operations with the Investigation Department of the Ministry of Internal Affairs of Russia took place in Moscow, St. Petersburg, Moscow, Leningrad and Lipetsk regions.

The basis for the search activities was the appeal of the competent US authorities, who spoke about the leader of the REvil community and his involvement in encroachments on the information resources of foreign companies.

It is known that attackers introduced malicious software, encrypted information and extorted money for its decryption.

FSB specialists have established the full composition of the REvil group and the involvement of its members in the illegal circulation of means of payment.

It is reported that members of the criminal community developed malware, organized the theft of funds from the bank accounts of foreign citizens and their cashing out.

“In 25 addresses at the places of residence of 14 members of the organized criminal community, funds were seized: over 426 million rubles, including in cryptocurrency, $ 600 thousand, € 500 thousand, as well as computer equipment, crypto wallets used to commit crimes, 20 cars premium class, purchased with money obtained by criminal means, ”the FSB release says.

The detained members of the group were charged under Part 2 of Art.

187 of the Criminal Code of the Russian Federation "Illegal circulation of means of payment".

Later, the Tverskoy Court of Moscow granted the request of the investigation and arrested two members of REvil, Roman Muromsky and Andrei Bessonov, for two months.

It is noted that representatives of the competent US authorities were informed about the operation carried out by the Russian security forces.

“As a result of the joint actions of the FSB and the Ministry of Internal Affairs of Russia, the organized criminal community ceased to exist, the information infrastructure used for criminal purposes was neutralized,” the FSB press service concluded.

The REvil hacker group was mentioned in connection with attacks on a number of facilities in the United States in 2021.

In particular, at the end of May, the Brazilian company JBS (the world's largest meat producer) announced that a hacker attack was organized against it, after which it was forced to suspend the operation of its factories in the United States.

Subsequently, the White House, citing representatives of the firm, said that a ransom may have been demanded from Russia.

In turn, the FBI issued an official statement accusing the REvil group of hacking JBS.

REvil has also been linked to attacks on Apple infrastructure and the Texas government.

Following a meeting in Geneva in June 2021, the leaders of Russia and the United States announced plans to conduct consultations on cybersecurity issues. According to Vladimir Putin, the parties agreed to work together in this area. At the same time, the President emphasized that the United States remains the leader in the number of cyber attacks from its territory among all countries of the world, while Russia is not on the list of leading countries in this regard.

In July, the presidents spoke by phone.

During the conversation, Joe Biden urged Moscow to stop hackers from Russian soil and vowed to "take action" to protect the critical infrastructure of the United States.

In turn, the Kremlin then reported that no appeals had been received from the competent US departments on combating cybercrime, "despite the readiness of the Russian side to jointly suppress criminal manifestations in the information space."

The topic of cybersecurity was also mentioned during the talks between the two presidents in December.

Also on russian.rt.com Ukraine, the work of diplomatic missions and the fight against cybercrime: what Putin and Biden discussed during the negotiations

Note that in June 2021, the head of the FSB, Alexander Bortnikov, said that Russia would work with the United States to search for hackers as part of the agreements reached at the highest level.

“We carry out actions within the framework of the agreements that were implemented by our presidents.

So we will work together, we hope for reciprocity, ”said Bortnikov.

In early November, Chris Inglis, director of cybersecurity in the US administration, said at a hearing in the House of Representatives that hackers have become less likely to attack from Russian territory.