Trial of November 13: Mohamed Abrini is evasive on the facts

At the trial of the attacks of November 13, 2015, the second day of interrogation of Mohamed Abrini, this 37-year-old Belgian, childhood friend of the accused Salah Abdeslam and the coordinator of the November 13 commandos,… 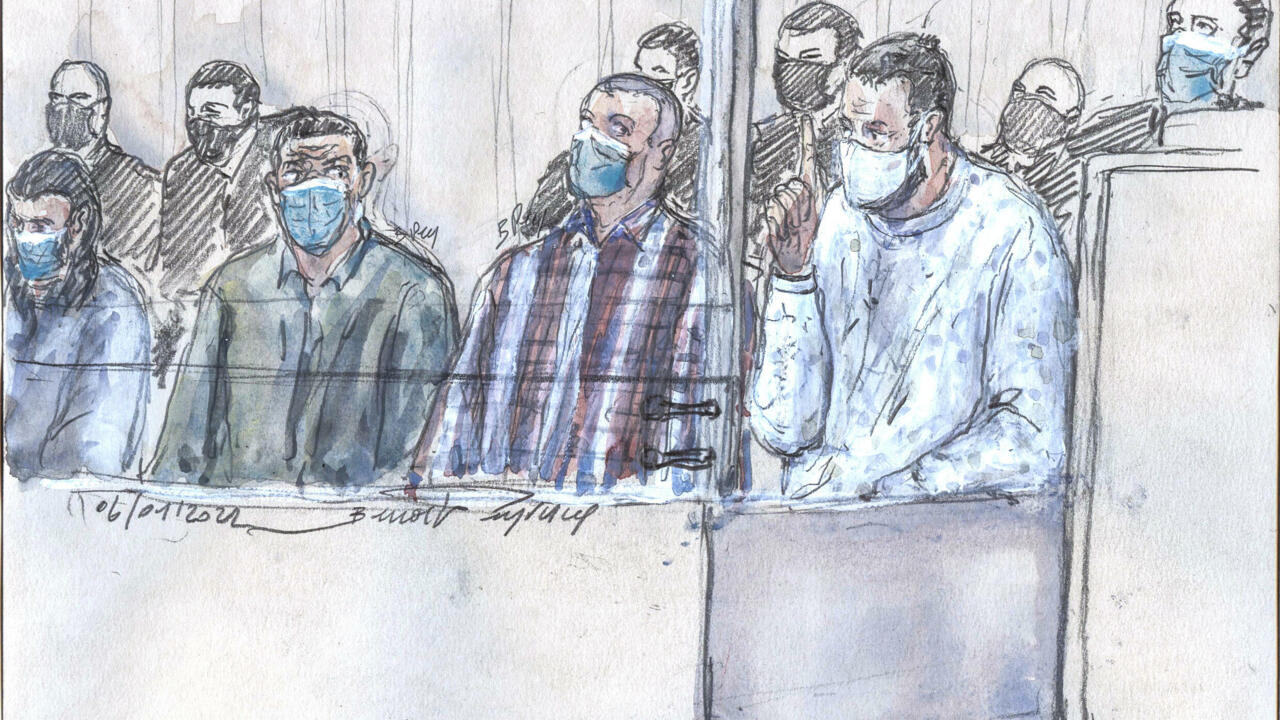 Trial of November 13: Mohamed Abrini is evasive on the facts

From left to right, the co-defendants Osama Krayem, Mohamed Abrini, Mohamed Amri and Salah Abdeslam at the trial of the November 13 attacks.

At the trial of the attacks of November 13, 2015, the second day of interrogation of Mohamed Abrini, this 37-year-old Belgian, childhood friend of the accused Salah Abdeslam and the coordinator of the November 13 commandos, Abdelhamid Abaaoud.

The court heard him this Wednesday January 12 on some of the charges against him, in this case his stay in Syria in the summer of 2015 and his return to Europe, via England where he recovers money , at the request of Abaaoud.

Rather verbose Tuesday on his relationship to religion, assuming his adherence to the theses of the Islamic State, Mohamed Abrini was much more evasive.

Mohamed Abrini admittedly recognizes the facts which are reproached to him in broad outline: he went to Syria in June 2015, to see the grave of his brother killed in action, he said;

he met Abdelhamid Abaaoud there, who offered to stay and take up arms, which he refused, he maintains.

On the other hand, with each specific question: who helped him for this trip, who he met, what he said to himself, the “

To the assessor who lists her telephone contacts, "

you can ask me

1,000 questions on details like that, I cannot answer you

" which escape him, voluntarily or not, there are many ...

As are the versions of the recipient of the money Abaaud sent him to collect in England.

Did you finally keep it?"

And why did he pass by the Manchester stadium?

For sightseeing, answers the accused.

And why did you come back through Paris?

To avoid being arrested in Belgium where he had a sentence to finish, he pleads.

To the court, which suspected him of possible scouting for attacks, he explained that she suffered from the "

" typical of terrorism cases, then fell back into amnesia as soon as his interlocutor tried to substantiate his theories.

Faced with the skepticism of a victims lawyer, he ends up getting annoyed: “

Listen, I will surely take life imprisonment, I have a second trial in Belgium where I will also take life.

What interest would I have in lying?

I have nothing to lose