Trial of November 13: at the bar, Mohamed Abrini does not deny anything of the attacks

Four months after the opening of the trial, it was Mohamed Abrini, one of the organizers of the November 13 attacks, who opened the first phase of interrogation of the accused on Tuesday. The Belgian of 37 ... 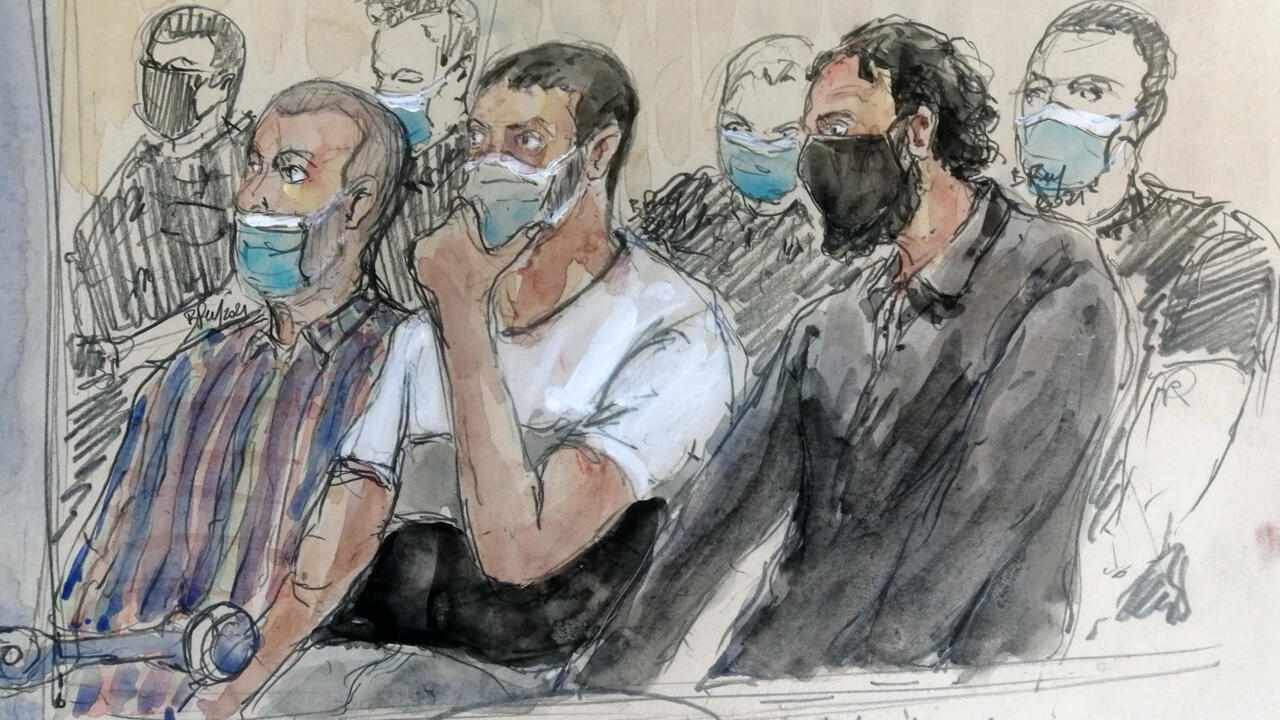 We used to refer to him as "the man with the hat". He is also presented as the childhood friend of Salah Abdeslam. Less media than his accomplice in Molenbeek, Mohamed Abrini is however far from being a second knife. He is accused of having been part of the Belgian cell which organized the attacks in Paris and Saint-Denis, on November 13, 2015, as well as those in Brussels, on March 22, 2016. He faces life imprisonment. It is therefore not surprising that he was the first of the 14 accused to be heard on January 11 and 12 to deliver his version of the facts.

During the first part of his interrogation, Tuesday, January 11, the 37-year-old Belgian did not deprive himself of it. Prolix, the man in the plaid shirt first gave the opportunity to the court to note that he had not denied anything of his jihadist inclinations. "Islam as it was taught by the prophet is not compatible with democracy," blurted the accused in front of a visibly indignant courtroom, judging by the hubbub from the audience. "For me, Sharia is divine law. It is above the law of men." Moreover, if he was free, "he would go and live in a country where Sharia law is applied." And to continue, "for you, a man who has three wives is 'weird',you manage to make controversies even for halal. "However, the man denies being radicalized." For you, it is radical. For me, this is normal Islam ".

On this 66th day of the trial of the attacks of # 13November, it will be about the trip to England of the accused Mohamed Abrini.

The spotting (and the tourist photo with the Iron Men) had been revealed by @Mediapart in 2017.https: //t.co/r1fdce8hF7

From petty crime to terrorism

At the beginning of November, the court had already had the opportunity to discuss his childhood and then his journey of radicalization. During this personality questioning, everyone was able to discover their life before. Before he accompanied two suicide bombers, on March 22, 2016, at Brussels-Zaventem airport, then fled and was finally arrested on April 8 in Anderlecht. Even before he drove Brahim and Salah Abdeslam from Brussels to Paris, the day before the attacks, on November 12, 2015. A normal existence that began on December 27, 1984 in Berchem-Sainte-Agathe, a small town in Brussels. Born to Moroccan parents, the second in a family of six children, the young Belgian admitted that he lacked nothing. "We did not come out of our mothers' wombs with a kalash in our hands:we were children, ”he stressed behind the window of his box.

He smokes cannabis, drinks, goes out to nightclubs a lot and goes to casinos.

Then comes the time of burglaries, short prison sentences, interspersed with odd jobs in interim, sometimes occupying a job of surface technician or waiter at Quick.

He frequents the bar Les Béguines every day, where he rubs shoulders with his future terrorist acolytes, who are only interested in drug trafficking.

His friends from that time are called Abdelhamid Abaaoud, the coordinator of the November 13 attacks, Ahmed Dahmani, imprisoned in Turkey and suspected of being a logistician of the jihadist cell and the brothers Brahim and Salah Abdeslam, who run the café.

The tipping point towards radicalization

Then a decisive event tipped the young man's life towards Islamist radicalization.

A week before his release from prison, sentence served from January to September 2014, he discovers that his little brother Souleymane was killed in Syria after joining the ranks of the Islamic State group.

From then on, he began to frequent mosques, read the Koran, of which he ignored almost everything, and cherished the idea of ​​going in turn to wage jihad in Syria.

Abrini: "The place where my little brother had entered was 200km away.

The president: you left for 3 days (to meditate on your brother's grave)

During the new interrogation of January 12, Mohamed Abrini ends up acknowledging that he did indeed go to Syria between June 23 and July 9, 2015 to reflect "initially" on the burial of his brother. “At the time, I didn't know anything about religion,” he explains. The day before the hearing, he took advantage of the start of his questioning to say how proud he was of this younger brother who died in combat in August 2014. "He went there to fight. a corrupt regime, that of Bashar al-Assad ". With the remarks of the president who assures him that his brother was part of a brigade known for its cruelty, including towards the civilians, he still sees nothing reprehensible. "It's war, that's how it is. […] C 'it is a duty for all Muslims to go and wage jihad ".

And when President Périès reminds him of the chronology of events, insisting in particular on the fact that the French bombings in Syria "only started in September 2015", Mohamed Abrini is annoyed. “One has the impression to hear children, 'it is you who started it!'” Then he explains that there had been “before drone strikes which killed civilians”. 'take it to people on the terrace, at concerts? "Asks the president." The disgusting things, it does not come only from one camp ", concludes Mohammed Abrini who seems to have the answer to everything. committed by members of the Islamic State organization, he finds the parade again, even if it means falling into provocation. "There have also been beheadings in France. You cut off your king's head ... "

Some nuances all the same in some of his remarks. He admits that he cannot blow himself up. "Me that, I am not able to do it, I always said it. I am able to take up the weapons, to go to fight. But not that." During the attacks in Belgium, CCTV footage showed him pushing a bomb on a cart at Zaventem airport, accompanying the two suicide bombers. Without ever taking action.

To the pressing questions of Me Maktouf, lawyer of the civil parties, he specifies: "Me, I did not kill anybody. I was not in France, he hammered undoubtedly revealing his line of defense. A defense which could be undermined for the one who confessed to having led the terrorists in the Paris region and participated in the "death convoy" on November 12, 2015.