Deltacrone strain .. Is it real or a laboratory error?

Several media reports dealt with the emergence of a new strain of Corona bearing common characteristics from the Delta and Omicron strains, called “Deltacrone”, so what are the details? And how credible is this discovery? 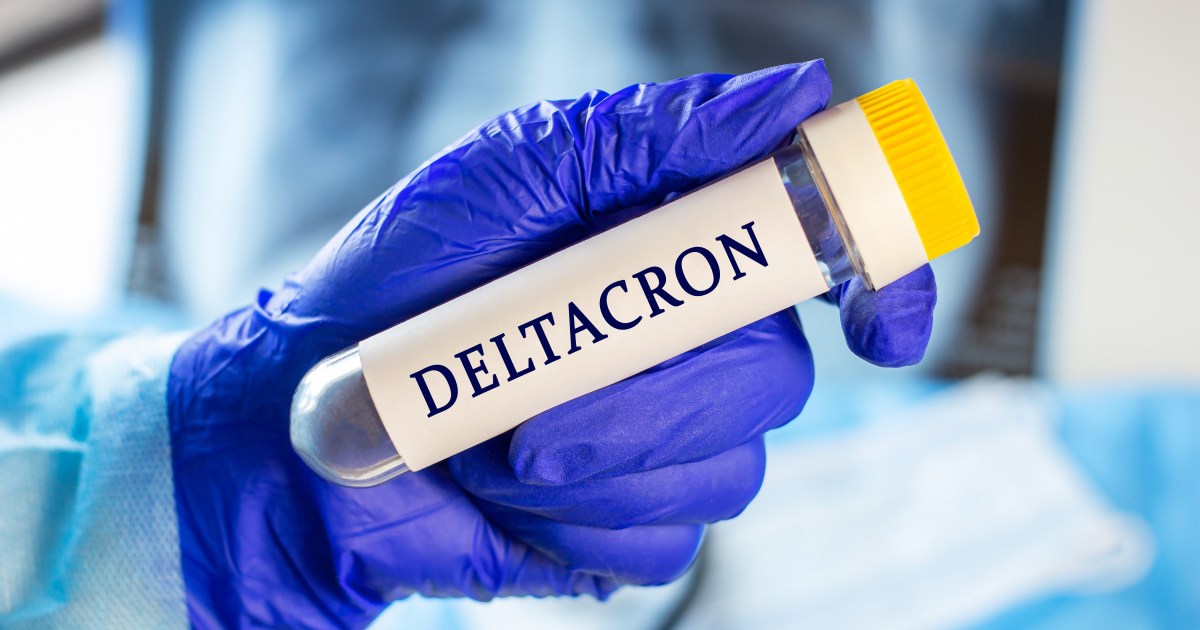 Several media reports dealt with the emergence of a new strain of corona bearing common characteristics from the Delta and Omicron strains, and it was called “Deltacron”, so what are the details?

And how credible is this discovery?

Here are the answers in this report, along with new data on Omicron's impact on healthcare systems.

Last Saturday, Bloomberg Agency quoted Leondios Kostrikis, Professor of Biological Sciences at the University of Cyprus, for discovering Omicron-like "genetic signatures" within the genomes of the Delta strain.

Kostrikis and his team said that they found 25 similar cases, and added - in an interview with the Cyprus TV network Sigma last Friday - that "we will see in the future if this strain is more pathogenic or contagious," but added that he believed that Omicron would eventually remain the dominant strain.

Kostrikis is Professor of Biological Sciences at the University of Cyprus, and Head of the Laboratory of Biotechnology and Molecular Virology.

According to a Bloomberg report, statistical analysis shows that the relative frequency of co-infection is higher among hospitalized COVID-19 patients, compared to non-hospitalized patients.

The sequences of 25 deltachron cases were submitted to the international database "GISAID" that tracks changes in the virus on January 7.

"We'll see in the future if this strain becomes more pathogenic or contagious or if it wins" over Delta and Omicron, he said, but his personal view is that this strain will be replaced by the highly contagious Omicron strain.

On the other hand, some experts have questioned the alleged new strain, pointing to evidence that it is likely due to laboratory contamination between Delta and Omicron.

In addition, it is very likely that this is a common infection between the two strains, according to Dr Tom Peacock, a virologist at Imperial College of Infectious Diseases in Britain.

"The Cypriot deltachron sequences reported by many major media outlets appear to be clearly contaminated," Peacock tweeted on Saturday.

Peacock further explained that contamination is very common when new variables are arranged in laboratories.

He said contamination can occur even with "very, very small volumes of fluid".

Before classifying a new variant, Peacock says, the alleged strain must be discovered in several other laboratories first.

On Sunday, Kostrikis defended his findings, and said - in a second report to Bloomberg - that the "Deltacron Covid" strain is not wrong.

The scientist confirmed the existence of the new strain of Covid-19, which combines the characteristics of the delta and omicron variables.

Other scientists have speculated that Leondios Kostrikis' findings are the result of laboratory contamination.

But Kostrikis told Bloomberg - in an e-mailed statement on Sunday - that the cases he identified "indicate an evolutionary pressure for an ancestral line to acquire these mutations, and not as a result of a single recombination event", meaning that evolution is real, not wrong.

How does Omicron threaten healthcare systems?

Europe's health care systems are again under pressure due to the rapid spread of the omicron mutant during the holidays, with large numbers of medical personnel infected and isolated, while experts say Europe is not yet at the peak of the spread, according to Reuters.

Although initial studies showed a lower risk of serious illness or hospitalization due to omicron compared to its predecessor delta mutant, health care networks in Spain, Britain, Italy and elsewhere found themselves in very difficult conditions.

On Friday, Britain began deploying members of the army to support hospitals, which are suffering from a shortage of workers and severe pressure due to record cases of infection in the country.

In the United States, hospitals are delaying surgeries to make doctors and beds available.

In Spain, the health care network is under so much pressure that on the penultimate day of 2021 in the northeastern Aragon region, the authorities allowed retired health care workers to be brought back to work.

Infection rates in the Netherlands are also rising sharply among hospital staff, especially among nurses and their assistants, according to what was reported by the Daily Telegraph last Friday after a survey of 8 major hospitals.

In the worst cases, one in four tests positive, as is the case at the University Medical Center Amsterdam;

Tests showed a quarter of workers contracted COVID-19 before Christmas, compared to 5% a week earlier.

In Italy, the problem of injuries among medical staff, which numbered more than 12,800, is exacerbated, according to data collected last week, excluding unvaccinated staff members, who represent 4% of workers.

In the latest attempt to bridge the gap in healthcare services, Italian medical authorities have canceled and rescheduled holidays for workers, and canceled or postponed surgeries not classified as urgent.

Last Friday, British Health Minister Sajid Javid said that with the rate of hospital admissions rising to its highest level since last February, the British National Health Service is expected to suffer from more pressure due to the high incidence of Covid-19 among the elderly.

Javid said - in broadcast statements - "We are still seeing an increase in hospital admissions, especially with the increase in injuries among the elderly. This is worrying, I think we have to be honest, when we look at the authority, we expect it will be very difficult during the weeks." the next few."