"There are no new ideas": why Kiev once again demanded that Europe abandon Nord Stream 2

Ukrainian Ambassador to Germany Andriy Melnyk said that European countries need to abandon the Nord Stream 2 gas pipeline, and called this step part of "tough preventive measures against Moscow." According to him, the West should not make "any sluggish compromises with Russia at the expense of the Ukrainians." Melnik also believes that the Russian Federation should be subjected to international isolation "as a rogue state." Earlier, Ukrainian President Volodymyr Zelensky asked American senators to support a bill that would involve the US imposing sanctions against Nord Stream 2. According to experts, since Kiev has no new ideas, it rebroadcasts old, "already hackneyed" calls, not wanting to admit that the restriction policy towards Russia has failed. 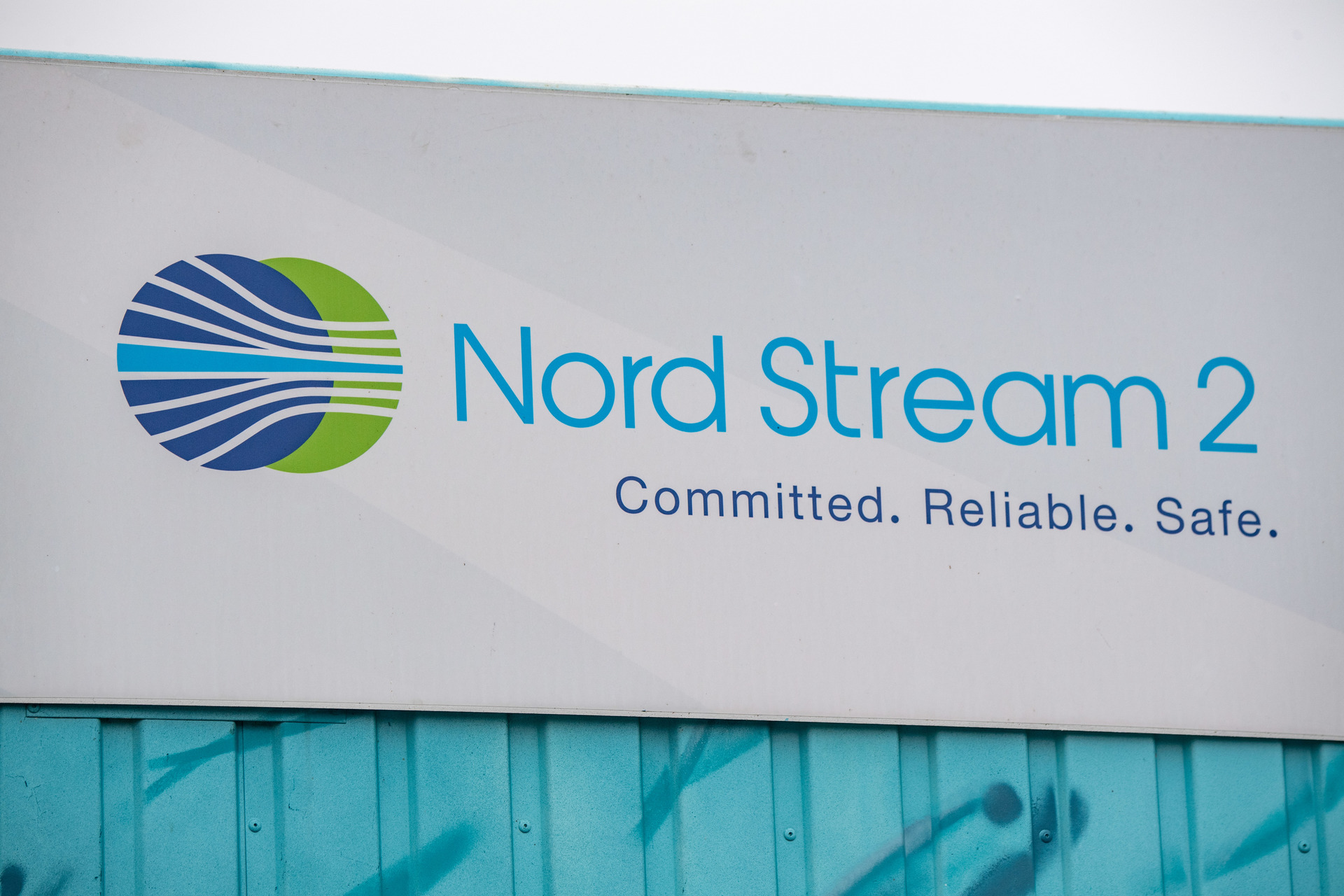 He stated this in an interview with the newspapers of the Funke media group.

“To be able to prevent a new Russian invasion, our partners in Europe and the United States must take very tough preventive measures against Moscow,” Melnik said.

"The final ban on the Nord Stream 2 gas pipeline should be included in the catalog of such measures."

According to the Ukrainian diplomat, the West should not make "any sluggish compromises with Russia at the expense of the Ukrainians."

Melnik also believes that the Russian Federation should be subjected to international isolation "as a rogue state."

After statements on what and how Germany should do with respect to the constructed gas pipeline, the diplomat called on the German government to actively advocate for Ukraine's quick accession to NATO and the EU. In addition, he demanded that Berlin "abandon the existing - absolutely morally unacceptable - blocking position and urgently provide Ukraine with the necessary defensive weapons." According to Melnik, Kiev expects "large-scale military support" from Germany.

It is worth noting that earlier the Ukrainian ambassador to Germany has already made calls to the new German government about the need to introduce new sanctions against Moscow.

In a commentary to the Berliner Zeitung on December 8, 2021, he called on the German federal government to publish a list of "harsh punitive measures" against Russia, including a ban on the operation of Nord Stream 2 if the Russian Federation "starts military action" against Ukraine.

However, Moscow has repeatedly rejected the existence of such plans.

The topic of imposing restrictions on Nord Stream 2 was recently raised by Ukrainian President Volodymyr Zelensky.

Calling the US senators "friends", he approached them on Twitter with a request to support the bill put forward by Republican Ted Cruise.

Dyakuyu @SenSchumer and @SenTedCruz for the year put on the vote the zupinka of the Russian "Pivnichnaya stream - 2".

🇺🇦 ask your friends from the US Senate to approve the law on the energy security of Europe S.3436: https://t.co/rnnYfGDagr

Recall that the initiative to vote for restrictions on Nord Stream 2 in December 2021 was made by US Senator Ted Cruz from Texas.

In his opinion, in this way the legislators "will oppose Putin, stop Russian aggression and support Ukraine, plus, in fact, the whole of Europe and even part of the German government."

The document, proposed by Cruz, refers to the application of restrictive measures against organizations that are responsible for the planning, construction or operation of the pipeline, as well as the employees of these organizations.

In addition, the bill provides for a review by Congress of the decision to remove restrictions related to Nord Stream 2, in accordance with the Countering America's Adversaries Through Sanctions Act (CAATSA).

In his Twitter, Cruz wrote that a vote on the bill will take place this week and that each senator must decide for himself, "he is ready to confront Russia or not."

This could not be more important.

The Senate will vote this week.

Each Senator must decide if they're willing to stand up to Russia or not.

At the same time, on January 6, during a briefing for journalists, the head of the press service of the US State Department, Ned Price, said that the department opposed the adoption of this document, noting that such a bill "does not represent a real effort to combat further Russian aggression or to protect Ukraine." ...

“Our concern is that if passed, this piece of legislation would only undermine the unity between our European allies at an important time when we need to act as a united front in response to Russian threats against Ukraine,” said Price.

In turn, the Bloomberg agency on January 9 published an article that the West also lacks a consolidated position on anti-Russian sanctions, including restrictions against Nord Stream 2.

“According to those who are aware of the problem, the concern of some large European states about the negative economic consequences increases the risk of disagreement with the United States about how hard Russia should be hit with new sanctions if it invades Ukraine,” writes Bloomberg.

Citing its sources, the agency writes that a number of Western European countries - members of the EU have shared with the United States concerns about the possible damage to their own economies due to anti-Russian sanctions.

"European states are also worried that Russia is likely to retaliate, perhaps even cutting vital gas supplies to a continent that is already struggling with record high energy prices," Bloomberg said.

In addition, the authors of the article remind that any pan-European response should be coordinated with all 27 EU member states, "which generally have different views of Russia."

"A former official with ties to the current US administration said that one of the concerns is the extent to which Germany will provide support, which has just completed the construction of the Nord Stream 2 gas pipeline from Russia," the newspaper notes.

As Oleg Nemensky, a leading researcher at the Russian Institute for Strategic Studies, noted in a conversation with RT, recent statements by the Ukrainian leadership on the topic of anti-Russian sanctions, including restrictions against Nord Stream 2, indicate that Kiev is consistent in its aggressive policy towards Russia.

“Ukraine sees no reason to change its rhetoric and set of initiatives.

Zelenskiy decided to make the fight against the gas pipeline the highlight of his stay in power.

This is an information campaign in which the theme of Nord Stream 2 is used for new accusations against Russia, ”the expert said.

However, according to Nemensky, “this line is a failure,” and the statements of the Ukrainian authorities addressed to Europe and the United States will in no way affect the process of putting the gas pipeline into operation.

“It is already obvious that Nord Stream 2 will be commissioned.

A number of European countries need this.

But since Kiev has no new ideas, it rebroadcasts old, already worn-out appeals.

Ukraine simply cannot admit that its entire policy of countering this project has failed, ”the analyst said.

At the same time, Nemensky believes that the majority of senators and representatives of the White House will simply ignore the calls of the Ukrainian authorities.

“The gas pipeline can no longer be blocked, it is already ready, it remains only to wait for its certification,” the expert recalled.

Commenting on the Ukrainian ambassador's calls to impose other anti-Russian sanctions, in addition to the restrictive measures regarding Nord Stream 2, Nemensky said that in response Russia could also introduce restrictions that would naturally negatively affect the Western economy.

“At the same time, the Russian Federation will not use gas supplies for political purposes.

Nothing will change in this regard, ”the analyst emphasized.

The ambassador of Ukraine to the Federal Republic of Germany once again "in an unceremonious manner dictates to Europe and Germany what to do," Vladimir Olenchenko, senior researcher at the Center for European Studies at the IMEMO RAS, said in an interview with RT.

“Kiev actually chops off the branch on which it sits.

Ukraine wants to join the EU, but at the same time does not stop aggressive attacks on the FRG, behaves unethically and does not comply with the status of a country that would like to join the union, where there are certain norms of behavior that Kiev does not intend to observe, ” said the analyst.

In turn, American political scientist Malek Dudakov emphasized that "frightening the public" by stopping Russian gas supplies is "a favorite practice of Western media, including Bloomberg."

"However, Moscow is a respectable partner and will not agree to such measures even in a very unpleasant situation associated with anti-Russian sanctions," he said in a commentary on RT.

According to Dudakov, the latest attacks by the Ukrainian authorities against the Russian Federation related to sanctions, including against Nord Stream 2, only once again confirm Kiev's focus on "an openly Russophobic policy."

According to the expert, Ukraine is unsuccessfully trying to postpone the launch of the pipeline with its statements.

“The Biden administration is looking at this situation more soberly and rationally than Kiev or some American lawmakers.

The White House understands that the project is extremely important for both the Russian Federation and the Federal Republic of Germany.

Therefore, the American authorities finally do not want to quarrel with these countries.

But this approach runs counter to the opinion of both Kiev and some circles in Washington, "the analyst summed up.