Watch.. Iraqi deputies close to the protesters head to the new parliament in a tuktuk

Iraqi deputies close to parties emanating from the popular protests went to the Iraqi parliament building in tuk-tuks and on foot, in a scene closer to the street scene. 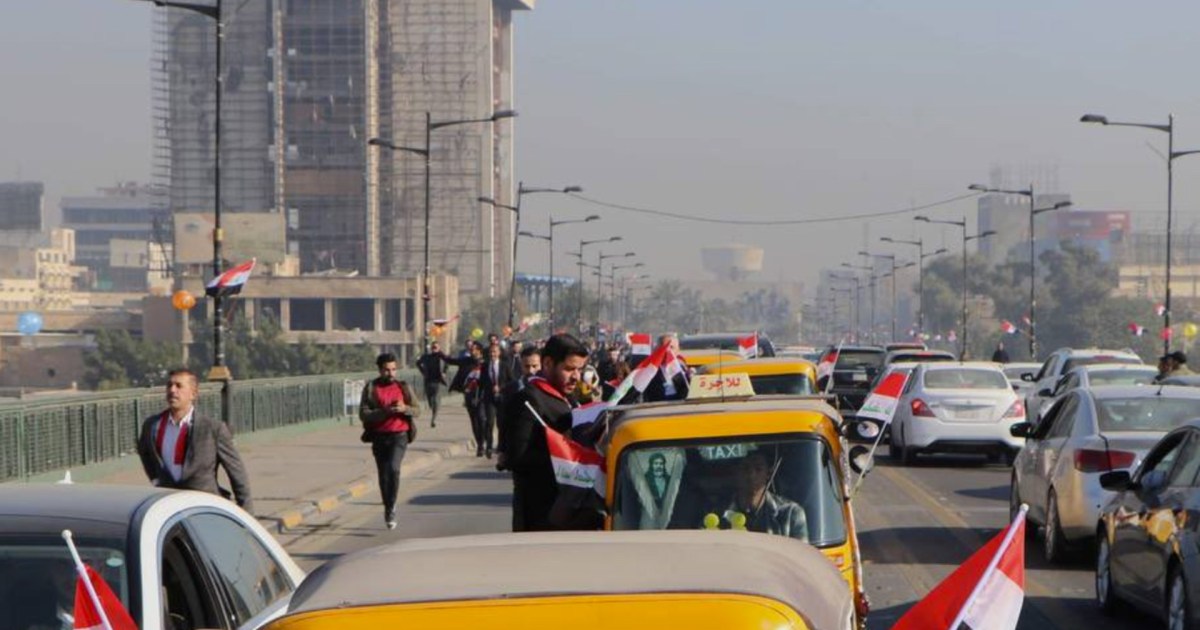 Al-Jazeera correspondent in Iraq said that deputies close to parties emanating from the popular protests went to the Iraqi parliament building in tuk-tuks and on foot, in a scene closer to the street scene.

Members of the "For the People" coalition - which includes the extension movement and the new generation - gathered in Tahrir Square in central Baghdad, the center of the popular protests that began in October 2019, and crossed the Jumhuriya bridge linking Tahrir and the Green Zone;

Where the seat of the House of Representatives, independent of the "tuk-tuk", because of the symbolism it carries during the popular protests, as it was used to transport the wounded and injured.

Members of the #Extension movement on the way to the first session of the #Iraqi Parliament pic.twitter.com/T9hLqNQSFR

Video clips posted by Iraqis on social media platforms showed that these MPs started to attend the first session of the new parliament, taking the tuk-tuk.

Representatives of the Emtada movement and the New Generation and some independents enter the Green Zone with "tuk-tuk" to attend the first parliament session.

From Tahrir Square in the center of the capital, Baghdad, representatives of the extension movement and the movement of the new generation are heading towards the parliament dome by means of a tuk-tuk wheel to come to the Iraqi Parliament in its fifth session to hold the first session and take the constitutional oath.# Movement_Extension pic.twitter.com/c0H6NArFAs

This is the first time that protest forces have participated in the parliamentary elections, as the extension movement won 9 seats in the House of Representatives, and it represents the regions of central and southern Iraq, while the New Generation Movement, which is active in the regions of the Kurdistan region of Iraq, won 9 seats in the parliament, to be an alliance For the people, which includes them together 18 deputies out of a total of 329 deputies in the Council.

Today, Sunday, the first parliament session will witness the swearing-in of the deputies who won the legislative elections that took place on the tenth of last October, and the election of a speaker and two deputies.