China-Singapore Jingwei, January 8 (Dong Xiangyi) There are nearly 300 million migrant workers in my country, and the Spring Festival is approaching, so that it is a major event for migrant workers to have a "wage" worry-free Chinese New Year. According to statistics from China-Singapore Jingwei, all 31 provinces have taken action to rectify arrears of wages, requiring them to be cleared before 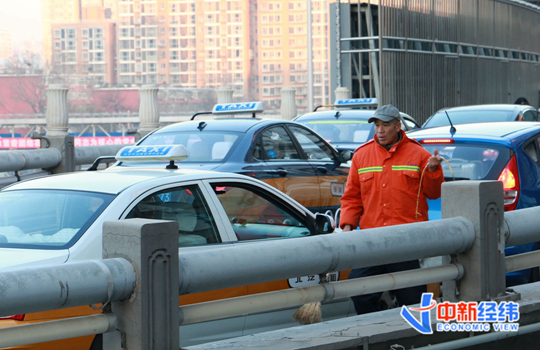 China-Singapore Jingwei, January 8 (Dong Xiangyi) There are nearly 300 million migrant workers in my country, and the Spring Festival is approaching, so that it is a major event for migrant workers to have a "wage" worry-free Chinese New Year.

According to statistics from China-Singapore Jingwei, all 31 provinces have taken action to rectify arrears of wages, requiring them to be cleared before the Spring Festival in 2022.

According to the "Notice on Launching the Winter Special Action to Rectify Arrears of Wages" issued by the Office of the State Council's Leading Group for Rooting Wages of Migrant Workers Focusing on enterprises in multiple industries, we will implement centralized and special governance on wage arrears nationwide.

All verified wage arrears should be settled before the Spring Festival in 2022.

The official said that it is necessary to do a solid job of returning migrant workers to their hometowns and returning to work after the holiday, strengthen care and assistance for migrant workers in difficulty, and further promote the special winter campaign to eradicate wage arrears, so that migrant workers can have a happy and peaceful holiday.

Focusing on enterprises in the engineering construction field and other industries that are prone to wage arrears, Beijing has implemented centralized and special governance on wage arrears.

Comprehensively check the approval management of projects under construction, the payment of construction costs (labor costs), and the supervision of funds, and resolve the risk of arrears at the source.

Urge subcontracting enterprises to be directly responsible for the wage payment of the migrant workers they recruit, and no unit shall deduct or default on the wages of migrant workers on the grounds that the project funds are not in place, and shall not transfer business risks such as contract receivables to migrant workers.

Shaanxi requires that, focusing on enterprises in the engineering construction field and other industries that are prone to wage arrears, a centralized and special rectification of wage arrears is implemented.

It is required that all verified wage arrears should be settled before the Spring Festival in 2022.

Jiangxi will organize a special winter campaign to eradicate wage arrears from November 1, 2021 to the Spring Festival in 2022.

Liaoning issued a document requesting that all verified wage arrears should be resolved before January 30, 2022.

The key industries, fields and enterprises investigated in this winter special campaign to eradicate wage arrears are: engineering construction fields that recruit more migrant workers, labor-intensive processing and manufacturing industries, off-campus training institutions, and those that have hidden wage arrears to migrant workers due to the epidemic other companies.

From November 2021 to the Spring Festival in 2022, Sichuan and Chongqing will simultaneously carry out a special winter campaign to eradicate wage arrears, intensify the investigation and punishment of malicious wage arrears and illegal acts, and implement joint efforts for employers and individuals whose wage arrears cause significant social impact. Punishment and jointly safeguard the legitimate rights and interests of migrant workers in Sichuan and Chongqing.

Arrears of wages will be jointly punished for dishonesty!

This year, the state still maintains a high-pressure situation and imposes strong punishments on wage arrears.

The Ministry of Human Resources and Social Security issued the "Interim Measures for the Administration of the List of Targets for Joint Punishment for Untrustworthy Migrant Workers' Wages and Dishonesty", which will come into force on January 1, 2022.

The measures are clear, if the employer deducts or owes the wages of migrant workers for no reason to the standard for the crime of refusing to pay labor remuneration, or the illegal act of defaulting on wages to migrant workers causes mass incidents or extreme events that cause serious adverse social impacts, the administrative procedures for human resources and social security shall be approved. Departments lawfully order wages to be paid within a time limit, and if payment is not made within the time limit, the employer and its legal representative and other relevant responsible persons shall be included in the list of joint disciplinary action for dishonesty.

Sun Zhongwei, a professor at the Labor and Social Security Research Center of South China Normal University, said in an interview with Sino-Singapore Jingwei that there is basically no subjective or malicious arrears of wages by the company at present, mainly because the company is suddenly interrupted by external shocks, which in turn leads to wage arrears. .

In addition, the unpaid groups are not only migrant workers with low education and non-local household registration, but also some laborers with middle and high education. The coverage of unpaid groups is wider.

How to protect rights when faced with arrears of wages?

In the event of arrears of wages, workers can protect their legal rights and interests through the following channels:

The first is to call 12333, the unified complaint reporting and policy consultation hotline.

If workers encounter the problem of unpaid wages, they can log on to the portal websites of the human resources and social security departments to inquire about the rights protection telephone numbers in various places.

The second is to report directly to the labor security supervision department of the place where the employee is employed.

If there is a dispute with the employer on whether or not the salary is owed and the amount of owed salary, the worker may apply for mediation to the enterprise, the township, park or industrial labor dispute mediation organization where the enterprise is located according to law; Apply for arbitration to the arbitration institution in the place where the labor contract is performed or where the employer is registered in accordance with the law; if the worker refuses to accept the arbitration award, the worker may file a lawsuit according to law.