The fascinating story of Petronila, the queen who as a child made possible the creation of the Crown of Aragon

The Government of Aragon wants to locate the exact location of the remains of Queen Petronila, who while still a child made possible the origin of the Crown of Aragon. 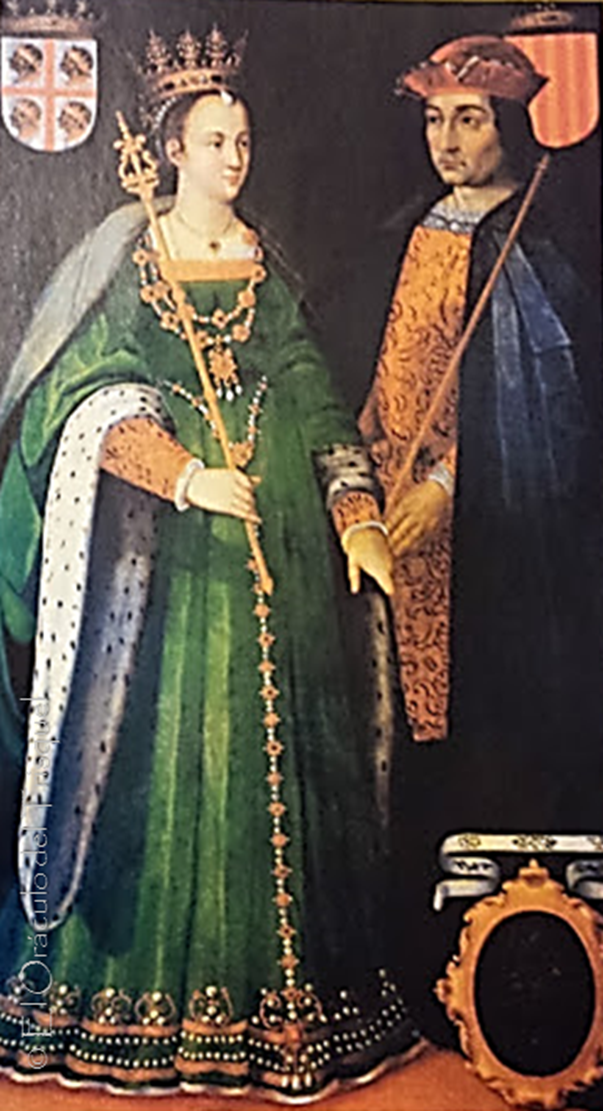 The Government of Aragon wants to

of the remains of

who while still a child made possible the origin of the Crown of Aragon.

As he wrote in his will, the sovereign was

buried in the cathedral of Barcelona,

but would be found in a tomb with the wrong name.

For this reason, the Aragonese Executive has requested the archdiocese of Barcelona to

carry out a DNA test

to compare their genetic remains with those of their ancestors.

The historical development of Petronila dates back to 1134 when, after being wounded in the battle, Alfonso I,

and leaves in testament the Kingdom of Aragon to the Orders of the Hospitallers, the Templars and the Holy Sepulcher.

In order to avoid this, his brother Ramiro, who had lived in a monastery all his life

and had just been appointed bishop of Barbastro

, was called to the throne .

to guarantee the legitimate succession had to give an heir and

a wife was sought for the king.

The chosen one was

a 30-year-old widow who had been the mother of three sons, thereby guaranteeing her fertility.

The wedding of Ramiro and Inés was celebrated in Huesca

on November 13, 1135 and nine months later the queen gave birth to

a girl, whom they named Petronila.

On that date the marriage had not yet been admitted as legitimate by the Pope, due to the ecclesiastical condition of the king.

Ramiro II had fulfilled the mission of giving the Kingdom an heir, but, being a

, who could transmit royalty through her blood but

could not reign, it was

Agnes de Poitou had also complied, so when Petronila ashamed was three months old , she

returned to Aquitaine and never saw her daughter again.

Ramiro II had before him a new challenge,

looking for a husband for his daughter

and the chosen one was

count of Barcelona since 1131.

After the pertinent negotiations, Ramiro II, king of Aragon, and Ramón Berenguer IV, count of Barcelona,

based on an institution of private Aragonese law, called "marriage at home", by means of which Ramiro II delivered to Petronila,

just over a year old,

The monarch, together with her husband, the count of Barcelona.

With these capitulations, the count of Barcelona became

administrator of the Kingdom of Aragon,

but without assuming the title of king that Ramiro II kept for himself.

Petronila provided the old kingdom of Aragon, formed by the territories of Aragon, Sobrarbe and Ribagorza, the county of Arán and the Muslim kingdom of Zaragoza.

For his part, Ramón Berenguer did it with the counties of Barcelona, ​​Gerona, Ausona, Besalú and southern Sardinia.

After the matrimonial capitulations, the count of Barcelona returned to his land, Petronila was left in the care of the Aragonese nobles and Ramiro II retired to monastic life.

the agreement seemed very fragile, but it gave rise to one of the most stable and long-lived political formations

in the history of Europe, the so-called Crown of Aragon.

The count of Barcelona

married, at the age of 37, with Petronila who had just turned 14,

the legal age for contracting canonical marriage between women.

gave birth to a boy.

Shortly before giving birth, and to foresee that she might die during childbirth, Petronila

made a will in which she granted her son,

who she says is still in her womb, and therefore neither was born nor the sex was known,

"all the kingdom of Aragon,

with all its possessions ".

was the first king of the Crown of Aragon.

IN THE CATHEDRAL OF BARCELONA

Petronila, queen of the Aragonese and countess of the people of Barcelona,

in whose cathedral, according to her wish, she was buried.

However, it is believed that the tomb, which in theory

who died a century earlier, is poorly labeled.

For this reason, the Aragonese Government has requested the archdiocese of Barcelona to carry out a DNA test and compare the bones with the genetic information of his father, Ramiro II, whose remains

are indeed his remains or not,

and to compare them with those of the Aragonese royal lineage that have been obtained so far.

The claim is limited to this analysis and would not affect a hypothetical transfer of the remains, since Petronila wanted to be buried in the cathedral of Barcelona and will stay there.