JO-2022: the "health bubble" set up around the Beijing sites

An anti-Covid "health bubble" was put in place on Tuesday around the sites of the Beijing Olympic Games, a month just before the start of the events which promise to be the most closely watched in ... 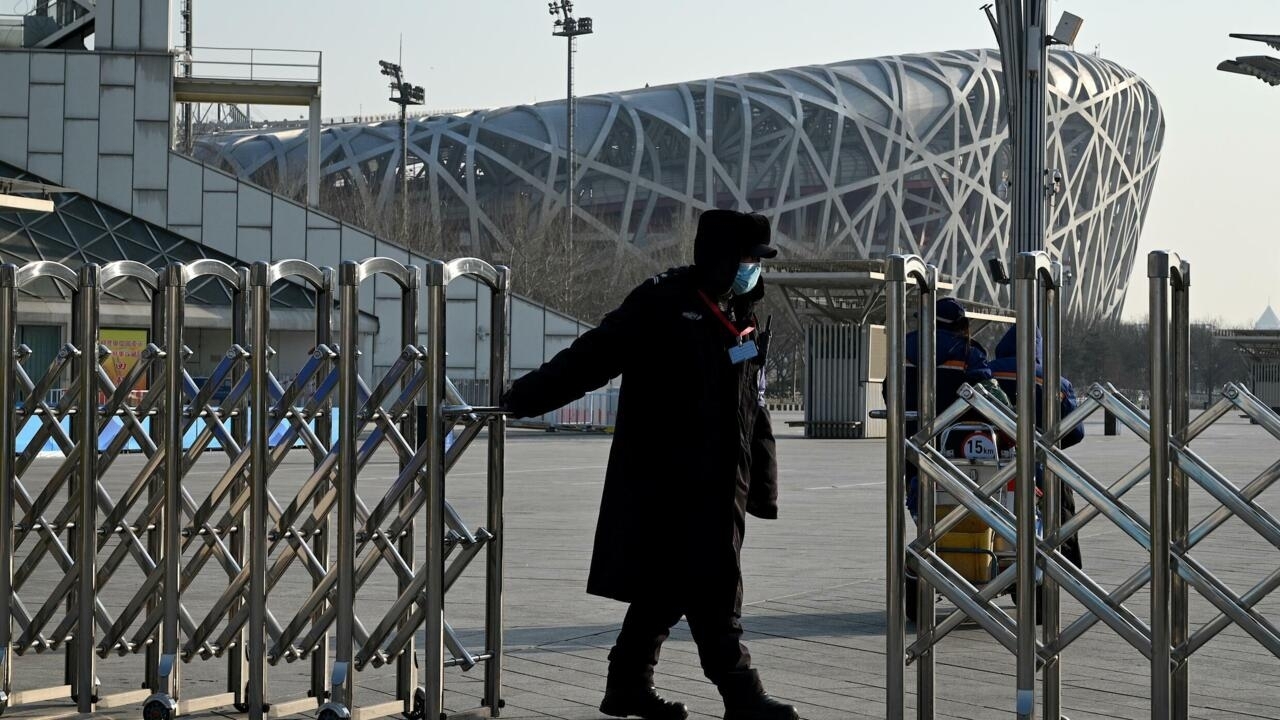 China, where the pandemic was first detected at the end of 2019, has largely eradicated the disease by resorting to very strict screening, tracing, containment and vaccination measures.

Its borders were practically closed in March 2020 and international flights drastically reduced.

In order to accommodate the 3,000 athletes and their staff in charge of the organization of the Winter Olympics (February 4-20), a "health bubble" has been set up, to avoid any contact between people coming from the foreigners and the local population outside this area.

On Tuesday, this "closed loop" was officially instituted, before the arrival of the first foreign participants.

Barriers kept passers-by at a safe distance from facilities planned for the Games, such as the "Bird's Nest", the Olympic stadium where the opening ceremony will take place.

Workers install barriers around the Olympic Park in Beijing on January 4, 2022, as part of the anti-Covid health bubble, set up around the sites of the Olympic Games Noel Celis AFP

The "bubble" actually extends to all places foreign participants will pass, starting with Beijing Airport, where two Japanese arrived on a plane from Tokyo on Tuesday, the television reported. national.

The two travelers were taken care of separately by employees in full protective suits who accompanied them to the Olympic village "without waiting for the results of the anti-Covid tests", CCTV said.

One month before the start of the Games, the organizers want to be calm.

"We can say that we have practically completed all the preparations. Beijing is ready," Zhao Weidong, communications manager of the organizing committee, told AFP.

"Within the + closed loop +, we are going to put in place very strict health measures, including daily Covid screening tests, to ensure that cases of contamination are quickly detected", he said. Explain.

All foreign participants must be vaccinated, the others being subject to a 21-day quarantine.

"We also strongly recommend receiving a booster dose," Zhao said in an interview with AFP before the "bubble" is put in place.

"We are closely monitoring the new Omicron variant and its global impact," he added, adding that he is in close communication with the International Olympic Committee (IOC) "to ensure that there will be room for maneuver in countermeasures depending on the epidemic situation ".

Chinese athletes and staff inside the bubble (volunteers, drivers, cooks, etc.) will not leave until after the Paralympic Games (March 4 to 13), after a period of quarantine.

A volunteer watches the women's ski jumping finals on the small hill in Zhangjiakou, Hebei province, December 4, 2021, the last test before the Beijing Olympics (February 4 to 20) WANG Zhao AFP / Archives

Spectators (only people residing in China will be allowed) will not enter the bubble.

When moving from one site to another, participants will remain separated from the local population, for example with reserved cars on the high-speed train leading to the ski slopes.

If China has largely defeated the epidemic, sporadic outbreaks appear regularly, as in recent weeks in the metropolis of Xi'an (north).

The daily number of infected people did not exceed 200 in this city, but this outbreak is the largest reported in China since the first epidemic outbreak in early 2020.

The official Chinese death toll remains at 4,636 dead and just over 100,000 confirmed patients.