Colombian indicted in US for role in assassination of Haitian president

A former Colombian soldier was indicted Tuesday, January 4 in the United States for his alleged participation in the assassination of Haitian President Jovenel Moïse last July, the ministry announced ... 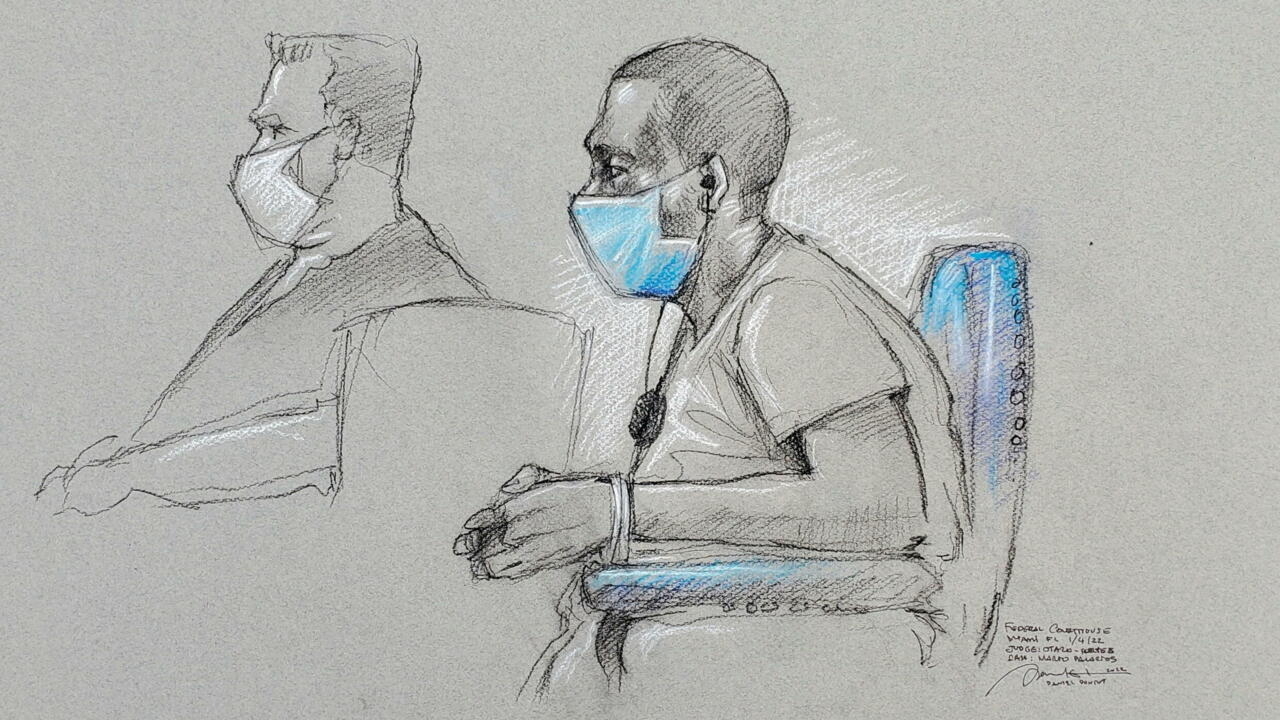 Colombian indicted in US for role in assassination of Haitian president

Mario Antonio Palacios, 43, a Colombian national who was arrested and charged in the United States in connection with the plot to assassinate Haitian President Jovenel Moise, appears in court in Miami, Florida, United States on January 4 2022. REUTERS - DANIEL PONTET

A former Colombian soldier was indicted Tuesday, January 4 in the United States for his alleged participation in the assassination of Haitian President Jovenel Moïse last July, announced the United States Department of Justice.

Mario Palacios, 43, is accused of being part of the group of around 20 men who killed Jovenel Moïse and seriously injured his wife in his presidential residence in Port-au-Prince on July 7, 2021.

Mario Palacios was arrested Monday in Panama during a stopover on a flight from Jamaica, where he had taken refuge after the assassination, and bound for Colombia.

He was extradited in the evening to Miami where he is expected to appear in court on Tuesday.

He faces life imprisonment, the justice ministry said in a statement.

According to the US federal police, Mario Palacios was recruited in June 2021 to arrest and kidnap the Haitian president.

The plan would then have changed and the group, under the leadership of a man identified as "Co-conspirator Number 1", would have been tasked with killing Jovenel Moïse.

This man, with dual Haitian and American nationality, is in detention in Haiti.

After the assassination, the Colombian fled to Jamaica where he had been arrested and he had collaborated with American investigators, before being deported on Monday to Colombia.

Intercepted in Panama, Mario Palacios, subject to a red notice from Interpol for "murder and complicity in murder", "accepted voluntary extradition" to the United States and boarded Monday evening on a flight to destination of Miami, according to the head of the Panamanian migration services, Samira Gozaine.

More than forty people, including 18 Colombians and Americans of Haitian origin, have already been arrested as part of the investigation into the murder of Jovenel Moïse, committed at his home without any police officer from his close security being injured .