Slippery on the roads after heavy snowfall

Snow and slipperiness make the road conditions difficult on many roads in central Sweden. The heavy snowfall has now moved north and SMHI has raised the weather warning. - It does not have to mean that it is problem-free in the area, says Linnea Rehn, meteorologist, SMHI. 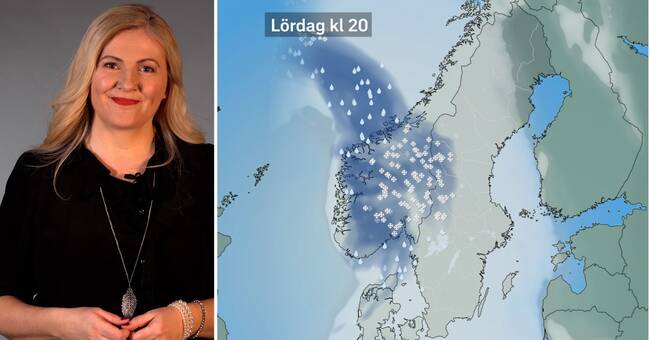 - There has been some snow during the night and in southern Svealand and northern Götaland there has even been some freezing rain.

When I drove to work in Norrköping before six o'clock, it was half-frozen precipitation and quite slippery, says Linnea Rehn, meteorologist at SMHI.

The snowfall in the northern part of the country is expected to be densest over Västerbotten and Norrbotten and somewhat lighter over Jämtland, Västernorrland and Hälsingland.

- It does not come up in such quantities there that we need to warn, she says.

Early Sunday morning, the road conditions are difficult north and south of the capital, in Värmland, Östergötland and in Västmanland and southern Dalarna, according to the Swedish Transport Administration's map.

Occasional single accidents have been reported from Sörmland and northwest of Stockholm.

Even in Jämtland and parts of Västerbotten, the road conditions are difficult.

In northernmost Norrland, there is snow and ice on the roads.

In the whole of Norrland, Svealand, eastern Småland and on Öland and Gotland, there is a risk of difficult road conditions.

In Svealand, the weather is mild and overcast with temperatures of from five plus degrees in the southern parts and down to five minus degrees in Dalarna.

- In some places the snow will slush away during the day and in some places it will remain partially, says Linnea Rehn.

The Swedish Transport Administration advises road users to plan their journey well in advance, and to avoid traffic-intensive roads.

No mountain location for beginners

SMHI raises a warning finger for slipping when the snow turns to rain and falls on even cold roads.

Significantly harsher weather is in the northern parts of the mountains, where it blows hard in combination with snowfall.

A yellow warning is over the Lapland mountains, where it blows up properly during the night and the winds in the north can reach storm strength on Sunday.

SMHI warns that unaccustomed visitors should not go out on the mountain and that there is a risk of freezing due to the strong cooling effect.

WEATHER: So the new warnings will help you make better decisions Photo: SVT

From the southeastern Baltic Sea south of Denmark all the way up to the northern Bothnian Sea, SMHI warns of gale winds.