In Turkey, books are becoming a luxury

Gulfer Ulas is desperate. With the fall of the currency, the doctoral student struggles to afford the books necessary for her thesis and even more the novels she adores. In Turkey, books are becoming ... 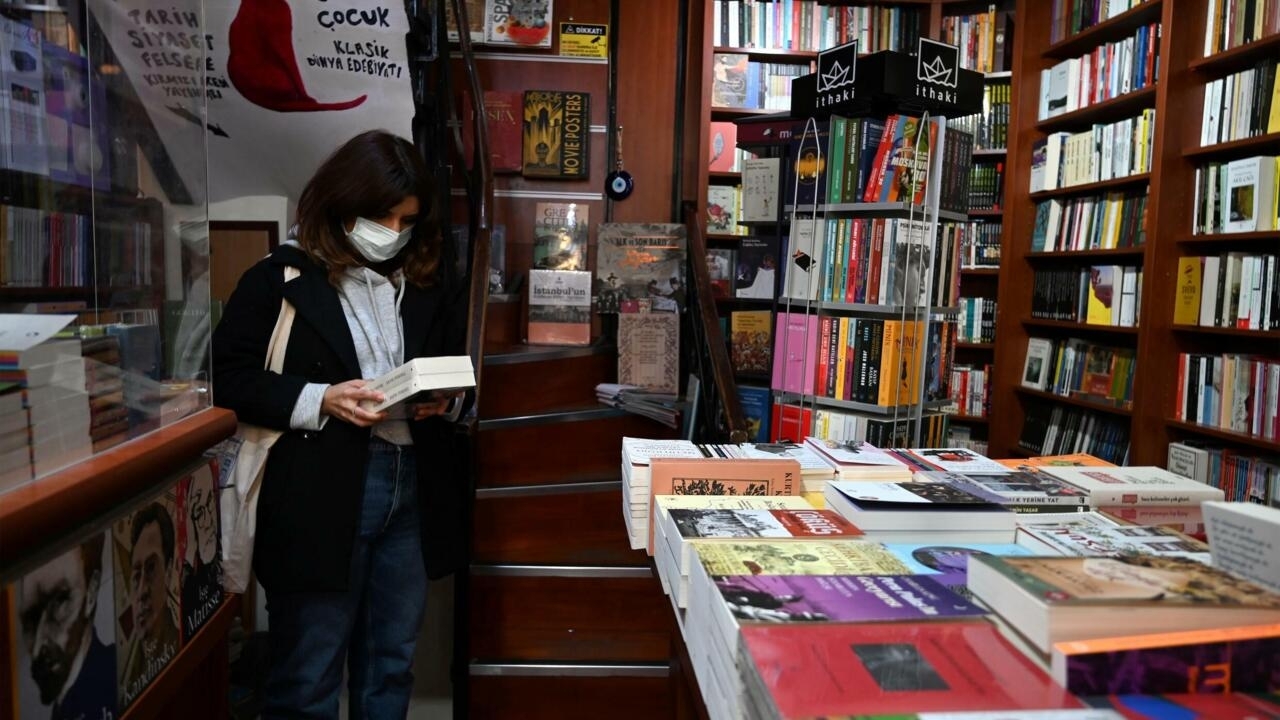 The publishing sector, which is very dependent on paper imports, has been hit hard by the monetary crisis.

At the risk of silencing some of the still dissonant voices of the country.

The Turkish lira lost a quarter of its value against the dollar over the year - with an even more trying sinkhole of minus 58% in mid-December - and annual inflation exceeds 21%: a serious blow to purchasing power the most modest Turks.

"The price of books is exploding. I study international relations and I spend nearly 1,000 Turkish pounds a month on books" (about 75 euros, or a third of the Turkish minimum wage), confides Gulfer Ulas, whom I met in a popular bookstore in central Istanbul.

"Reading novels is one of my passions", continues the thirty-something, a work by the German writer Thomas Mann in hand.

But this hobby has reached an exorbitant cost: "The first edition of this book cost 33 pounds. Now it is almost 70 pounds."

"Before, I liked to buy books in several copies to offer them to my friends. But it has become too expensive", regrets Ibrahim Ozcay.

"They say it's because of the paper shortages. It doesn't surprise me, everything in Turkey is imported now."

In the space of a year, "the price of paper rose from 700-800 dollars to 1,500 dollars" per tonne, a sudden increase which is reflected in the booksellers, explains to AFP Haluk Hepkon, owner of the house by Kirmizi Kedi.

"Let's say you publish a book that costs 30 pounds. If it sells well and is reprinted a week later, the price will go up to 35 pounds. And God only knows how much it will cost after a third or fourth reprint." , continues the editor.

"In the end, people will be forced to focus on the essentials and drop the books," fears Mr. Hepkon, for whom the publishing industry is likely to "hit rock bottom" in a country where sales are low. traditionally weak.

Another possible consequence: publishers, in financial difficulties, could decide to publish less.

Some Turkish publishing houses have already apologized to their readers for not printing some recent books due to the high printing costs.

Turkey imports some $ 3 billion worth of paper per year, according to a 2018 study by the Istanbul Chamber of Commerce.

The price of pulp has increased all over the world, but the situation is particularly difficult in Turkey since the privatization and then the dismantling of the country's main paper mill group (SEKA) from the 2000s, says Kenan Kocaturk, chairman of the Association of Turkish Publishers.

In a bookstore in Istanbul, Turkey, December 2, 2021 Ozan KOSE AFP

For him, "Turkey is paying today for not having seen paper as a strategic asset".

"The Turkish paper mills have been sold, only two of them continue to produce. In the others, the machines have been handed over at the cost of scrap metal and the land sold," Kocaturk adds.

For Rober Koptas, of the Istanbul publishing house Aras, the book sector will inevitably suffer from the crisis when some Turks find it difficult to afford their daily meal.

"Many publishing houses stop or reduce the printing of books ... The people who work in the sector, workers, typographers, office workers, editors or translators will suffer the financial consequences," he predicts.

In a bookstore in Istanbul, Turkey, December 2, 2021 Ozan KOSE AFP

However, argues Rober Koptas, publishers embody a form of "resistance" in Turkey, where "almost all the press speaks with one voice and [where] the universities have been silenced."

"Each publishing house gives voice to the intellectual diversity of the country", he insists, fearing that their weakening "accentuates the cultural decline".

For Haluk Hepkon, "the cultural sector is as important as food".

"Or more, because you have to educate people so that they can solve economic problems."