Crisis in Ukraine: Biden will offer Putin a "diplomatic channel"

The American president is meeting this Thursday, December 30 with his Russian counterpart while the United States continues to prepare with its European allies a common response to the deployment by the ... 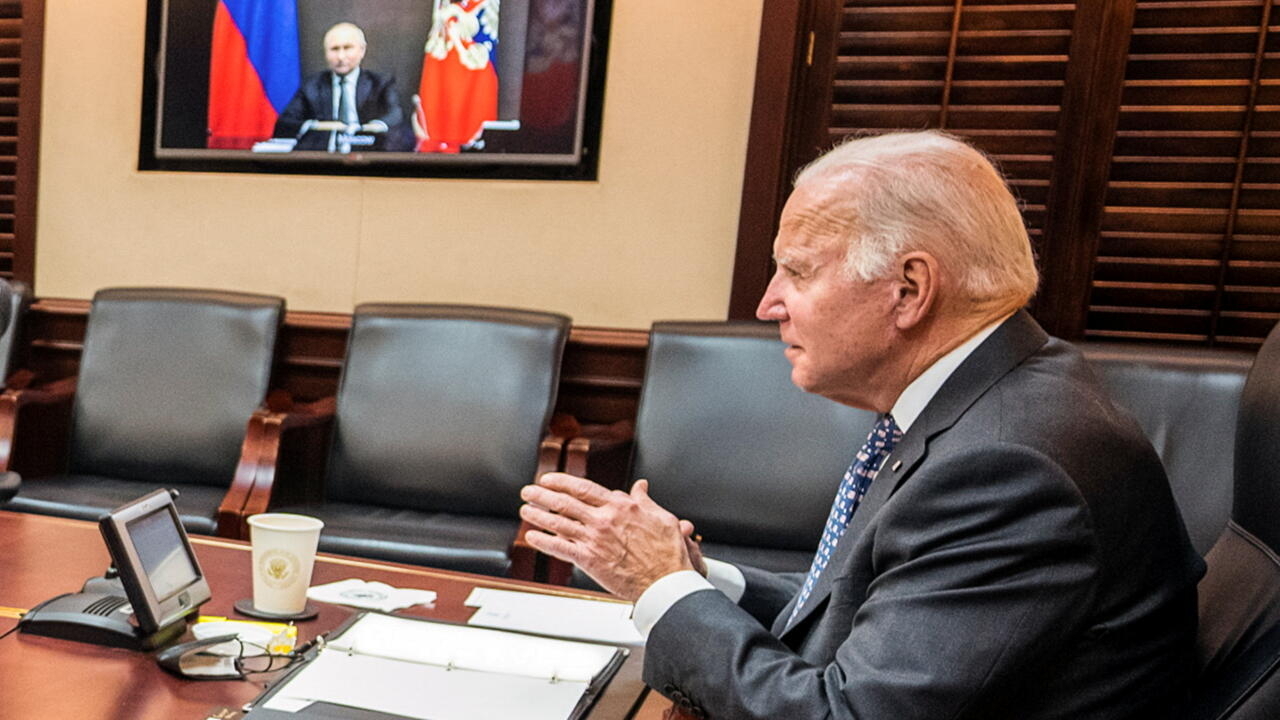 Crisis in Ukraine: Biden will offer Putin a "diplomatic channel"

US President Joe Biden had already spoken on video call with Russian President Vladimir Putin on the Ukrainian crisis, from the White House in Washington, December 7, 2021. REUTERS - HANDOUT

The American president is meeting this Thursday, December 30 with his Russian counterpart as the United States continues to prepare with its European allies a joint response to the deployment by Russia of soldiers near the border with Ukraine.

to discuss various subjects, including the next diplomatic contacts with Russia

", announced Wednesday (December 29th) a spokesperson of the White House in charge of the questions of security.

late in the evening

The American president, who will meet with Vladimir Poutine from his stronghold in Delaware, will be ready to take "

But the United States, which remains "

on the border with Ukraine, will also be "

" in the event of an invasion, according to a White House official.

This call will come two weeks before negotiations between the two countries scheduled for January 10 in Geneva on nuclear arms control treaties and the situation on the Russian-Ukrainian border, where the West accuse Moscow of massing troops in order to 'a possible attack.

Ahead of Thursday's appeal, Secretary of State Antony Blinken met with Ukrainian President

The head of American diplomacy "

reaffirmed the unwavering support of the United States for the independence, sovereignty and territorial integrity of Ukraine in the face of the military strengthening of Russia,

This is the second telephone interview between Joe Biden and Vladimir Putin in less than a month.

At the beginning of December, the American president threatened his Russian counterpart with sanctions "

" in the event of an attack on Ukraine.

Moscow, which claims to act only in response to what it describes as Western hostility, recently presented two draft treaties aimed at preventing any NATO expansion, including Ukraine, and ending Western military activities near Russian borders.

Sign that the discussions of January 10 will be bitter, the head of Russian diplomacy Sergey Lavrov has already ruled out any "