China News Service, Beijing, December 23. Comprehensive news: The latest data from the official website of the World Health Organization shows that as of 19:05 on the 22nd Central European Time, there were a total of 275,233,892 confirmed cases of new crowns worldwide, and a total of 5,364,996 deaths. According to the latest statistics from Johns Hopkins University in the United States, as of 8: 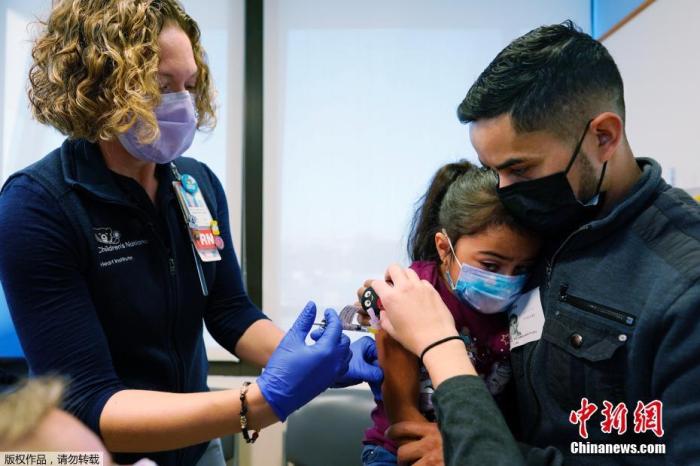 China News Service, Beijing, December 23. Comprehensive news: The latest data from the official website of the World Health Organization shows that as of 19:05 on the 22nd Central European Time, there were a total of 275,233,892 confirmed cases of new crowns worldwide, and a total of 5,364,996 deaths.

WHO Director-General Tedros Adhanom Ghebreyesus revealed on the 22nd that WHO is confirming the second-generation new crown vaccine through the vaccine "Unity Test".

He said that the "Unity Trial" now includes two vaccines, and more vaccines may be included in the future. More than 11,500 people have participated in the trial.

Abdullah Shahid, President of the 76th United Nations General Assembly, said on the 22nd that he tested positive for the new crown virus that day. He currently has mild symptoms and is self-isolating at home.

Shahid said that he has completed the new crown vaccination including booster shots.

According to data released by Johns Hopkins University at 8:21 on the 23rd, Beijing time, a total of 51,536,964 confirmed cases and 81,2007 deaths in the United States have been confirmed.

According to foreign media statistics, as of the 22nd, cases of infection with the Omi Keron strain of the new crown mutant virus have been detected in 50 states across the United States.

Rochelle Volensky, director of the US Centers for Disease Control and Prevention, said on the 22nd that there is no need for Americans to panic about the Omi Keron strain.

Volensky emphasized that, unlike the early days of the outbreak, the United States now has new crown vaccines and vaccine boosters, as well as scientific epidemic prevention measures, which can already slow the spread of mutant strains.

According to foreign media reports, Peru’s Minister of Health Ceballos stated on the 21st that given the speed of the Omi Keron strain and the delta strain still dominating in Peru, two waves are likely to occur in Peru at the same time in early 2022. epidemic.

Ceballos also revealed that the Peruvian Ministry of Health is considering vaccinating the fourth dose of the new crown vaccine for front-line medical workers and people over 60.

Due to the spread of the Omi Keron strain, the Mayor of London, England, has announced that London has entered a state of "major accident".

Europe: The number of confirmed cases in the UK is increasing by 100,000

Data released on the British government website on the 22nd showed that the country has newly confirmed 106,122 cases in a single day. This is the first time that the number of confirmed cases in the UK has exceeded 100,000 since the beginning of large-scale testing in the summer of 2020; the cumulative number of confirmed cases has reached 11,647,473. ; There were 140 new deaths in a single day, with a total of 147,573 deaths.

The incidence of COVID-19 in France has now risen to 550 infected persons per 100,000 residents, and the average number of newly diagnosed cases in a single day has reached close to 57,000.

The French Ministry of Health warned on the 22nd that according to the data model, due to the rapid spread of the Omi Keron strain, the number of confirmed cases in France may reach 100,000 at the end of this month; it is currently difficult to reduce the spread of the virus because of the It is too contagious and the main goal is to prevent the medical system from being overwhelmed.

The French Ministry of Health also estimates that by January next year, the Omi Keron strain will become the main COVID-19 variant that is circulating in France.

There are still 807 highly suspected cases of Omi Keron virus infection in Israel, which are awaiting test results.

According to local media reports, the country’s first death after being infected with the Omi Keron strain occurred on the 20th, an elderly man in his 60s.

According to Israeli media reports, the Israeli Medical Expert Committee approved the fourth dose of the new crown vaccine for people over 60 years of age and medical staff in the country on the 21st.

It is reported that people who receive the fourth dose of the vaccine must be more than 4 months away from the third dose, and it is expected that the relevant vaccination will begin within a few days.

According to Japanese media reports, on the 22nd, Osaka Prefecture, Japan, reported 3 cases of Omi Kiron strain of unknown infection route. The 3 patients were a family of three and had no history of overseas travel.

This is the first reported case of Omi Kiron strain infection in Japan with an unknown source of infection.

According to data released by the African Centers for Disease Control and Prevention on the 22nd local time, a total of 92,599,813 cases have been confirmed in the region, and a total of 226,536 deaths have been reported.

The results of the early evaluation of the clinical symptoms of the Omi Keron strain released by the National Institute of Infectious Diseases of South Africa on the 22nd showed that the Omi Keron strain is less severely pathogenic than the dominant strains in previous waves. , The number of hospitalized patients infected with this strain is relatively small.

The researchers said that the results of the study may be due to the patient's vaccination or the production of antibodies after being infected. The specific reason needs further study.

The South African Ministry of Health recently announced the research results of a team of Russian and South African scientists, confirming that the Omi Keron strain has increased spread from person to person.

Experts also warned that the strain can cause more severe symptoms in people with complications who have not been vaccinated, especially in the elderly.