Diego Simeone, who celebrates his ten years at the head of Atlético Madrid on Thursday, displays a thirst for victory and a volcanic character intact since his debut in 2011 with the club, which he led to the tit ... 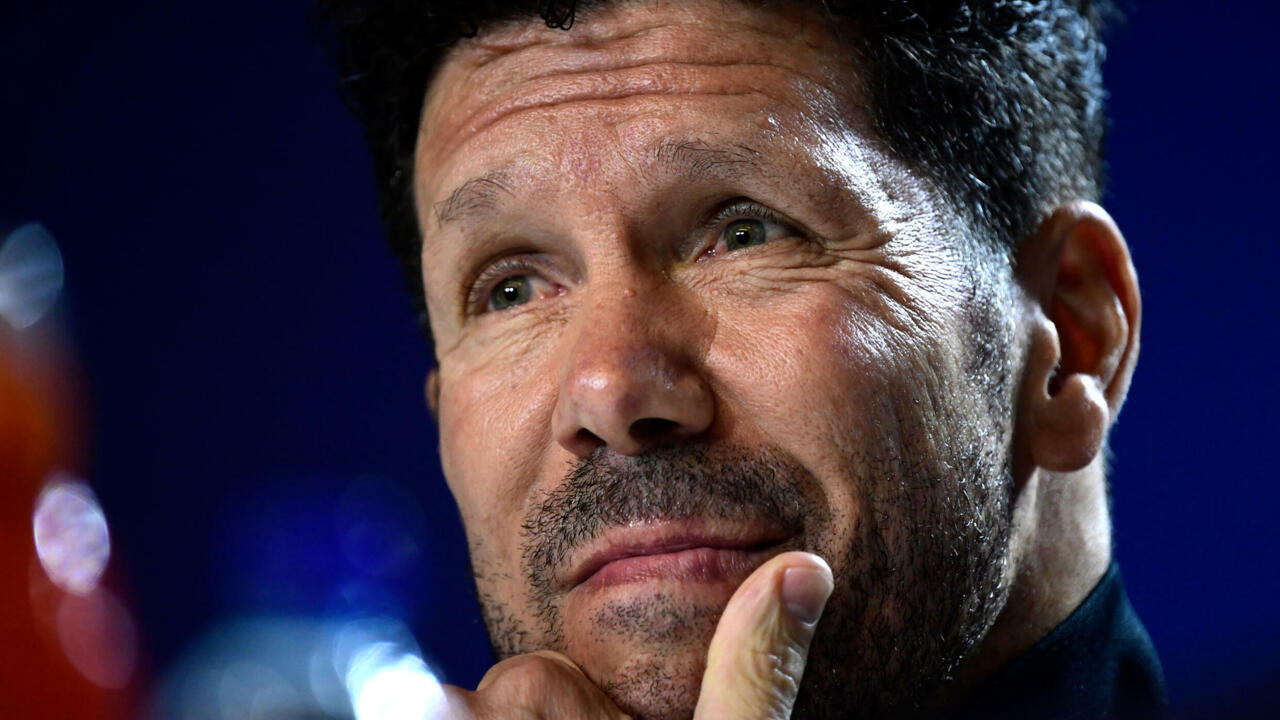 But the "Cholo" meets an immediate success.

For his first season, he wears a group made up of Thibaut Courtois, Diego Godin, Arda Turan, Koke (already) and Radamel Falcao towards the coronation in the Europa League, won against Athletic Bilbao of Marcelo Bielsa (3-0), and towards an honorable 5th place in La Liga.

In the process, he won the European Supercup against Chelsea (4-1) with a hat-trick from Falcao.

The Argentinian will end the season with a guaranteed qualification for the Champions League, a coronation in the Copa del Rey (2-1 against Real Madrid after extra time), and an extended contract for four seasons.

Falcao has gone to Monaco, David Villa has arrived, and Diego Simeone's ambitions are intact. In 2013, Atlético had the best start to the league in club history (8 wins in 8 matches). The Madrid club have their first La Liga title in 18 years thanks to a header from Diego Godin to snatch the draw against Barça at Camp Nou on the last day.

And in the Champions League, the magic also operates: Simeone hoists Atlético to the quarter-finals for the first time since 1996-1997, when he himself was part of the workforce. The Colchoneros successively defeat AC Milan, Barça and Chelsea to reach the C1 grand final for the first time since 1974 ... a thrilling final that they will lose 4-1 after extra time against the eternal neighbor and rival, Real Madrid, and during which Simeone will end up expelled after an altercation with Raphaël Varane.

In the summer of 2014, Jan Oblak and Antoine Griezmann landed as heads of the gondola of a remodeled workforce.

The Frenchman explodes in Madrid, under the aegis of Simeone, who has become his mentor.

In 2015-2016, after a season of rehabilitation, Atlético climbed again to the Champions League final, again against Real.

And Simeone must bow again, on penalties this time (1-1, 5-3 tab), after the missed Juanfran.

The following season, in 2016-2017, Atlético experienced a small decline: the Colchoneros remained behind the giants of Real Madrid and Barça in La Liga, and were (again) eliminated by Real Madrid in the semi-final of C1 .

But the paw of the Argentine coach is now recognized around the world.

A closed style, very defensive, but the style of a fine tactician who excels in the art of finding immediate solutions to problems encountered during matches.

Simeone then extends until 2020.

In the fall of 2017, Atlético completely missed the group stage of the Champions League, but made up for it a few months later with the 2nd Europa League won by Simeone, against Marseille.

In the summer of 2018, thanks to the success against Real de Zinédine Zidane in the European Supercup, Diego Simeone became the most successful coach in the history of Atlético, ahead of the legend Luis Aragonés.

But the Colchoneros won't win anything more that season.

In 2019, Simeone manages to carry out the great transformation of Atlético.

Exit Godin, Juanfran, the Hernandez brothers, Griezmann (who will return in the summer of 2021) ... and welcome to Joao Felix, the most expensive recruit in the history of the club (120 M EUR).

Simeone extends until 2022 and manages to hoist the "Atléti" in the knockout stages of the C1 for the sixth time since his arrival, whereas the club had previously managed to reach this stage only 7 times in 60 years.

Despite seasons marked by the Covid-19 pandemic, Simeone is modifying his style of play to stick more to the multiple offensive talents at his disposal, while keeping his essence.

And it works: in 2020-2021, Atlético seizes the Spanish championship in front of the Real of "Zizou" and the Barça of a Lionel Messi on the departure.