The UN Security Council on Wednesday unanimously adopted a resolution proposed by the United States to facilitate humanitarian aid to Afghanistan for a year. The Taliban salute a ... 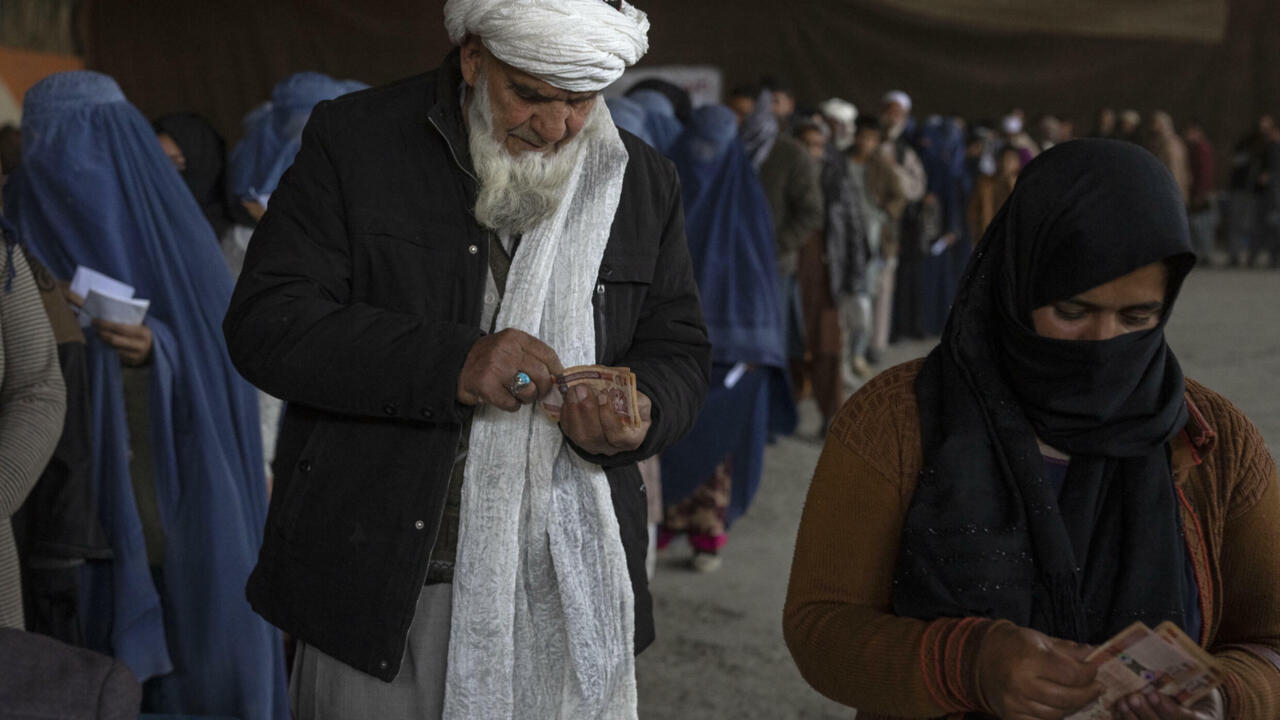 A resolution to facilitate aid to the Afghan people, in a country on the brink of economic collapse.

The UN Security Council adopted a resolution on Wednesday 22 December to facilitate the delivery of humanitarian aid to Afghanistan.

The resolution states that "the payment of funds, financial assets" as well as "the provision of goods and services necessary" to meet "basic human needs in Afghanistan" are "permitted" and "do not constitute a violation" of sanctions. imposed on persons and entities associated with the Taliban.

The adoption of this text represents a first step for the United Nations with regard to Afghanistan, ruled since August by the Taliban, whose regime has not yet been recognized by the international community.

The UN resolution is "a good step" forward, responded in Kabul, a spokesman for the Taliban.

The text aims to reduce the risk of an influx of refugees fleeing poverty to countries neighboring Afghanistan and to address the need for increased assistance, as noted by the United States.

"This humanitarian exception aims to facilitate aid to the Afghan people, but it is not a blank check for organizations that violate their international obligations," said Deputy US Ambassador to the UN, Jeffrey DeLaurentis, in allusion to the Taliban.

Support for the Afghans but not the Taliban

Unlike a previous version of the text which provided for exemptions from sanctions limited to case by case - which China failed on Monday - the adopted resolution covers the provision of humanitarian aid in the broad sense.

"The current situation in Afghanistan is critical" and "the humanitarian crisis must be resolved as soon as possible," said Chinese Ambassador to the UN, Zhang Jun.

In an attempt to ensure that aid will go to the Afghans and that the Taliban will not benefit, the resolution calls for a review of the basic humanitarian relief exemption after twelve months.

China has said, however, that it does not consider the authorization to expire in a year.

"This exemption aims to immediately provide support to the Afghan people who desperately need it. Nothing more," on the contrary hammered the Irish Ambassador, Geraldine Byrne Nason, recalling that the Taliban still do not follow international demands. in terms of respect for human rights.

>> See also: Afghanistan, in the heart of the Taliban emirate

During the negotiations, France and India had insisted, in vain, that the duration of the resolution be only six months, according to diplomats.

"If evidence shows that the exemption is being abused or that money reaches people sanctioned, it is possible to go back," a diplomat told AFP on condition of anonymity .

The resolution "strongly encourages providers" of humanitarian aid to "minimize any direct or indirect benefit" to persons or entities subject to international sanctions.

In Afghanistan, aid workers may be required to conduct financial transactions with ministries headed by sanctioned individuals, and the resolution ensures that they do not find themselves in a position of violation of sanctions.

This text also includes a check on the destination of humanitarian aid within two months of its distribution, as well as a UN report on the operation of the aid every six months.

UN Under-Secretary-General for Humanitarian Affairs Martin Griffiths has welcomed the adoption of the resolution, which he said will enable some 160 humanitarian organizations on site to address "alarming levels of need and suffering in the country".

The United States, for its part, granted new exemptions from the economic sanctions imposed on the Taliban, which should help implement this resolution, the Treasury Department said on Wednesday.

These exemptions, which should allow aid to flow into Afghanistan, allow the payment of duties, taxes and fees to the Taliban-controlled government, according to a Treasury statement.

After the Taliban returned to power in mid-August, the United States froze nearly $ 9.5 billion from the Afghan Central Bank and the World Bank also suspended aid to Kabul.

On Wednesday, Russia demanded in this regard "a thaw of assets and financial resources" blocked by the West.

On December 10, the World Bank announced the payment, before the end of December, of humanitarian aid of 280 million dollars to Unicef ​​and the World Food Program, destined for Afghanistan, these UN agencies being responsible for distributing these funds.