Armed militiamen were deployed Tuesday in Tripoli, Libya, raising fears of a resumption of violence, when key presidential candidates of December 24 seem to have recorded the r ... 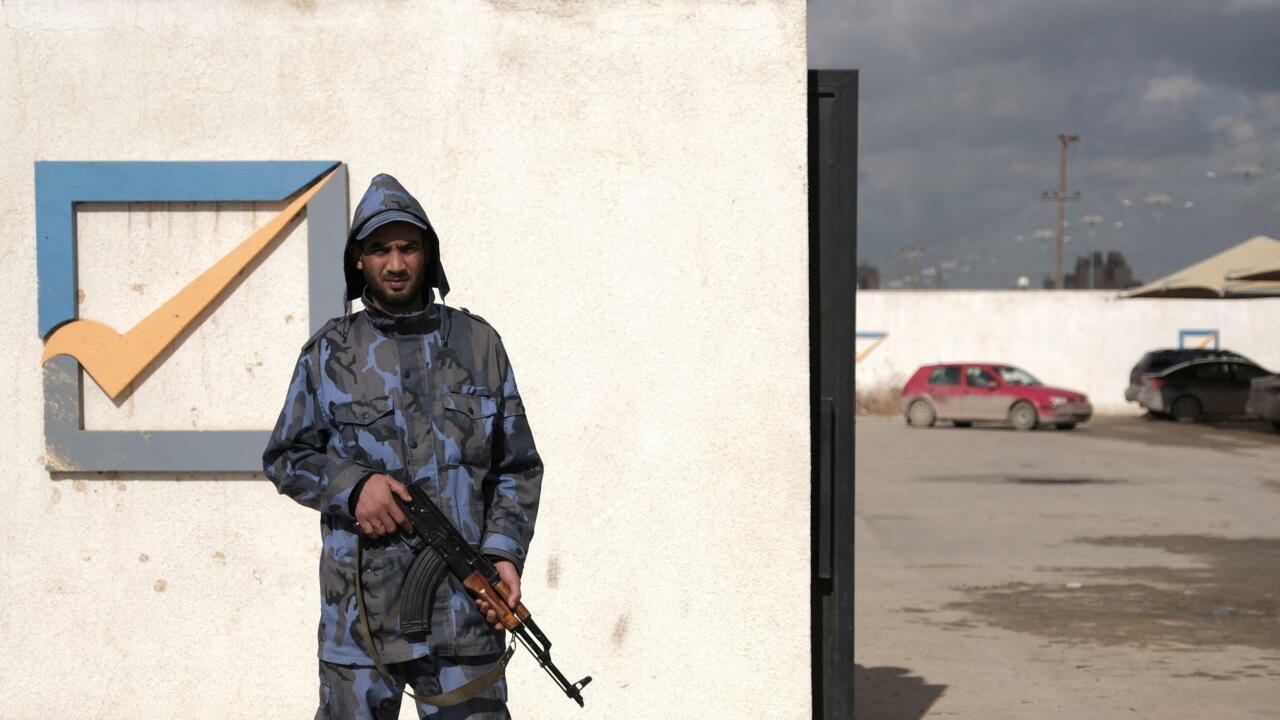 Three days before the date scheduled for the presidential election in Libya, tension is showing in Tripoli.

In a scene reminiscent of the conflict that raged at the gates of the Libyan capital until June 2020, vehicles armed with machine guns and a tank mobilized, Tuesday, December 21, in a suburb of the city.

Schools and universities have been forced to close, and streets blocked with sand dams and guarded by armed men in khaki uniforms.

The situation eased in the middle of the day with the reopening of most of the streets to traffic, according to an AFP correspondent on the spot, but the UN Support Mission in Libya (Manul) was said "concerned about the development of the security situation in Tripoli".

Because the mobilization of "forces affiliated with different groups creates tensions and increases the risk of clashes which could degenerate into conflict", according to her.

The authorities have made no comment on this armed mobilization but there is no doubt that the presidential election will be postponed, against a background of persistent disagreements between rival camps and chronic insecurity, even if no official announcement has yet been made to this effect. .

This deployment also comes a few days after the dismissal, contested by several armed groups, of a senior military official who had fueled tensions with armed movements in Tripoli, where a myriad of militias affiliated with the Ministries of Defense and the Interior remain very influential.

On the political ground and some 1,000 kilometers east of Tripoli, two presidential candidates from the city of Misrata (west) made an unprecedented visit to Benghazi, the large city of Cyrenaica usually hostile to the figures. of Tripolitania.

The influential ex-Minister of the Interior Fathi Bachagha and the former Deputy Prime Minister Ahmed Meitig spoke with Marshal Khalifa Haftar, who controls de facto the east and part of the south of the country and maintains a bitter rivalry with the notables of the West.

Marshal Haftar, himself a presidential candidate, also met candidates from the South and the East.

In the name of "the national interest", these candidates agreed "to continue the coordination and the contacts within the framework of this patriotic initiative, while ensuring to widen it so that it includes all (...)", a Fathi Bachagha said at a press conference.

Tuesday in Misrata, the commander of a Libyan militia, Salah Badi, placed in 2018 on the blacklist of American sanctions in the wake of a similar UN measure, organized a parade of his militiamen in what is apparent to a show of force and response to the displacement in Benghazi of Ahmed Meitig and Fathi Bachagha.

Another sign of tensions, men affiliated with the Guards of oil installations on Monday forced the closure of four oil fields in the country, causing losses of "more than 300,000 barrels per day", or a third of the daily national production, according to the report. National Oil Company.