After a long day of repeated postponements and postponements, the Senate Budget Committee met and began examining the amendments by submitting a package with about 150 reformulations to the vote 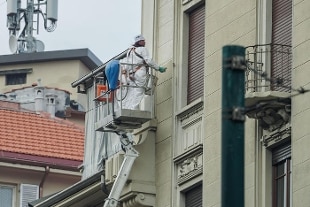 21 December 2021 The amendments to the Maneuver approved during the night provide, among other things, the green light to raise the ceiling of the furniture bonus from 5 thousand euros to 10 thousand euros; the postponement of two years for the entry into force of the VAT system for the third sector; 100% contribution relief in favor of micro enterprises for first level apprenticeship contracts for young people under 25; funds for squatted houses; the postponement of the tax on tables; extension of the Superbonus in the areas affected by the earthquake.

"We are filing the amendment for the extension of the terms of payment of the bills notified from January 1st to March 31st 2022 for 180 days, instead of the ordinary 90 days". This was announced by the Undersecretary for the Economy, Federico Freni, on the sidelines of the work of the Budget Committee of the Senate.

With the maneuver comes a solidarity fund of 10 million euros for 2022 in favor of the owners of residential properties that cannot be used because they are illegally occupied. This is foreseen by a reformulated amendment, approved by the budget committee of the Senate. A commitment in this sense had been requested of the government by brothers from Italy. According to the law, the modalities of implementation will be dictated by decree of the interior ministry, in concert with that of justice and with that of the economy, within 60 days from the entry into force of the budget law.

With the maneuver comes the extension of the Superbonus until 2025 for building interventions in the areas affected by the earthquake in recent years, such as the city of L'Aquila and the many villages of Central Italy. An amendment to the maneuver approved by the Senate budget commission provides for this, which allows the 110% deduction for expenses incurred by 31 December 2025 for interventions in the territories of the municipalities affected by the seismic events.

The dossier of amendments, which also includes the reformulation of the Superbonus at 110%, arrived shortly before 6 am in the budget committee in the Senate. The text, however, was immediately set aside at the request of the majority for evaluations to be further investigated, as can be learned from parliamentary sources. According to some reconstructions, the reformulation of the Superbonus is not the one agreed between the government and the majority.

The Maneuver provides for the stop to the tax on tables for the first three months of 2022: the reformulated amendment was approved by the Senate Budget Committee, on which they found an agreement with the majority and the government. This is the cancellation in the first quarter of the Cup (single patrimonial rent, that is to say the former Tosap / Cosap) and also applies to street traders.

Green light for the 25 million euro fund for the two-year period 2022/23 to combat nutrition and dietary disorders. This was announced by the Undersecretary for Relations with Parliament, Caterina Bini, explaining that an amendment to the maneuver has been approved which establishes that eating disorders will become part of the Lea (Essential Levels of Assistance) in a specific area and no longer included in health mental.

from the Senate Budget Commission to the amendment to the maneuver that provides for an increase in the fund for the treatment of individuals with autism spectrum disorder. This was announced in a tweet by the Undersecretary for Relations with Parliament, Caterina Bini. The amount allocated is 27 million euros.

Green light from the Senate Budget Committee to the amendment that postpones the entry into force of the VAT regime for the third sector for two years, until 2024. It was announced on Facebook by the economic manager of the Democratic Party, Antonio Misiani.

Funds for income of freedom and gender equality

The amendment to the maneuver "which increases the resources for rights and equal opportunities by 5 million", or the income of freedom allocates "3 million for the fund for the activities of preparatory training for obtaining gender equality certification ", according to what the undersecretary for relations with parliament and senator for the Democratic Party, Caterina Bini, announces in a tweet.

The amendment approved by the Commission provides for the raising of the ceiling for the mobile bonus from 5 thousand euros to 10 thousand euros.