Olympique Lyonnais has announced that it will ban its groups of supporters from traveling to away matches on Saturday, the day after new incidents in the stands during the Coupe de France match. 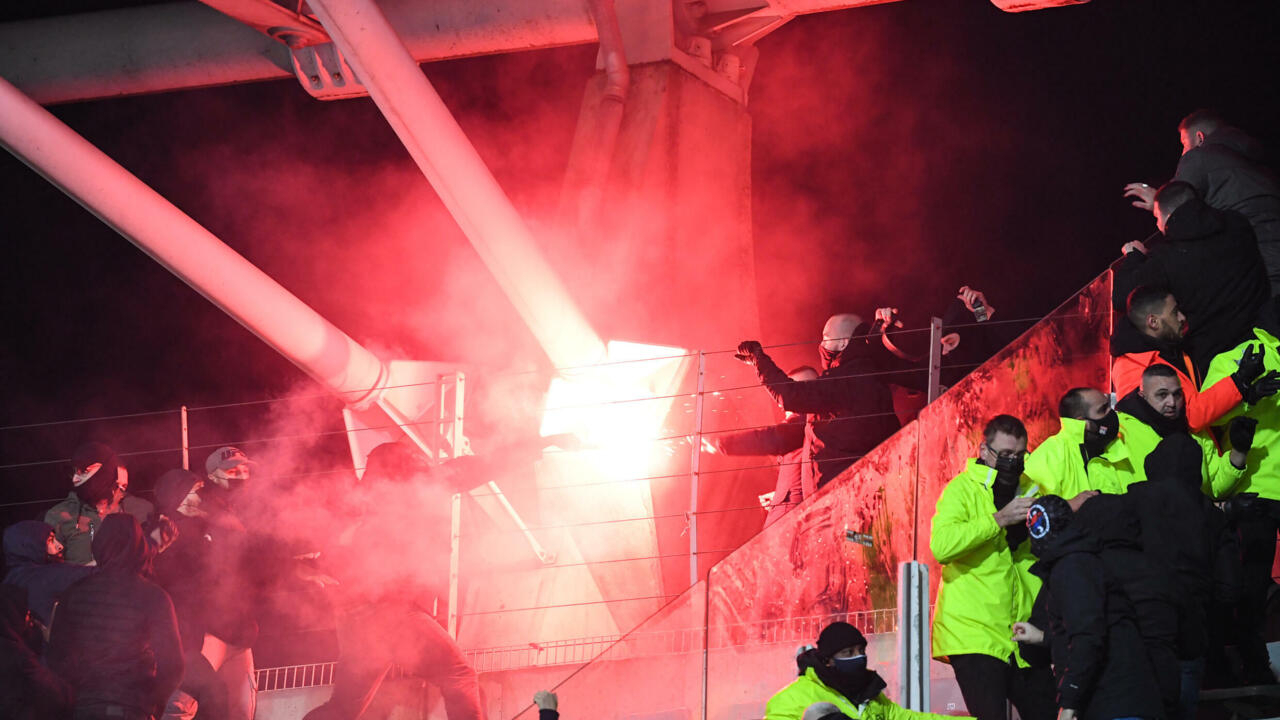 "More than ever, we must eradicate these phenomena of hooliganism and banish all those who are enemies, by their acts, of football, but also of the clubs of which they claim to be. In this context, until further notice, and until that the light be made on the identification of the authors (of the excesses Friday, Editor's note), the Olympique Lyonnais decides to prohibit the movement of the groups of supporters for the away matches ", writes the OL in a press release .

Friday, the 32nd of the Cup final between the Lyonnais and the Ligue 2 club at the Charléty stadium in Paris was definitively interrupted, while the score was 1-1 at half-time, after clashes in the stands.

After jets of smoke on the outskirts of the Lyon parking lot, fights broke out and crowd movements then took place, leading to the deployment of security forces who came to lend a hand to the stewards.

Spectators from the stand near the incidents then descended on the lawn to move away, preventing the meeting from continuing.

French football has been plagued by the violence in the stands since the start of the season.

On Thursday, an interministerial meeting resulted in the announcement of measures, including the installation of safety nets in the L1 and L2 stages and a specified protocol for stopping meetings in the event of incidents.

On Wednesday, OL president Jean-Michel Aulas was sanctioned with five matches with a firm suspension for verbally attacking the referee during the match against Marseille, interrupted after a plastic bottle throw against Marseille's Dimitri Payet.

The president of the French Football Federation (FFF) Noël Le Graët on Saturday described the incidents at Paris FC-Lyon as "intolerable" and considered that "the troublemakers" should be "driven out of sports arenas.