A new failure for Netflix in the experiments to reproduce the Japanese anime, after only one season, Netflix announced its withdrawal from the production of the second season of the adventure series “Cowboy Bebop”. 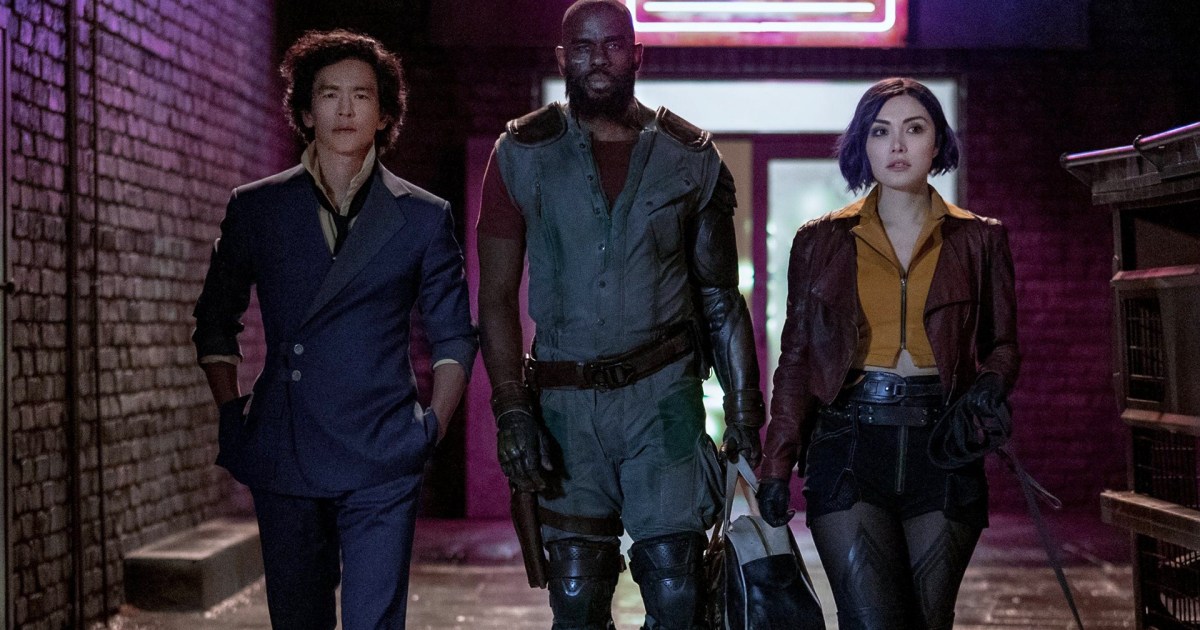 A new failure for Netflix in its attempts to reproduce the Japanese anime, after only one season, Netflix announced its withdrawal from the production of the second season of the adventure series "Cowboy Bebop", which comes as a remake of the famous Japanese animation series of the same name.

According to The Hollywood Reporter, Netflix decided to abandon its plan for future productions of the series a few weeks after its premiere on November 19.

The series was expected to achieve a wide response based on an investment in audience admiration for the old series, but what happened disappointed Netflix, as the 10-episode series received a positive critics rating of only 46% on Rotten Tomatoes, and viewers seem to be They agree with the critics, they give the series a 56% rating on the site.

Audiences seem to have been hoping for a flashback with the animated series, but with real actors and CGI scenes playing a big role.

According to Netflix, the series has racked up nearly 74 million hours of total viewership worldwide since its first appearance, but it quickly dropped by 59% per week from November 29 to December 5.

What distracted the audience from the series?

One of the first complications of the reproductions is that the new version is subject to a comparison with the original, which is what happened with the new version of "Bibab bounty hunters";

It is true that the Netflix version chose actors of flesh and blood instead of animation, and resorted to “computer-generated image” techniques, but all this did not serve the plot well, nor would it fulfill the possibilities offered by animation techniques very freely, in the end the capabilities of flesh And blood is limited in front of the drawings that can be manufactured and modified as the maker wants.

When compared to the original, the new copy lacks quality on both counts;

The picture and the story, and it was natural for the first episodes to have high viewing rates, which came from the fans of the series who waited for the new version, and soon left it after their expectations were disappointed.

Not the first frustrating experience

Starring John Cho as Spike Spiegel, Mustafa Shakir as Jet Black, and Daniela Pineda as Faye Valentine, the series revolves around 3 bounty hunters in the year 2171 who cruise a spaceship inside a corrupt solar system, hunting down outlaws seeking rewards. Capture them, as a way to earn a living in the future.

The first season ends with an open door to prepare a second season, which has now been canceled, after it did not achieve the expected success, to become a new failed attempt by Netflix to reproduce Japanese animation, after experiments that did not achieve the expected success, such as the movie “Dragonball Evolution” in in 2009, and the films "Ghost in the Shell" and "Death Note" in 2017.

But it can be said that Netflix's biggest success in these experiments so far was in 2019 with the movie "Alita: Battle Angel", which earned $319 million.

Is it worth a new season?

Perhaps due to the poor quality of the series, Cowboy Bebop eventually did not find a large audience to match its high production cost, as the costs of CGI technologies, as well as visual production and scene design make the series more expensive than traditional dramas.

While Netflix has not disclosed production costs, it is estimated that the series will cost about $7 million per episode, so is it really worth the risk of producing a new season if it doesn't generate profits equivalent to spending?

On the other hand, some fans launched campaigns to collect signatures asking Netflix to give the series another chance, and to continue producing the new season.

On the Change.org website, there have been some campaigns calling for the series to be renewed, the most popular of which has collected more than 15,000 signatures at the time of writing, and is constantly growing.

But it is noticed that a large number of fans are also celebrating its cancellation, as the poor dialogue and changes in the plot prompted many fans of the original anime to leave negative comments on the remake.

Even those who signed the petition leave comments admitting their mistakes, but feel she could have found a new opportunity with 10 more episodes.

While Mustafa Shaker, one of the series' heroes, commented via Instagram, "All I know is that we accomplished this series under the craziest circumstances. I'm really proud of what we did."