European summit: the Twenty-Seven agree on possible sanctions against Russia

The European leaders, meeting in summit in Brussels, promised Thursday in Moscow of "heavy consequences" in the event of military aggression of Ukraine. The Twenty-Seven have also sought to incur ... 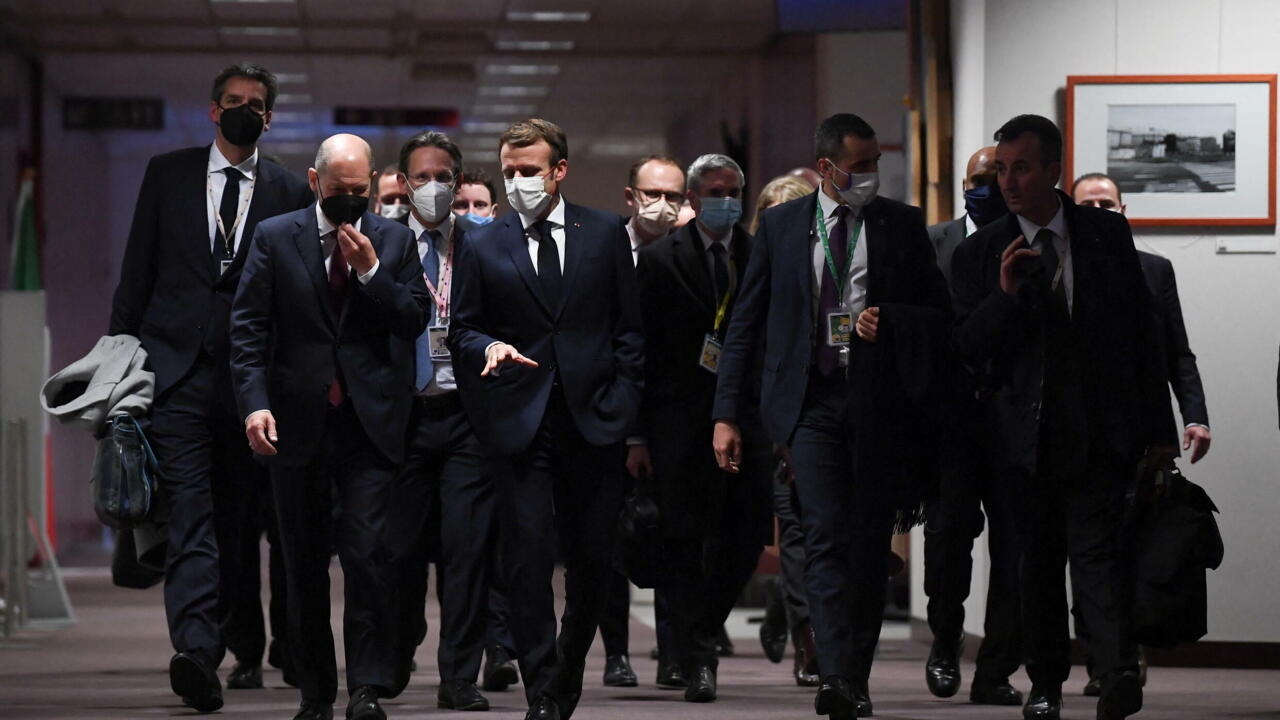 The heads of state and government of the European Union agreed on Thursday (December 16th) to impose, in coordination with the United States and Great Britain, additional sanctions against Russia if it were to invade Russia. Ukraine.

Meeting at a summit in Brussels, the leaders of the Twenty-Seven declared in their final communiqué that "any additional military aggression against Ukraine will in response have serious consequences and a significant cost, including restrictive measures coordinated with partners", in reference to the United States and Great Britain.

Western powers imposed economic sanctions on Russia for its annexation of the Crimean Peninsula in 2014, targeting its energy, banking and defense sectors.

Although the content of the sanctions was not discussed at the summit, diplomats previously indicated that Brussels could in particular target oligarchs and prohibit all European transactions with Russian private banks.

The warning at the end of the EU summit is one of the most direct issued recently.

In their joint statement, however, EU leaders say that the bloc "encourages diplomatic efforts and supports the 'Normandy format' to achieve full implementation of the Minsk agreements" concluded in 2014 and 2015 to settle the conflict. in Donbass, eastern Ukraine.

Tensions between Russia and Western countries have been high for several weeks due to regroupings of Russian troops deemed suspicious by Kiev and the West near the border with Ukraine.

"Any new aggression against Ukraine would have serious consequences and the price to pay would be high", added NATO in a statement published simultaneously with the position taken by EU leaders.

"We will not compromise on Ukraine's right to choose its own path, on NATO's right to protect and defend all of its members, and on the fact that NATO has a partnership with Ukraine ", said Alliance Secretary General Jens Stoltenberg after a meeting at Alliance headquarters with Ukrainian President Volodymyr Zelensky.

Russia demands that NATO "formally" renounce its 2008 decision to open the door to Ukraine and Georgia for membership, a red line for the Kremlin.

Moscow on Wednesday handed US Assistant Secretary of State for Europe Karen Donfried a list of "proposals" on the legal guarantees demanded from NATO during her visit to Moscow.

Karen Donfield traveled to Brussels on Thursday to present the proposals to ambassadors of Alliance member states, AFP learned from diplomatic sources at NATO.

Jens Stoltenberg has formalized an end of inadmissibility in Moscow and the leaders of the EU, of which 21 are members of NATO, have shown their determination not to bow and called on Moscow to dialogue with Kiev.

Supporter of preventive sanctions, Ukrainian President Volodymyr Zelensky did not hide his disappointment at the wait-and-see attitude of the EU: "Many European leaders do not generally understand what is happening at our borders", he lamented .