Behind the scenes of "GZ", the young supporters of Eric Zemmour

They recruit sympathizers, take care of the atmosphere at the Villepinte meeting and ensure that they fight internally against the most radical slippages: the young people of "Generation Z" are at the heart ... 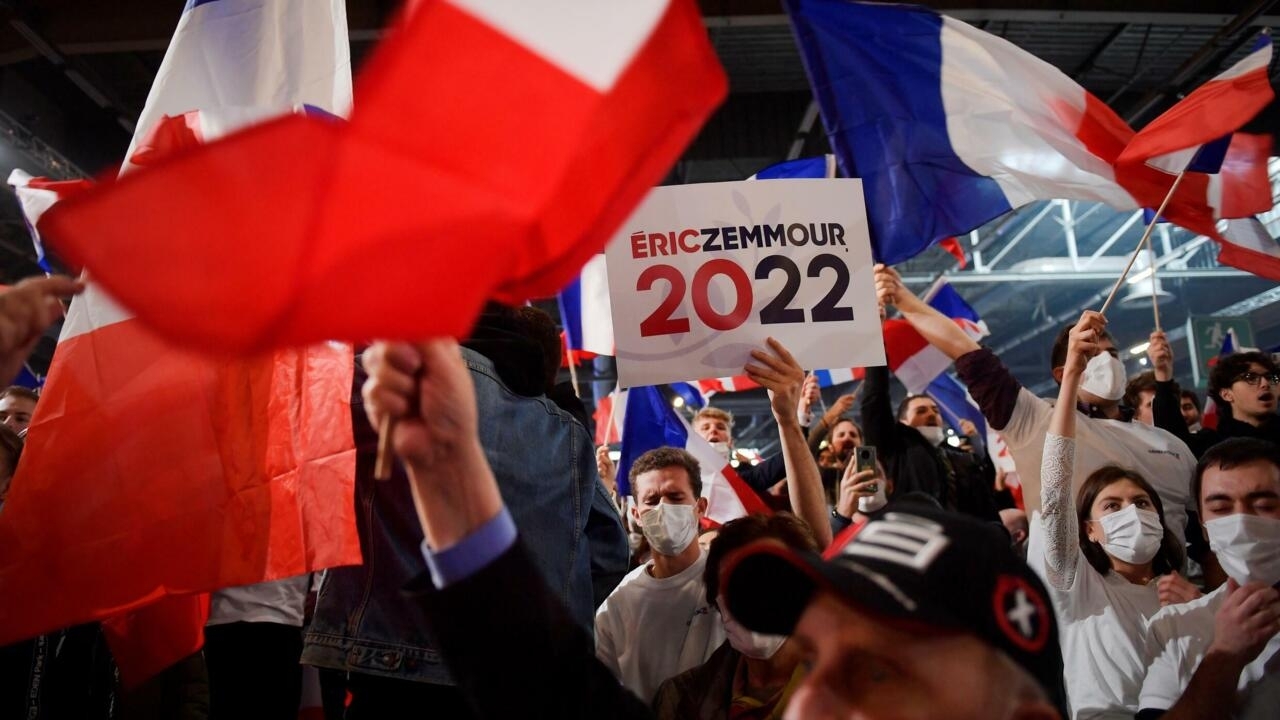 Launched in February 2021, to "get ahead" of the future candidate, the "GZ" are first embodied by their leader Stanislas Rigault.

At 22, this Vendéen scours the TV sets with the aplomb of an old politician.

Military father and mother who works with the elderly, for the occasion he put his law studies on hold at the Catholic Institute of La-Roche-sur-Yon, where he had founded L'Etudiant libre, a magazine " patriot ", promoter of" the union of the rights ".

On November 25, five days before Eric Zemmour's candidacy, the boss of the "GZ" hosts the "network" evening at Brasil Tropical, a Parisian club at the foot of the Montparnasse Tower, alongside Hilaire Bouyé, a former UNI, a right-wing student union.

Speech in front of 600 people, French flags, Marseillaise, then an evening of rock dance, reports a participant, who evokes an atmosphere of "rally", chic evening of "the west of Paris".

At the entrance of the box, the control of the sanitary pass in tension more than one.

Some exchange QR codes, continues this source, interviewed by AFP.

"We have a small base of people opposed to vaccination. It is a minority but it is noisy", relativizes Stanislas Rigault.

Ten days later, at the meeting in Villepinte (Seine-Saint-Denis), one of the speakers, Jean-Frédéric Poisson, at the head of the small conservative and Christian party VIA-La Voie du Peuple, will be warmly applauded for his words. on the "freedom to be or not to be vaccinated" against the Covid.

This December 5, at the Parc des Expositions, the "GZ", 900 on the spot, according to the movement, are at the heart of the meeting of more than 10,000 people.

They applaud their champion, sell T-shirts made in Bangladesh "Zemmour 2022" or "Ben Voyons", a favorite expression of Eric Zemmour.

And make human chains to try to restore calm when scenes of violence parasitize the meeting.

Some come from major schools, such as three boys from Sciences Po Paris and one from the Ecole normale supérieure (ENS), met by AFP.

But it would be wrong to reduce the youth movement to the affluent Parisian audience of Brasil Tropical at the end of November.

Beret on the head, "Bauduch" (his nickname) made the trip to Picardy with a group of friends.

He "shares Zemmour's concerns about immigration and insecurity" and talks about his personal "royalist, traditionalist" commitment.

Seduced by the radicalism of the far-right candidate, several young people explain having "discovered" politics thanks to the polemicist's broadcasts on CNews.

"It is 70% boys and 30% girls like other political youth movements", nuance Stanislas Rigault.

At the heart of his organization, the loops of the Telegram messaging application to which AFP had access.

They bring together thousands of people on "Operation Z", local groups like "GZ Paris 16th" or "GZ Ile-de-France" for the collages of nocturnal posters and a "Discussion group", with a much more tonality. controversy.

Some recommend reading the far-right weekly Rivarol, while others warn against this publication, whose editor was recently convicted of challenging crimes against humanity and inciting hatred against Jews after comments made on YouTube.

"It is particularly annoying and scandalous", reacts Stanislas Rigault, for whom "Rivarol is a rag".

But this discussion group is a "space of free speech of sympathizers" which is "not administered by executives. There are thousands of messages a day, we cannot moderate everything," he assures us.

A charter of good conduct has been returned since the interview conducted on Monday.