Tunisia: the wounded of the revolution do not have the heart to the party

While Tunisia is preparing to commemorate, Friday, December 17, the 11 years of the immolation of Mohamed Bouazizi, some wounded of the Tunisian revolution wish to express their discontent ... 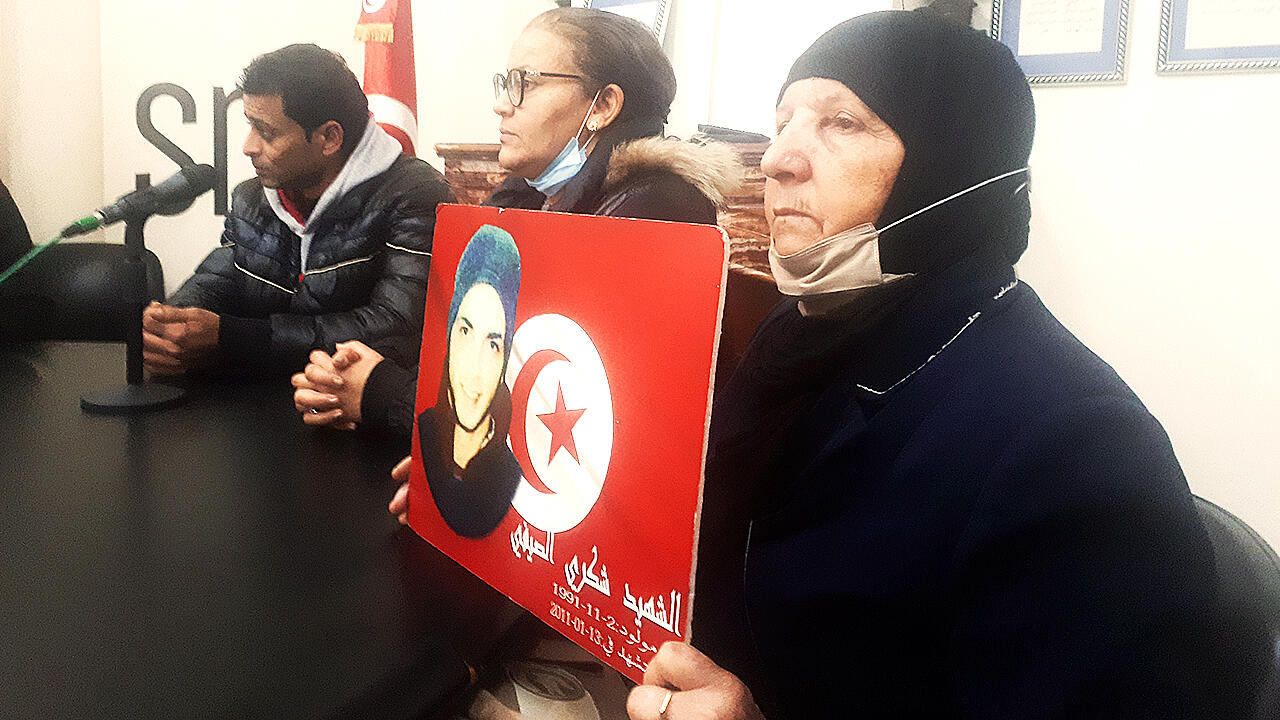 Tunisia: the wounded of the revolution do not have the heart to the party

Eleven years after the start of the Tunisian revolution, the relatives of the victims injured or killed during the events do not have the heart to take part in the commemorations.

While Tunisia is preparing to commemorate, Friday, December 17, the 11 years of the immolation of Mohamed Bouazizi, some wounded of the Tunisian revolution wish to express their discontent.

While this date has become, at the request of President Kaïs Saïed, the anniversary of the revolution, they refuse to celebrate this anniversary.

Face drawn, face crestfallen, a young man opens the session with a poem he himself wrote.

Originally from Siliana, in northwestern Tunisia, Akram Labiadh is a former hairdresser.

He was shot in the leg

the day before Ben Ali left

Since then, he says he is on his own.

Him, his wife and his four children:

I do not have a card allowing me to seek treatment.

When one of us needs treatment or surgery, we must implore those in charge to open the doors of a military hospital to us.

My name does appear on the official list of wounded during the revolution, but that doesn't change anything.

Our cause has been buried.

Like him, a dozen or so have made the trip to the center of Tunis to make their voices heard.

Here, no one has the heart to party.

the anniversary of the revolution

grips their hearts a little more.

They who expected a lot from President Kaïs Saïed, who granted himself full powers, are now disillusioned.

This is the message that Arbia Janahi, widow of a "

martyr of the revolution

I want to ask the president what he is going to celebrate on December 17.

Make your commemorations, go ahead!

But I wonder what your celebrations will look like, when the wounded of the revolution and their families don't want it.

Out of spite, some have gone so far as to sew their mouths together, and he knows this.

We get an answer every time our file is on the president's table, but then what do we do ?!

The wounded of the revolution promise to keep up the pressure until their case is reopened.