After the agreement between Tehran and the IAEA to monitor the Karaj facility... Iran's foreign minister: Absence of Western initiatives impedes the progress of the Vienna negotiations

In a telephone conversation with the Secretary-General of the United Nations, the Iranian Foreign Minister said that the absence of Western initiatives hinders the progress of negotiations on the nuclear agreement. While Tehran and the IAEA agreed to monitor the Karaj facility. 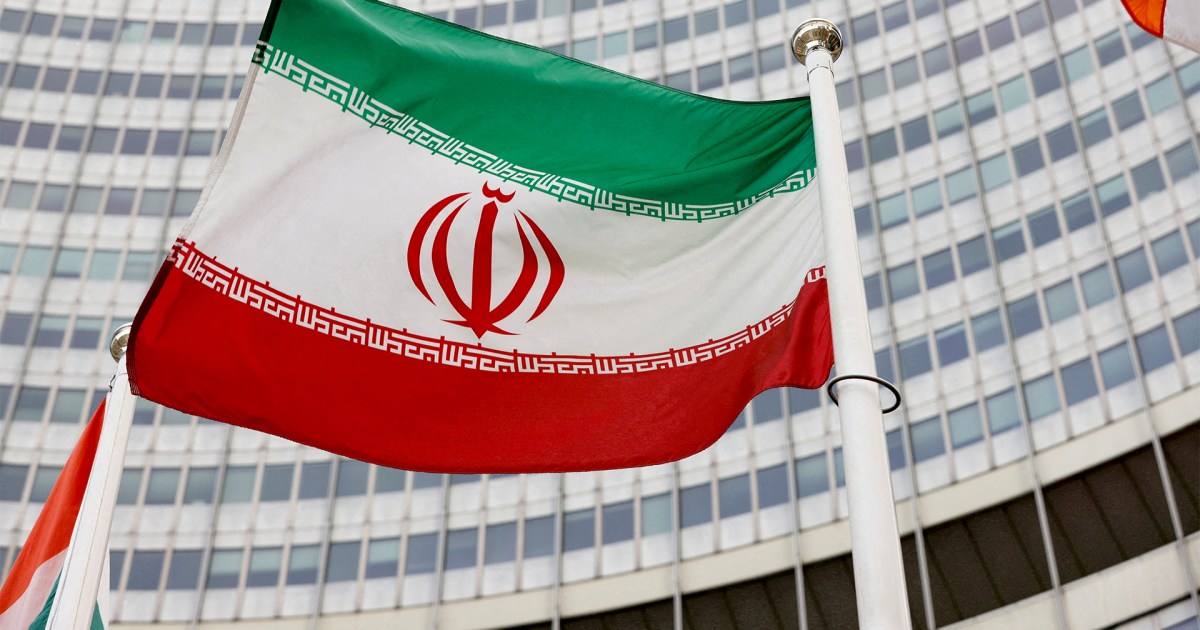 Iranian Foreign Minister Hossein Amir Abdollahian said in a telephone conversation with United Nations Secretary-General Antonio Guterres that the absence of Western initiatives hinders the progress of negotiations on the nuclear agreement.

This comes after Tehran and the International Atomic Energy Agency announced that they had reached an agreement to end the crisis at the Karaj nuclear facility and to replace the memory cards of surveillance cameras.

Amir Abdollahian added that the Iranian negotiating delegation in Vienna is authorized and serious about reaching a good agreement, pointing out that the Iranian proposals are consistent with the nuclear agreement and form the basis of the agreement in Vienna.

He stressed that the Iranian side did not make demands that contradict the nuclear agreement and will not accept any commitments outside it.

The Iranian minister explained that dispelling the concerns of the Western parties about Tehran's nuclear program is dependent on the lifting of sanctions, pointing out that the agreement with the International Atomic Energy Agency on the Karaj facility is evidence of the Iranian side's goodwill.

Abdullahian also stressed that Iran rejects what he called the language of dictates, and that the West should know that the threat is counterproductive, as he put it.

Commenting on the recent agreement between the International Atomic Energy Agency and Tehran, Deputy Spokesman for the Secretary-General of the United Nations, Farhan Haq, welcomed Iran's efforts to deal with the IAEA.

In response to a question about Iran's agreement to replace the cameras at the Karaj nuclear facility, Haq added that the agency is studying the Iranian move and that the United Nations wants Tehran to cooperate fully with the agency.

And both Iran and the International Atomic Energy Agency announced that they had reached an agreement to end the Karaj facility crisis, to replace the memory cards of surveillance cameras.

The Iranian Foreign Minister said that the agreement is good and would dispel part of the concerns of the West and the Agency on some issues and enhance joint cooperation between the two parties.

"After completing the judicial and security examinations of the aforementioned cameras, and after the International Atomic Energy Agency moved to condemn the act of sabotage that targeted the Tissa complex, Iran voluntarily authorized the agency to replace the damaged cameras with new ones," the agency said.

Later, the International Atomic Energy Agency announced that the agreement reached with Iran allows it to install new surveillance cameras before the end of December at the Karaj facility, to replace the cameras that were removed from the facility earlier this year.

The IAEA expressed its desire to resolve the remaining outstanding issues with Tehran.

The agreement provides - according to the IAEA statement - to hold a series of meetings between the agency's experts and their Iranian counterparts regarding the exchange of information and assessments, with the aim of resolving the remaining outstanding safeguards issues.

Under the agreement, the agency will provide Iran with a sample of cameras and technical information for analysis by relevant Iranian security and judicial experts in the presence of agency inspectors.

For his part, Russian delegate Mikhail Ulyanov considered the agreement between Iran and the IAEA a very important contribution to reviving the nuclear agreement.

The agreement between Tehran and the IAEA comes at a time when nuclear talks are continuing between Iran and the countries participating in the nuclear agreement in Vienna.

The talks are accompanied by an exchange of statements and accusations between Iran and Western countries about the responsibility for the stalemate and the lack of any progress so far.

While Iran confirms its seriousness in negotiating, Washington is threatening other options and alternatives if the diplomatic option fails.

The chief Iranian negotiator, Ali Bagheri, said that to make progress in the talks, there should be serious dealings on the part of all.

Bagheri added in a tweet on Twitter that intensive talks continued at the level of experts and senior negotiators, during which the heads of delegations from Britain, France, Germany, Russia, China and the European Union met, and that experts are continuing to work on the texts.

Bagheri stressed that the past few days have proven that if there is serious dealing on the part of everyone, progress can be made.

Commenting on the joint statement of Britain, France and Germany accusing Iran of accelerating the pace of violations of the Joint Comprehensive Plan of Action, Iranian Foreign Ministry spokesman Saeed Khatibzadeh said that if the European Troika wants to be taken seriously as a fair partner, it must act as a fair partner, as he put it.

Zadeh added in his tweet on Twitter that if any statement fails to mention the mistakes of the United States, it shows the "ignorance of the parties" that issued the statement.

The Iranian spokesman stressed that the nuclear agreement has become an empty framework for Iran, when the promised interests, which must be achieved in the end, were not achieved.

Iran wants to lift all sanctions imposed by the United States, after former US President Donald Trump announced his country's withdrawal from the agreement in 2018, provided that this be done through a verifiable process.