"Breakthrough solution": what are the advantages of the new Russian air defense system "Abakan"

The concern "Almaz-Antey" told about some of the features of the newest Russian air defense system "Abakan". So, the time of the complex readiness for combat work from the march is only 15 minutes. SAM "Abakan" was first presented to the foreign public in November 2021 at an exhibition in Dubai. According to experts, the complex has a number of competitive advantages. First of all, experts highlight its mobility and predict success for Abakan on the world market. 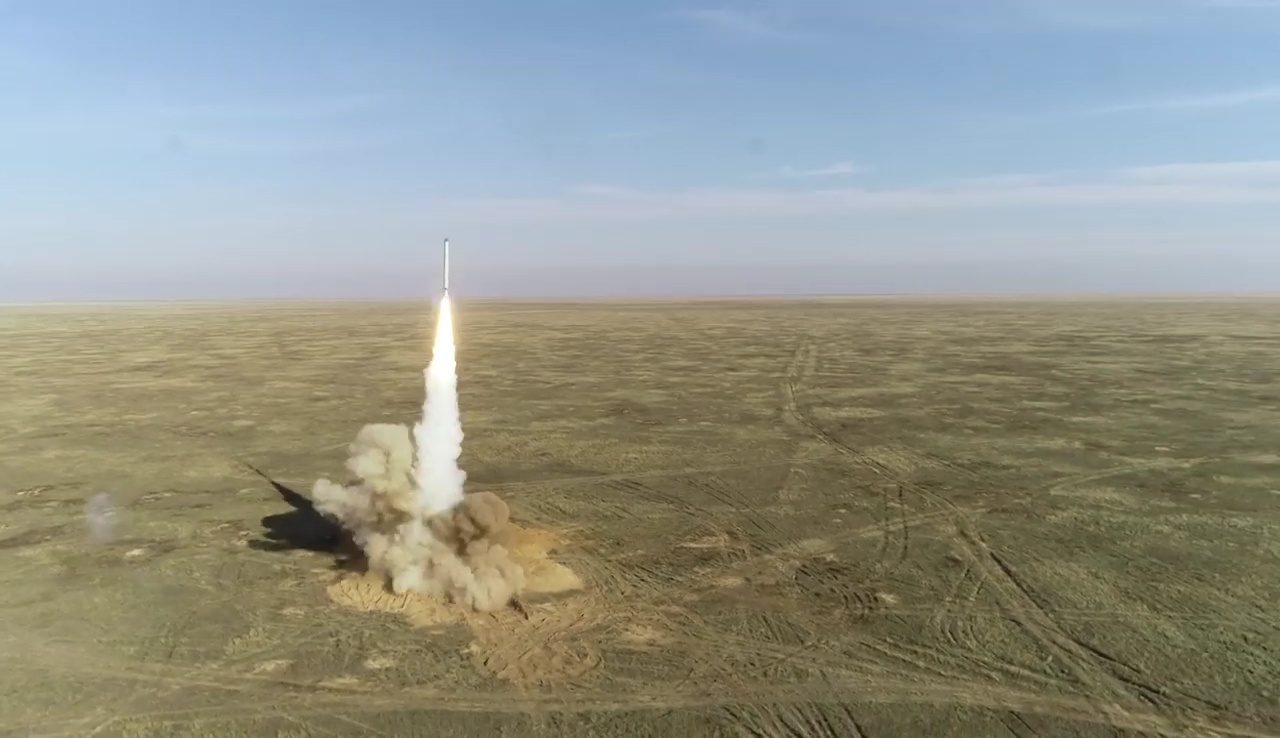 RIA Novosti was told about this by the first deputy chief designer of the complex Dmitry Khrupalo.

"The time of readiness of the Abakan air defense missile system for combat work from the deployed state takes less than three minutes, from the march - 15 minutes," the designer noted.

Khrupalo recalled that Abakan is capable of integrating into any air defense-missile defense system.

The air defense missile system provides combat missions both in autonomous mode and as part of any medium and long-range anti-aircraft systems as an additional missile defense module.

“This expands the capabilities of the air defense-missile defense group of any country to repel a massive attack with enemy ballistic missiles,” added the designer.

For the first time, the 98Р6Е "Abakan" non-strategic anti-missile defense complex (SAM NPRO) was presented to the general public at the Army-2020 International Military-Technical Forum.

According to experts, the complex includes a unified multifunctional radar (UMR) for reconnaissance and target designation for guiding missiles 98L6AE "Yenisei-E", and the combat means is a self-propelled launcher (PU) 51P6E2.

The main purpose of the complex is to defeat tactical and operational-tactical ballistic missiles.

The launcher is transported using the BAZ-69096 off-road tractor.

At the same time, the Abakan air defense missile system can effectively operate in conditions of intense electronic and fire countermeasures, as well as at any time of the day and in any weather.

The complex can be linked to controls and recognition systems, even if we are talking about systems of a foreign buyer of air defense systems.

The 51P6E2 launcher calculates the tasks of guiding anti-aircraft missiles to targets, which are accompanied by a multi-channel guidance station.

When approaching the target, the rocket turns in such a way that the cone of expansion of the warhead fragments falls on the nose of the ballistic missile being detonated.

As Viktor Murakhovsky, editor-in-chief of the Arsenal of the Fatherland magazine, explained in an interview with RT, the Abakan air defense system is a complex that makes it possible to more effectively solve anti-missile defense tasks within the framework of the general aerospace defense system.

According to the expert, separate anti-aircraft guided missiles designed to destroy ballistic targets appeared even during the creation of the S-300 air defense system.

This complex was armed with two types of missiles - some were intended to destroy aircraft, others - for anti-missile defense.

“Now this specialization is clearly expressed in the aerospace defense system.

The "Abakan" complex is just designed to destroy ballistic targets, which will make it possible to solve the problems of antimissile defense more effectively.

Moreover, the creation of complexes of this class does not contradict any international treaty on nuclear missile deterrence, since we are talking about non-strategic weapons, "the expert noted.

created on the basis of the Antey-4000 anti-missile unit, which can engage ballistic targets.

“This is a breakthrough solution that allows for a relatively inexpensive purchase of a non-strategic missile defense system.

Also, the uniqueness lies in the ability to interface "Abakan" with other air defense systems.

This allows the system to operate in automatic mode.

Pairing this complex, for example, with the Buk-M3 system, S-300 or S-400 air defense systems, will create an integrated air and missile defense system capable of repelling attacks not only from aerodynamic targets, but also from ballistic ones, ”the expert emphasized.

The overseas presentation of the complex took place in November 2021, as part of the international aerospace exhibition in Dubai.

Yuri Knutov is confident that the Abakan air defense system has a high export potential - the system will interest countries that have to face the threat of medium-range ballistic missile attacks.

“These are, for example, Egypt, Iran, India, Algeria.

In its class, the Abakan air defense missile system is the best complex today.

For example, the American Patriot air defense system is an order of magnitude inferior to the Abakan when it comes to shooting at ballistic targets, ”the expert said.

Viktor Murakhovsky adheres to a similar opinion, he agrees that the Abakan air defense system may arouse interest in countries that are under the threat of possible missile strikes.

“If you look at the map of the world, there are many such countries.

For example, Saudi Arabia is often subjected to missile strikes.

It is too early to talk about the appearance of a possible export version of "Abakan" - the passport of the export version has not yet been published, "the expert explained.

At the same time, Murakhovsky did not rule out that the Abakan air defense system could surpass analogues available in other countries.

“For example, the Israeli“ Iron Dome ”complex is widely known, which is used to cover the territory from the attacks of unguided rockets.

But it is not mobile, and the Abakan air defense missile system can turn around from the march and quickly begin to repulse strikes, "the expert summed up.