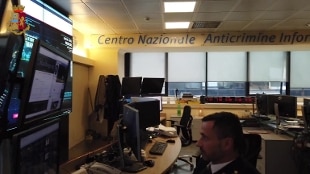 15 December 2021 Green fake passes purchased by over 120 people, who had never received any vaccines or performed any swabs, bypassing the cyber security controls of the health systems of Campania, Lazio, Puglia, Lombardy, Calabria and Veneto, through illegal intrusions.

This is what emerges from the investigations that led to searches throughout Italy by the Postal Police delegated by the Naples Public Prosecutor's Office. The false certifications were obtained by exploiting the access channels made available to pharmacies to enter the codes of the swabs and vaccines carried out and thus generate the Green pass.

The Postal Police carried out 40 local searches and 67 preventive seizures.

The relative access credentials are captured through sophisticated phishing techniques, through emails that simulated the institutional ones of the health system, inducing the owners to connect to a website, also false, perfectly identical to that of the health system.

In other cases, fake Green Passes are produced using international VoIP call services, capable of disguising the caller's real phone number and simulating that of the regional health system. In such cases, the simulated technical support service agent of the Region concerned induced the pharmacist to install remote assistance software in his system, which allowed him to remotely take control of the computer and thus steal the access credentials to the regional information systems. .

When access to regional systems required the pharmacy's SPID credentials, the obstacle was circumvented with sophisticated techniques of vishing (voice-phishing), smishing (SMS-phishing) and the use of clone-sites.

The investigations - consisting of the analysis of connection data, telephone records, email boxes and other traces left by illicit trafficking - made it possible to verify that the criminal techniques just indicated were also used to produce the CDs. Super Green pass, in the face of vaccines never carried out.

The searches, carried out by the various Departments of the Postal Police and Communications concerned on the national territory concerned the 15 people already subjected to investigations as hypothetical members of the criminal association which appears to have ensured the direction of abusive access to IT systems and the consequent falsifications, but also of 67 of their customers.

With the collaboration of the Ministry of Health, the false Green passes identified have been disabled, in order to prevent any further use.

120 buyers in 14 provinces and North and South

At the moment there are 120 people who have bought the fake green passes obtained from a criminal organization, discovered by the State Police, coordinated by the cyber crime pool of the Naples Public Prosecutor, violating regional health systems by exploiting the access channels made available to pharmacies to enter the codes of the swabs and vaccines carried out.

The users of the fake Green Passes have so far been located in the provinces of Naples, Avellino, Benevento, Caserta, Salerno, Bolzano, Como, Grosseto, Messina, Milan, Monza-Brianza, Reggio Calabria, Rome and Trento, but final investigations are in progress to define the real number, which is estimated to be much larger, of those who have turned over time to the criminal organization under investigation to exploit its illicit services.

At the moment, a total of 82 people are investigated in the investigation of the cyber crime pool of the Naples Public Prosecutor's Office which today delegated to the State Police a series of searches aimed at shedding light on a complex criminal system, dedicated to the marketing of Fake green passes, capable of passing checks. These are 15 people already registered in the register of suspects and 67 of their clients. With the collaboration of the Ministry of Health, the false Green passes identified were disabled, so as to prevent any further use and the web pages created were subjected to a preventive seizure ordered as a matter of urgency by the Public Prosecutor. The searches and kidnappings, from North to South, were carried out by the various departments of the Postal and Communications Police.