NBA: Stephen Curry is the best shooter of all time, three points that's all!

We already knew he was the best shooter of all time in the NBA, but Stephen Curry formalized it for the history books on Tuesday, by beating the record for the number of 3-point baskets made ... 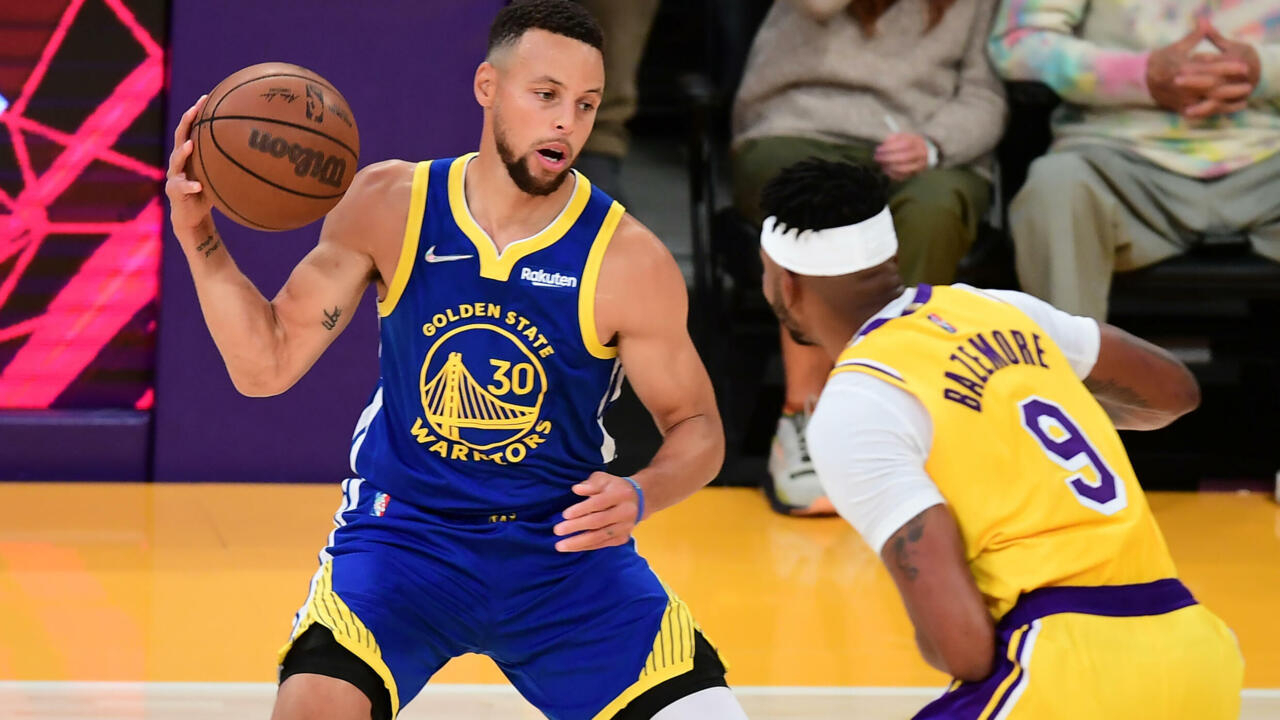 It took the Warriors star to score two long-range shots to achieve this feat.

What he applied to do against the New York Knicks, from the first quarter, in less than five minutes and in three attempts, under the eyes of his glorious elder, as well as Reggie Miller, now 3rd of this prestigious ranking.

These two legends then took him in his arms, just like his father Dell Curry, formidable long-distance gunner between 1986 and 2002 who passed on the sniper's DNA to him, offering him moments of intense emotion within the mythical Madison Square Garden, which gave him a huge standing ovation.

So much so that the match stopped for five minutes.

“I just landed in Dallas to see Stephen Curry break the record and, even better, do it in the GARDEN !! WOW CONGRATULATIONS BROTHER !! AMAZING !!”, enthusiastically Lakers superstar LeBron James on Twitter.

“It's exciting to watch Steph break the NBA three-point shooting record. He revolutionized the way basketball is played and continues to leave fans in awe with his amazing art and extraordinary shooting ability. Well done for that achievement. historic ", reacted the boss of the league Adam Silver.

More perhaps than having erased from the shelves Allen, former NBA champion with Boston (2008) then Miami (2013), it is the speed with which Curry achieved this that is staggering.

The double MVP 2015 and 2016, also at the top of the standings for the largest number of baskets with three points scored, regular seasons and play-offs combined, has only one record that escapes him to fill all the boxes.

That of 14 shots scored in a single match by his teammate Klay Thompson.

The latter is also on the verge of making his comeback on the floors, after two and a half years of absence due to two serious injuries.

Finally reunited soon, this should further strengthen the Warriors, who are already having a great start to the season.

Curry, around which a rejuvenated and successful team was rebuilt by Steve Kerr - former three-point shooting specialist - after the departure of Kevin Durant to Brooklyn, is the primary reason for this resurrection of Golden State.

After breaking his left hand at the end of October 2019, the leader came back even stronger, finishing top scorer of the regular season last with 32 points of best average, the best of his career, beating in the process his record of pawns registered in a single encounter (62).

Currently the 2nd best scorer in the league, Curry puts on a great continuous show in the NBA.

Able to succeed in tightrope walking gestures and magic tricks in any position, he has made a specialty of unsheathed shots very far behind the arc.

There is not a corner of the floor where it has not hit the mark in its 13-year career, the images regularly circulating the world.

Because his exploits, he commits them repeatedly, when others arrive only very occasionally.

As such, Stephen Curry revolutionized the game.

A very occasional weapon fifteen years ago, reserved for a minority of specialists, shooting behind the arch ended up becoming the offensive option favored by most teams in the NBA in its era.

And a lot of players want to "make Curry", without their recipe being as well spicy, even if some like Damian Lillard (Portland) know how to do it.

But it will be almost impossible to beat the record he will establish when his career comes to an end.

Because at 33, he still has many good years ahead of him.

Finally, Curry is also the incarnation of happy basketball, a sport that we practice with a smile like child's play.

You just have to see him before the matches have fun tossing the ball into the basket, from improbable places, as recently, when he succeeded in his attempt by shooting from the stands of the Warriors room.

That too, he is the only one to do it.