In the departments of the French Antilles, the last roadblocks blocking traffic were lifted by the police last week. The movement born from the refusal of the obligatio ... 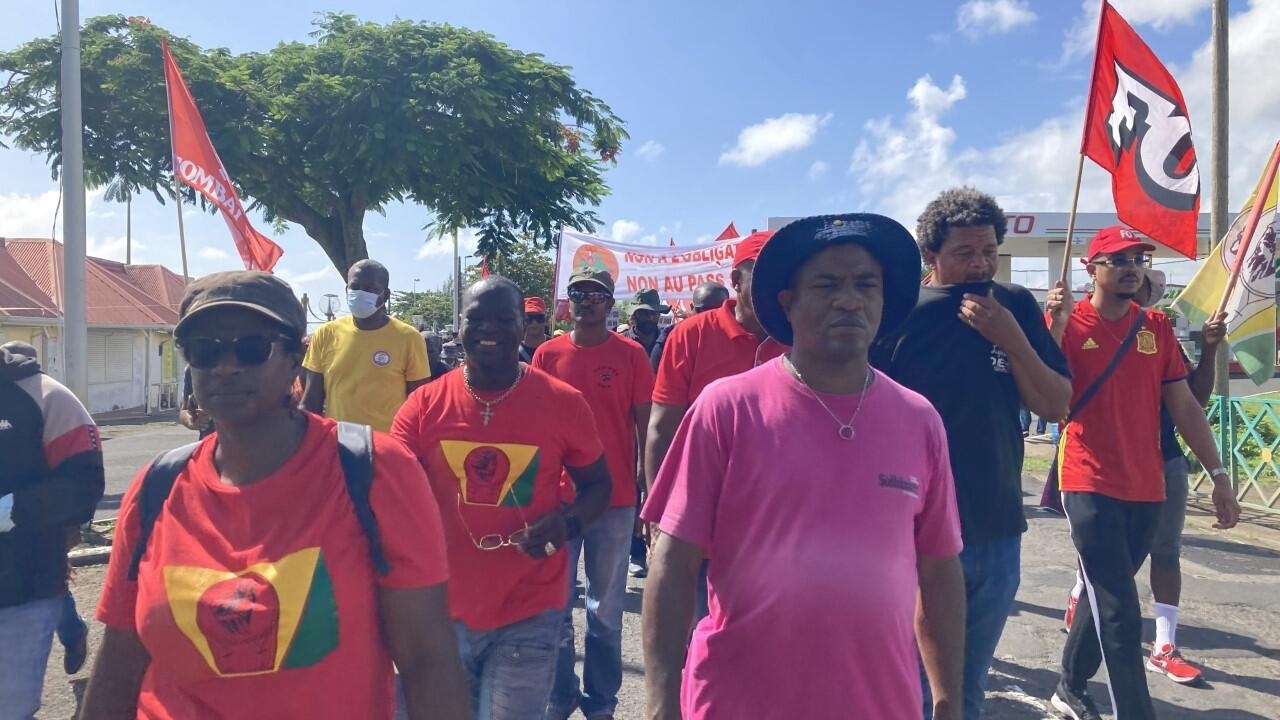 Members of the collective against the vaccine obligation have broadened their demands to expand their movement.

In the departments of the French Antilles, the last roadblocks blocking traffic were lifted by the police last week.

The movement born out of the refusal of compulsory vaccination for caregivers and firefighters, and which degenerated into a social crisis, gave way to discussions between unions, local elected officials and the population to respond to the many economic and social problems of these territories.

Expensive life, failing public services, the grievances are multiple and very often, it is the French State, which in these former colonies is met with distrust from the demonstrators.

From our special correspondent in Guadeloupe,

Chlordecone, I bathed in it

For years, the man, now in his sixties, has poured kilos of this pesticide onto his banana plantation.

In the West Indies, the government continued to authorize the use of this probably carcinogenic molecule, even though it had been banned in France in 1990. By these exemptions granted, is the French State solely responsible for the damage or is it sharing the blame with the industry?

: The pesticide chlordecone in the West Indies: "The State is the first responsible"

The issue has never been decided.

For Jean-Michel, it is a feeling of very personal guilt that pushed him towards an agriculture which tends towards less pesticides.

This is why we are committed alongside the State in a sustainable Banana plan.

Our goal is to achieve zero pesticides.

Jean-Michel Emmanuel, banana planter, wants "to put an end to the chlordecone effect".

Many reasons to be angry

Almost all West Indians carry traces of this pesticide in their bodies.

The theme is therefore easy to mobilize to denounce a State that does not protect its citizens in these overseas regions.

In front of the Pointe-à-Pitre University Hospital, the UGTG union does not deprive itself of it.

Under music spitting out over the speakers to keep the troops motivated, he continues to accompany unvaccinated caregivers who have been suspended.

In the speeches, infox fed by social networks abound, such as that on the alleged illegality of the vaccine.

Crisis in the West Indies: the vaccine obligation, catalyst of an explosive social situation

We have to understand that in the West Indies, we cannot do just anything.

We have already had chlordecone

They want to give us a vaccine which is not a vaccine, which is an experimental product.

They cannot lie to us: it has not yet received final marketing authorization.

So we are against this obligation, not against the vaccine,

French West Indies: why is there a new social crisis?

A punishment. The word comes back in the mouths of several caregivers who doubt or reject the vaccine. They remain a minority in the hospital but since the CHU is a major employer on the island, the economic damage is felt for many families. "

My salary is suspended, I find myself with two children. We have credits. It is not fair because when it was necessary to be there to save the sick, including during the fire [of the CHU in 2017], we were there,

A gendarmerie helicopter flies over the Boucan dam, run by young people and members of civil society. Standing near the roundabout which serves as a rallying point, the spokesperson for the

, Ludovic Tolassy, ​​may suspect it. This high place of contestation lives its last hours before the final assault of the public force. The opportunity to draw up for the last time the long list of public policy failures attributable to the State or to communities: poor access to drinking water, a new university hospital which should not emerge for another two years, the absence opportunities for employment and the representativeness of young people, often labeled as “thugs”.

Social crisis in the French West Indies: the reasons for the anger

Here, in Sainte-Rose, we have the Sainte-Marie district where there are still problems with the absorption of unsanitary housing and access to certain services. There are gifted young people in these neighborhoods who have trouble finding work. It would be good to go get them, listen to what they have to say, and see who among them is capable of making these demands and invite them to sit around the table,

”concludes the spokesperson who will be doing so. stop the following night.

On the Boucan dam, held by non-union youth, and evacuated on December 7 by the police.

A call for dialogue

To resolve the crisis, the government called on elected officials to discuss economic and social issues with the prefects, unions and the public, as well as autonomy.

Some mean "independence", which is excluded by the government.

For Jocelyn Sapotille, the president of the Association of Mayors of Guadeloupe, the State must rely on elected officials to take into account specific local realities.

It is necessary "to

supports the mayor of Lamentin. If, like the government, his elected status has attracted criticism from many protesters at the roadblocks, he wants to see it as a fad. For him, we see above all “

a failure of the centralization of power. We must move towards more decentralization, or even more deconcentration for the efficiency of public authorities and that we stop throwing away public money

, ”advocates the elected official who sat opposite the Minister of Overseas Territories at the time. of his eventful visit at the end of November.

But the time is not for a debate on autonomy.

After a devastating fourth wave in August, a fifth wave of Covid-19 contamination lurks.

And the complete vaccination rate of the population still does not exceed 50% in the West Indies.