Säpo: "Security threats against Sweden continue every day of the year"

The criminal classification espionage, as in Tuesday's appeal court judgment against a Gothenburger, is unusual. But that does not mean that the phenomenon is unusual - just that it is difficult to prevent, detect and stop according to Säpo. - The threats against Sweden have been broadened and deepened, says Gabriel Wernstedt, press spokesperson at Säpo. 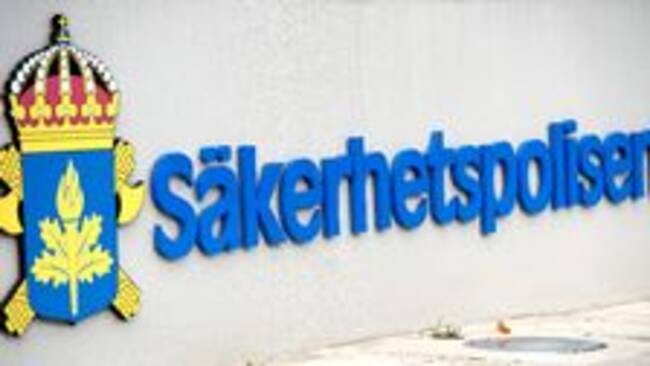 He emphasizes that espionage is something that is going on here and now, and that it is important to protect oneself.

- We work around the clock to prevent and complicate security-threatening activities against Sweden, says Gabriel Wernstedt.

Espionage is perhaps most associated with the days of the Cold War, but according to Säpo, this type of activity has rather increased in recent years.

"This concerns both traditional intelligence activities that have been conducted for a long time - that other states, with the help of intelligence officers, recruit agents who obtain information on behalf of foreign powers - and other types of security-threatening activities such as cyber espionage and influence operations," he says.

Russia in the top three

He mentions in particular three countries as extra active when it comes to espionage in Sweden: Russia, China and Iran.

As recently as the first of December, security legislation was strengthened.

The law emphasizes the importance of activities that are important to Sweden must have effective security protection.

- The biggest risk when it comes to businesses that have not built up sufficient protection is that the security protection analysis has simply not been carried out: What is to be protected?

Against what and how?

It is the basic first bit to protect yourself, says Gabriel Wernstedt.

On Tuesday, a 47-year-old citizen of Gothenburg was convicted in the Court of Appeal for spying on Volvo Cars and Scania.

Hear SVT's reporter tell about the verdict in the clip.