"The PP is not going to allow impunity for nationalists or for fundamental rights to be attacked." In this way, the leader of the Popular Party, Pablo Casado, has ... 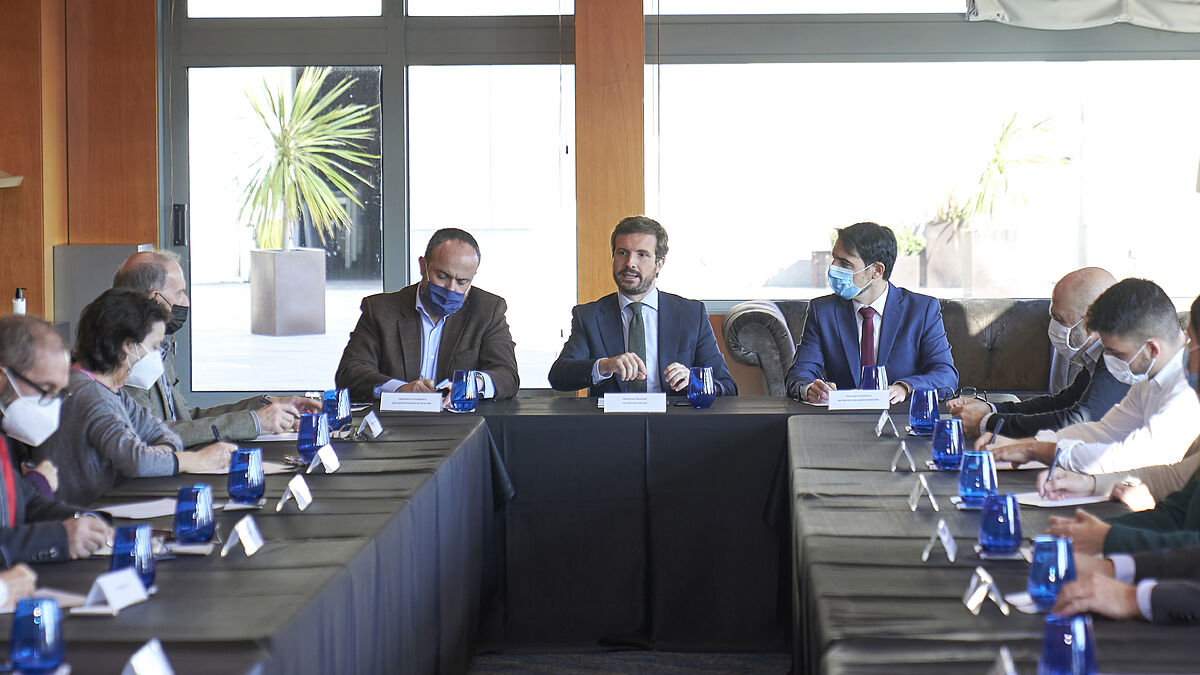 "The PP is not going to allow impunity for nationalists or for fundamental rights to be attacked." In this way, the leader of the Popular Party, Pablo Casado, has wanted to launch an offensive to enforce judicial sentences in Catalonia, such as the one that 25% of classes must give in Spanish in Catalan classrooms. For this reason, Casado has asked the Government that if the Generalitat "persists" in failing to comply with this sentence, initiate a requirement of Article 155 of the Constitution "to act for the good of the citizens" and be obliged to apply the presence of Castilian in education as it ruled the Superior Court of Justice of Catalonia.

In addition, the PP has announced that they will present a proposal for an institutional statement condemning the harassment of the family of the child under 5 years old from Canet de Mar, who has achieved 25% of Spanish in his class and will take the defense of this "attack" to the European Union to "protect judicial decisions" such as the application of this percentage in education. They will also present a bill of the higher educational inspection body that guarantees "the end of indoctrination in education" and guarantees "linguistic freedom" with officials who ensure compliance with educational regulations.

Casado announced two more measures if his party governs. On the one hand, a "language law" to "shield" the use of Spanish throughout Spain and to defend the choice of language in education as well as the "freedom of access to public service without language being a requirement" and that guarantees the neutrality of the public space. On the other hand, the PP wants a reform of the current education law "to end the indoctrination and falsification of history."

Pablo Casado, accompanied by the leader of the Catalan PP Alejandro Fernández, has met with associations in defense of bilingualism such as the Bilingual School Assembly, Catalan Civil Society, S'ha Acabat, Impulso Ciudadano, Universitaris per la Coexistence, Convivència Cívica Catalana, AMES and Ampas Parallel The meeting has served for Casado to transfer his support to the family of the minor from Canet de Mar and denounced that "his isolation and the stoning of his house have been requested and his business has been pointed out" by the independence movement for asking for 25% in Spanish. That is why he pointed out that "we are here to defend linguistic and civil rights, in addition to the fundamental freedoms of a family and many others who have decided to stand up and claim their rights."

For Casado this cause "does not have party colors, it is a cause of humanity, of rights that are worthwhile" and he regretted that the Government of Pedro Sánchez has decided "to continue in Moncloa with the independence votes to leave the family of the Canet's child ". "We denounce linguistic apartheid, which indicates families who ask to comply with the 25% ruled by the courts in Catalonia to receive classes in the common language of Spaniards."

Casado regretted that the Generalitat uses the language "as an instrument of social engineering to label citizens, first and second, as a laboratory" and described as "morally ill whoever points to a child" since "in no democratic country does it tolerate ".

That is why he alerted Sánchez that if the Generalitat does not comply with the sentence of the TSJC that urges 25% in the entire Catalan educational system, the PP will go to court in case the crimes of disobedience or prevarication are committed.