The stars were there on Sunday in the NBA, with a monstrous 51-point night for Kevin Durant and triple-doubles for Giannis Antetokounmpo and LeBron James. 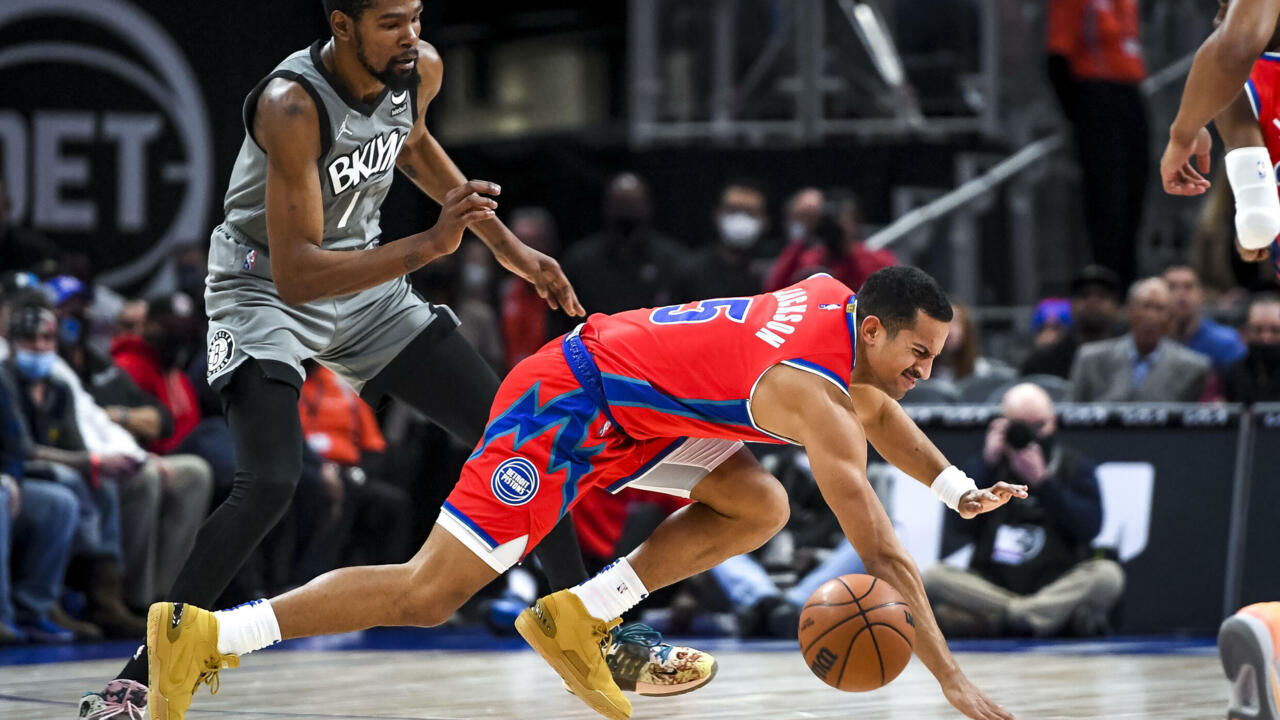 KO'd by KD: On the Detroit floor, Durant made short work of the Pistons by scoring 51 points, the best individual total in the NBA this season.

At 33, Durant has passed the 50-point mark in one game for the seventh time in his career.

He's three points from matching his personal best, dating back to 2014 when he played for Golden State.

"I knew I should probably take care of scoring a little more," he said after the meeting, referring to the absences of James Harden and Paul Millsap.

"We were passing each other too many, and so was I, so I thought I'd better keep shooting," Durant said.

Result: 31 shots attempted, 16 of which were successful.

Kevin Durant at the shoot during the meeting between the Brooklyn Nets and the Detroit Pistons in Detroit on December 12, 2021 Nic Antaya GETTY IMAGES NORTH AMERICA / AFP

The championship's top scorer this season also added 9 assists and 7 rebounds to his stats.

"He was incredible tonight," said his coach Steve Nash.

The only downside: his sanction, which fell before the match, for insulting a spectator in Atlanta on Friday.

But Durant was not the only one to shine tonight: Giannis Antetokounmpo managed his first triple-double of the season with Milwaukee for a flawless victory (112-97) on the floor of the Knicks.

The Bucks, solid second in the East (18-10), won with no less than seven players authoring more than 10 points.

Khris Middleton was their top scorer with 24 points.

Giannis Antetokounmpo of the Milwaukee Bucks against Evan Fournier of the New York Knicks during the game between the two teams in New Yoek on December 12, 2021 ELSA GETTY IMAGES NORTH AMERICA / AFP

The Wisconsin franchise was already leading 61-48 at halftime, against the struggling Knicks at the moment with 8 losses in their last 10 games.

Only consolation, the rookie Quentin Grimes, holder for the first time this season with New York, made a remarkable debut with 27 points to his name and a nice 7/13 three-pointers.

LeBron James was not outdone with a triple-double at 30 points (11 rebounds, 10 assists) and a crazy third quarter for a 106-94 victory for the Lakers against Orlando.

At the Staples Center in Los Angeles, it took just a quarter for the Lakers to win the bet.

King James succeeded there the 101st triple-double of his career.

And here is the Lakers back in the race for the play-offs, with a sixth place in the West (15-13).

LeBron James of the Los Angeles Lakers goes up against Cole Anthony of the Orlando Magic during the game between the two clubs on December 12, 2021 in Los Angeles KEVORK DJANSEZIAN GETTY IMAGES NORTH AMERICA / AFP

Good news for them, Anthony Davis, injured in the knee, should soon be back on his feet according to Lakers coach Frank Vogel.

The one to whom the return did not smile is Damian Lillard.

After five matches of absence for an abdominal injury, the Portland player scored 24 points (11 rebounds, 6 assists).

Anthony Edwards, author of 24 points, was decisive for the Timberwolves who remain in the race for the play-offs with a 9th place in the West (12-15).