In 37 regions of Russia: the FSB has identified more than 100 supporters of the Ukrainian neo-Nazi group "M.K.U."

FSB officers, together with the Ministry of Internal Affairs and the Investigative Committee in 37 regions of Russia, carried out operational-search measures and investigative actions against 106 supporters of the Ukrainian neo-Nazi youth group MKU, created by the Ukrainian Yegor Krasnov, operating under the auspices of the special services of Ukraine. According to security officials, three administrators of Internet communities were detained, who called for violent actions, and two more detainees are suspected of preparing armed attacks on educational institutions in Russia. 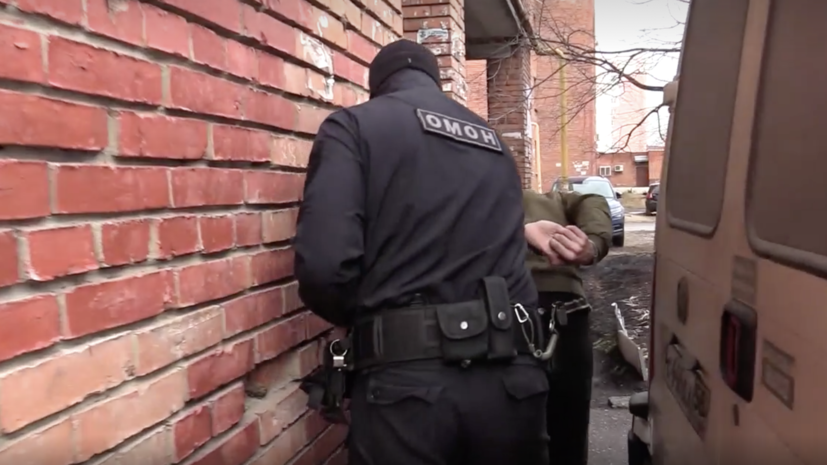 More than a hundred supporters of the Ukrainian neo-Nazi youth group "M.K.U."

were identified by security officials in 37 constituent entities of the Russian Federation, according to the Public Relations Center of the FSB.

The FSB noted that the group was created by a citizen of Ukraine born in 2000, Yegor Krasnov, who operates under the auspices of the Ukrainian special services.

"Among the detained supporters of" M.K.U. "

three administrators of the organization's Internet communities have been identified, who propagandized extremist ideology at the direction of Yegor Krasnov and called for violent actions.

It is indicated that the purpose of the measures taken is to suppress the action inspired by Krasnov in various regions of the Russian Federation, within the framework of which his supporters, through messengers and social networks, were informed about the commission of terrorist acts and mass murders.

Along with this, in the Penza region and the Komi Republic, the criminal activities of those affiliated with "M.K.U."

Their number was five and eight, respectively.

Searches were carried out at the addresses of the detainees, during which the security forces seized various types of weapons (smooth-bore and rifled civilian hunting, pneumatic pistols, empty pistols and machine guns) and ammunition for them, as well as a large number of edged weapons and cans with tear gas.

“The issue of bringing these persons to criminal responsibility is being resolved.

With regard to the rest of the detainees, including those who were directly in Internet correspondence with Yegor Krasnov and received instructions from him to carry out violent actions and make homemade means of terror, verification activities are continuing, as a result of which appropriate procedural decisions will be made or taken preventive measures ", - concluded in the DSP of the FSB.

A video recording of the interrogation of one of the detainees - he is 16 years old - was also published.

“In April 2021, in the Telegram messenger, I met a resident of Ukraine, Egor Krasnov, the current leader of the MKU group.

He told me about the earlier murders and other crimes committed by the community he led, about its structure and plans, ”said the young man.

According to him, Krasnov also sent him instructions on how to make improvised explosive devices, asked him to make IEDs in order to demonstrate skills.

“Realizing the fact that Krasnov plans to use me in committing a terrorist attack against a resident of the Voronezh region, I decided to abandon the manufacture of an explosive device and from further communication with Krasnov and other members of the group,” the detainee concluded.

Detentions of neo-Nazis in Russia

In 2021, the FSB carried out a series of operations to detain members of the Ukrainian youth radical neo-Nazi community "M.K.U."

In February, three people aged 18, 19 and 33 were detained in Voronezh in connection with their involvement in the propaganda of the ideology of neo-Nazism and massacres.

Extremist literature, symbols of nationalist organizations and edged weapons were seized from them.

In March, 14 people were detained in Gelendzhik and Yaroslavl.

The members of the organization committed crimes "against persons leading an asocial lifestyle, without a definite place of residence," and incited hatred and enmity based on ethnicity.

It was noted that community members beat people and posted videos of the attacks on the network.

In April, 16 supporters of "M.K.U." and “blowing up the administrative buildings of the authorities”.

In May, a cell of the Ukrainian youth radical neo-Nazi community in Saratov was destroyed, 14 people were detained.