Hungary: what Emmanuel Macron and Viktor Orban said to each other

Emmanuel Macron met the President of Hungary, Viktor Orban, a few days away from assuming the presidency of the Council of the European Union on January 1. The two men raised some points of disagreement, in particular on the rule of law, but also points of convergence such as nuclear power and European defense. 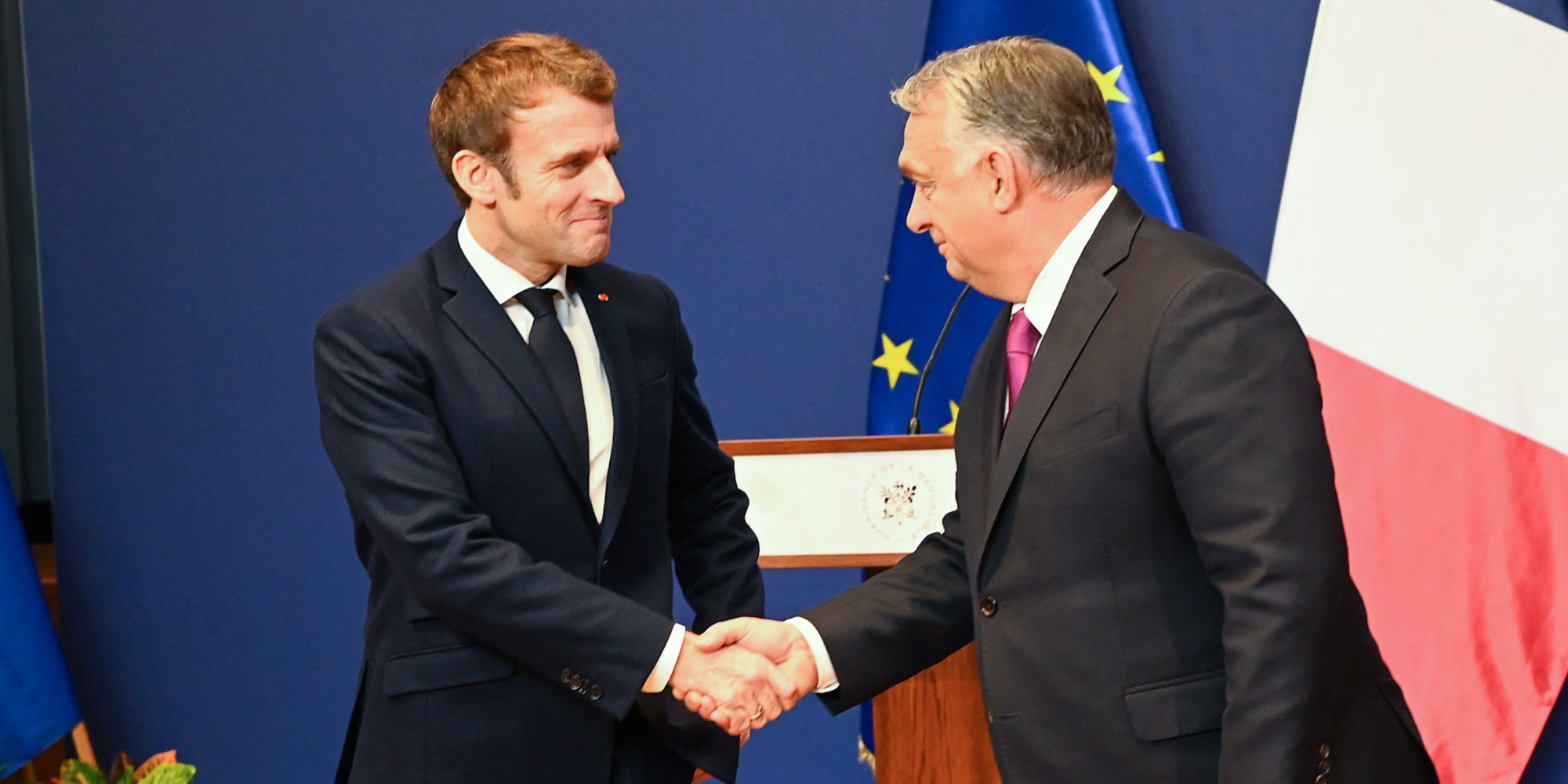 Emmanuel Macron met the President of Hungary, Viktor Orban, a few days away from assuming the presidency of the Council of the European Union on January 1.

The two men raised some points of disagreement, in particular on the rule of law, but also points of convergence such as nuclear power and European defense.

Leader of opposing camps in the EU, Europhile Emmanuel Macron and nationalist Viktor Orban nevertheless displayed their good understanding on Monday in Budapest, recognizing each other, with the same terms, as "political opponents but European partners ".

The two men, who met in Paris in 2019, preferred to highlight their alliance on subjects such as nuclear or European defense, on the program of the French presidency of the EU.

The will "to be loyal partners", says Macron

"We have political disagreements which are known, but we have the will to work together for Europe and to be loyal partners", declared the French president, after having exchanged a warm handshake with his interlocutor and without dwell on the subjects that annoy. "Political adversaries and European partners at the same time: we accept the definition of France, homeland of the encyclopedists", added Viktor Orban, evoking "a relationship marked by respect". Emmanuel Macron also thanked Hungary for its participation in the European grouping of special forces Takuba in the Sahel, initiated by Paris "to fight terrorism".

This visit, the first by a French head of state since 2007, takes place within the framework of a summit of the countries of the Visegrad group (Hungary, Poland, Czech Republic, Slovakia) and allows Emmanuel Macron to complete his tour of the 26 other capitals of the European Union.

Tribute to Agnès Heller, an opponent of Orban

On the issue of the rule of law, which is regularly the subject of a standoff between Viktor Orban and the EU, Emmanuel Macron was content to touch on the subject by promising "interesting debates", while invoking "the need to respect each of the member states". In his statement, he did not mention the issue of the rights of the LGBT + community, one of the subjects on which Brussels criticizes Budapest. On the other hand, the French president wanted to start his visit with a tribute to an opponent of Viktor Orban, Agnès Heller. Arrived in Budapest at midday, he immediately gathered at the tomb of the philosopher who died in 2019, which he had received in Paris.

The Hungarian leader, who received this fall the far-right rivals of the French president, Eric Zemmour in September and Marine Le Pen in October, is regularly cited by Emmanuel Macron as the leader of the sovereignist camp in the EU, to which he opposes that of the "progressive" Europhiles.

With Poland, Hungary has adopted several laws contested in Brussels, in particular a text prohibiting the representation of homosexuality among those under 18.

And like Warsaw, it challenges the primacy of European law over national law.

Hungary targeted for use of Pegasus software

In response, the Commission has launched several procedures against them for undermining EU values, in particular a "conditionality" mechanism for European aid, which blocks the payment of stimulus subsidies. On the eve of the visit of the French head of state, Reporters Without Borders (RSF) asked him to "shed light" on the use of the Pegasus spy software "against journalists", Hungary being the only one. EU countries on the list released in July by a consortium of investigative journalists.

Emmanuel Macron will also meet the liberal mayor of Budapest Gergely Karacsony and Peter Marki-Zay, the sole opposition candidate who hopes in the April 2022 legislative elections to overthrow the Hungarian Prime Minister.

Viktor Orban has been in power since 2010, making him the longest serving EU leader since Angela Merkel left.

By receiving the president after having recently rolled out the red carpet at Marine Le Pen or Eric Zemmour, "Viktor Orban can demonstrate his European importance" well beyond the weight of his country of 9.8 million inhabitants, explains to the AFP Eszter Petronella Soos, Hungarian political scientist specializing in France.