The Committee for Justice said that the reality observed on the ground in Egypt 100 days after the launch of the “National Strategy for Human Rights” by Egyptian President Abdel Fattah Al-Sisi confirms that it is no more than a dead letter. 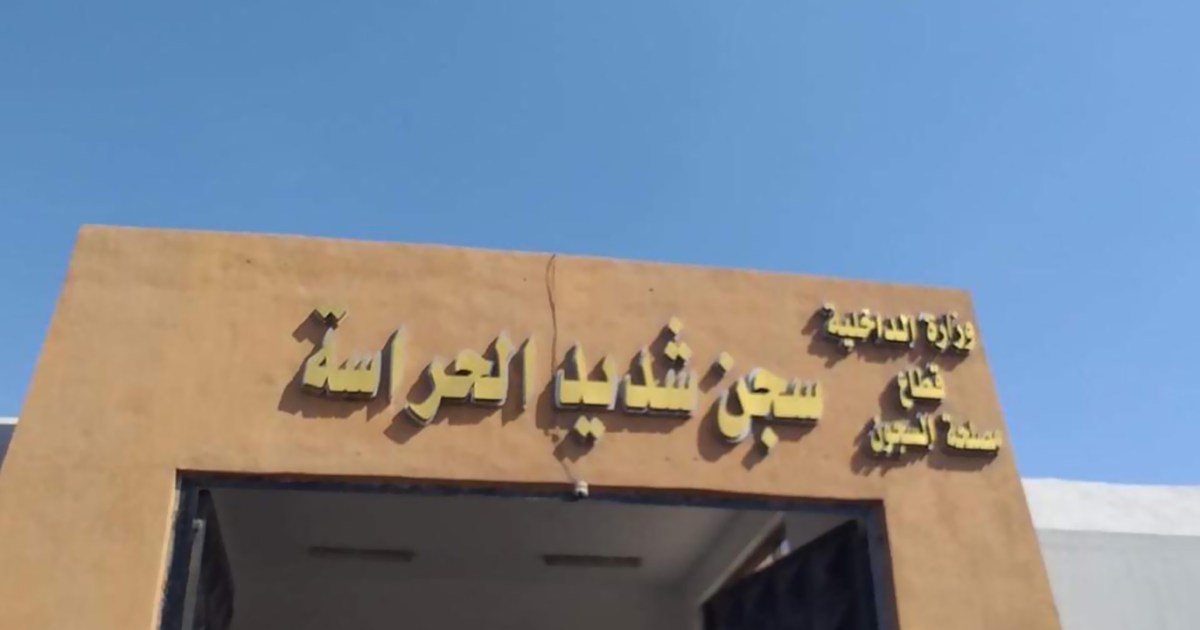 "The reality observed on the ground in Egypt, 100 days after Egyptian President Abdel Fattah al-Sisi launched the "National Human Rights Strategy" on September 10, confirms that this strategy was no more than a word on paper. Committe for Justice in a report published in conjunction with International Human Rights Day.

The "Committee for Justice" said that the reality observed on the ground in Egypt 100 days after President Abdel Fattah Al-Sisi launched the "National Human Rights Strategy" on September 10, confirms that this strategy is no more than a word on paper.# International Human Rights Day https://t.co/wsCAPJ0VcY

The organization said - in a statement received by Al Jazeera Net a copy of it - that during that 100-day period and in conjunction with the celebration of the International Human Rights Day - which the world celebrates on December 10 of each year - its various teams monitored legislative and human rights violations and collective executions. In Egypt, despite the abolition of the state of emergency on October 25, 2021, it was accompanied by amendments to fair trial laws that further undermined its guarantees.

It is noteworthy that the "Committee for Justice" organization is an independent association for the defense of human rights, founded in 2015 by a group of human rights activists in the Swiss city of Geneva.

The organization explained that on October 31, 2021, the Egyptian parliament approved the government’s proposal to amend some provisions of Law No. 136/2014 regarding the insurance and protection of public and vital facilities, to become a continuous law, instead of its implementation being limited to only two years.

On November 1, 2021, Parliament also approved the amendments to the Anti-Terrorism Law, the most prominent of which was adding the text of Article 32 bis, which authorized the President of the Republic to impose penalties of up to strict imprisonment on those who violate the measures authorized to take them under Article 53 of the Constitution. The law itself.

The organization also indicated that the Egyptian judiciary issued a final judgment on October 25, 2021 to execute 3 defendants in case No. 3354/2020 felonies of the Agouza Emergency State Security, known in the media as the “Al-Mourabitin cell.”

The Cairo Criminal Court - Terrorism First Circuit, held in Tora - on November 10, 2021, issued a sentence on the accused to life imprisonment, punishing an accused with 15 years in prison, and 10 years for another, and punishing a female accused with 3 years in prison for accusing them of joining a terrorist group in a security felony case State for the year 2021, known as "ISIS...the red corner".

The "Committee for Justice" also monitored, during the 100-day period from the announcement of the National Strategy for Human Rights in Egypt, 1,046 arbitrary arrests in 10 different Egyptian governorates, and 187 cases of enforced disappearance, including 11 people who were hidden in detention centers after obtaining a verdict of acquittal from the State Security Court. emergency, and they rotated on new issues.

Also, 53 defendants were subjected to "renewed detention" - whether after being sentenced or after their release - such as the detainees of the Central Security Forces camp in Aswan who obtained a release order and were surprised by the security forces transferring them on November 17 from Aswan to the headquarters of the Public Prosecution Office Supreme State Security in the Fifth Settlement in Cairo, to investigate them in connection with the case 2021/2380 High State Security Restriction, then transferred them to Qanater Prison for men, in a 72-hour journey, just two days after they escaped death due to the torrential rains that flooded Aswan during November/ last november.

The organization also monitored the death of 10 detainees inside Egyptian detention facilities during last October and November, most of them as a result of deprivation of health care, including the former parliamentarian Hamdi Hassan, who died inside Scorpion prison as a result of the denial of health care for 8 years since his detention in 2013.

In its report, the organization indicated that it had monitored 17 violations within the denial of health care in at least 8 places of detention, including critical cases or those suffering from severe diseases, such as Fatima Abdel Rasoul (47 years), who has been detained since last September in connection with the case 2021/200 security confinement. She is a state, and is deprived of the necessary health care that her condition requires, as she suffers from leukemia, and the authorities refuse to treat her in a hospital and are determined to keep her in Al-Qanater Prison for Women.

With regard to ill-treatment and torture inside detention facilities, the organization has monitored several complaints of an escalation of violations in at least 6 of them, including Liman Minya, Zagazig General Prison, and Tora High Security Prison 992 (known as Scorpion Prison). It also monitored the distress of detainees’ families in prison. Shebeen al-Kom public service to save their families from the violations committed against them by the chief of prison investigations and informants, and their entry into a hunger strike. Attacks were also monitored by officers of Wadi al-Natrun Prison 440 on a Jordanian prisoner named Sami al-Jazra, who was robbed, beaten and arbitrarily placed inside disciplinary cells. solitude.

The "Committee for Justice" stressed that all of these facts observed during the 100-day period of launching the "National Human Rights Strategy" in Egypt confirm that the terms and axes of this fake strategy have no effect on the ground. Relentless, which proves that this step was just a formality and nothing more than the Egyptian authorities to relieve international pressure on them.

The organization also called on the Egyptian authorities to implement the provisions of the "National Human Rights Strategy" in a realistic manner, support human rights in Egypt with deeds, not words, to stop manipulating laws and making them subservient to the service of the political system, release freedoms, improve the climate for political and human rights work in the country, and immediately release detainees Opinion and human rights defenders arbitrarily detained.