Tehran denied its acceptance of continuing negotiations on the basis of the draft last June, while the United States is holding consultations with its allies to study options in case the talks fail. 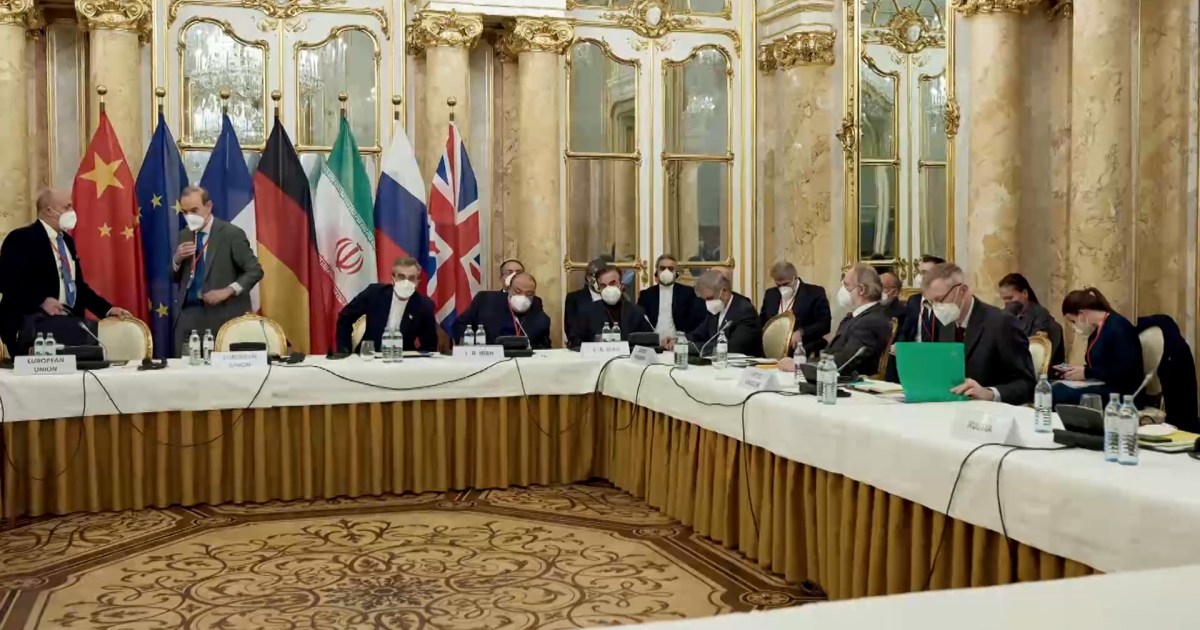 Tehran denied its acceptance of continuing negotiations on the basis of the draft last June, while the United States is holding consultations with its allies to study options in case the talks fail.

IRNA quoted a source in the Iranian delegation as saying that Tehran wants to make amendments to texts in the June draft - which were reached in the last round of talks during the term of former President Hassan Rouhani - that contradict the terms of the nuclear agreement.

Reuters had quoted a European official as speaking about progress in the course of negotiations on the basis of what was reached last June during the sixth round, which Tehran denied.

The same source said that several major issues are still open in order to reach an agreement on a final text.

In response to a question whether the union - which is chairing the talks - is optimistic about the position of the new Iranian negotiating team, the official said, "My impression is that we are simply progressing in a completely logical way to negotiate."

He added that there are still 7 or 8 points that need to be agreed upon in order to conclude an agreement, and that they represent "big political points."

On the other hand, the Iranian "IRNA" news agency quoted a source close to the Iranian negotiating team denying what was reported by Reuters about accepting to continue negotiations on the basis of the draft talks last June.

A source from the Iranian negotiating delegation told "Tasnim" news agency that the proposals submitted by Ibrahim Raisi's government are still on the table with Western parties and have not been reconsidered.

Parallel to the Vienna negotiations, a US State Department spokesman said that Secretary Anthony Blinken held a "fruitful meeting" with his counterparts from Germany, France and the United Kingdom in Liverpool - yesterday - Friday - they discussed the Joint Comprehensive Plan of Action (the nuclear agreement with Iran) and what will be taken in the coming period.

The meeting was held in Liverpool, northern England, on the eve of a meeting of foreign ministers of the Group of Seven, at the conclusion of which is expected to issue a joint appeal to Iran to curb its nuclear program and seize the opportunity of the ongoing talks in Vienna.

Earlier, Blinken had held phone talks with his Israeli counterpart, Yair Lapid, and focused on the common conviction of Washington and Tel Aviv not to allow Iran to possess a nuclear weapon, according to the statement's description.

Meanwhile, the US House of Representatives Foreign Affairs Committee passed a bill aiming to include Iranian drones in the sanctions list.

The chairman of the committee, Democratic Representative Gregory Mix, said that the aggressiveness of Iran and its allied militias has increased in recent months, and has launched drone attacks in the Middle East, as well as targeting US forces, merchant ships and others.

Meeks pledged zero tolerance in Congress for these activities, and called on the Joe Biden administration to deal effectively with it.

For his part, the adviser to the Iranian delegation in the Vienna negotiations, Muhammad Marandi, told Al Jazeera that Iran did not reject anything that was previously agreed upon, and added that the European side showed flexibility in the negotiations.

But at the same time, he indicated that it is too early to judge the course of the Vienna negotiations, but there are positive signs.

He renewed Tehran's position that Washington must first lift the sanctions imposed on Iran, and then the agreement will be reached.

This confirmation was also made by Iranian President Ibrahim Raisi - during a meeting with Iran's ambassadors in neighboring countries - where he said that Tehran is serious about its nuclear talks with world powers in Vienna.

This was stated by the chief Iranian negotiator, Ali Bagheri, who said that Tehran is serious about the negotiations and entered them in good faith, noting that Iran is the one who kept the nuclear agreement alive.