The Commissioner of the Sudan Pavilion at Expo 2020 Dubai, Nabawiya Muhammad Mahjoub, confirmed that the Emirati and Sudanese women are distinguished at all levels, and that they were pioneers in the scientific, practical and literary fields. 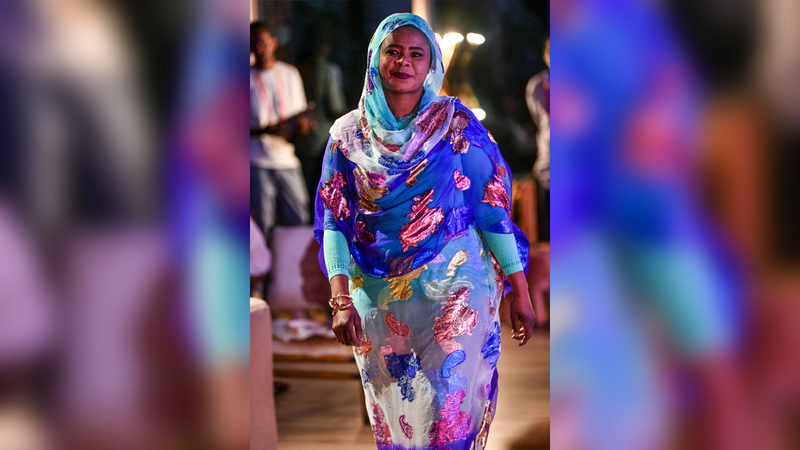 The Commissioner of the Sudan Pavilion at Expo 2020 Dubai, Nabawiya Muhammad Mahjoub, confirmed that the Emirati and Sudanese women are distinguished at all levels, and that they were pioneers in the scientific, practical and literary fields.

They also played their role towards their families and communities with full efficiency and competence, expressing her hope that her country's participation in the international exhibition would highlight the many positive intersections between the two women's personalities in the two countries, and encourage Emirati and Sudanese investors residing in the UAE to go to Sudan and take advantage of the opportunities. available in it.

She told "Emirates Today" that Sudan possesses enormous natural resources, in addition to its human wealth represented by its educated people and young society (the proportion of young people in it is 62%), in addition to the water resources and fertile lands that abound in it.

She added, "We believe that the Expo is a golden opportunity to attract investments to Sudan, thanks to its resources and competencies, especially after its new launch towards the future," noting the essential role played by Sudanese women during the past period in order to ensure the stability of their society.

Mahjoub stressed Sudan's efforts to integrate into the global economy and society, and to create job opportunities for young people, "because they are the ones who made change, and they look forward to continuing to build their country with the same determination."

Regarding the role of Sudanese women during the next stage, she said that she is a pioneer, and her struggle contributed to her obtaining her rights and standing on an equal footing with the Sudanese man, as no one forgets that she struggled as a wife, sister and young woman, and was able to take her full rights, noting that she received a wage equal to what The Sudanese man obtains it, and its strong presence over the past decades has been recorded in all areas of life, especially education;

"She led with her brother the man a long march of work for the future of education in her country, and she called on the girls of her country to go to school, and those who missed the education train were received by literacy campaigns designed specifically to help them participate in the renaissance of their country."

Mahgoub said, “Our society is young, and women play a vital role in its development.

She is similar to that of Emirati women who contribute to all areas of life in their country and hold advanced leadership positions, for example, the Minister of State for International Cooperation and Director General of Expo 2020 Dubai, Reem Al Hashemi, and she manages this huge business with exceptional professionalism.”

The Sudanese-Emirati Women's Forum aims to strengthen relations between the two women and exchange experiences between them.

Finally, the Sudan Pavilion organized a forum entitled “Sudanese Emirati Women with a Rooted Relationship”, at the initiative of the Media Adviser for the Sheikha Latifa Bint Mohammed Award, Dr. Abu Bakr Mohammed Hassan, which dealt with the two main topics: “Emirati women are imprints firmly in the empowerment spaces,” and “Sudanese women are prospects for investment.” Entrepreneurship from a socioeconomic perspective.