Frontal battle between Cayetana Álvarez de Toledo and the PP. The deputy for Barcelona has appealed the file opened by the Popular Group in Congress against her to ... 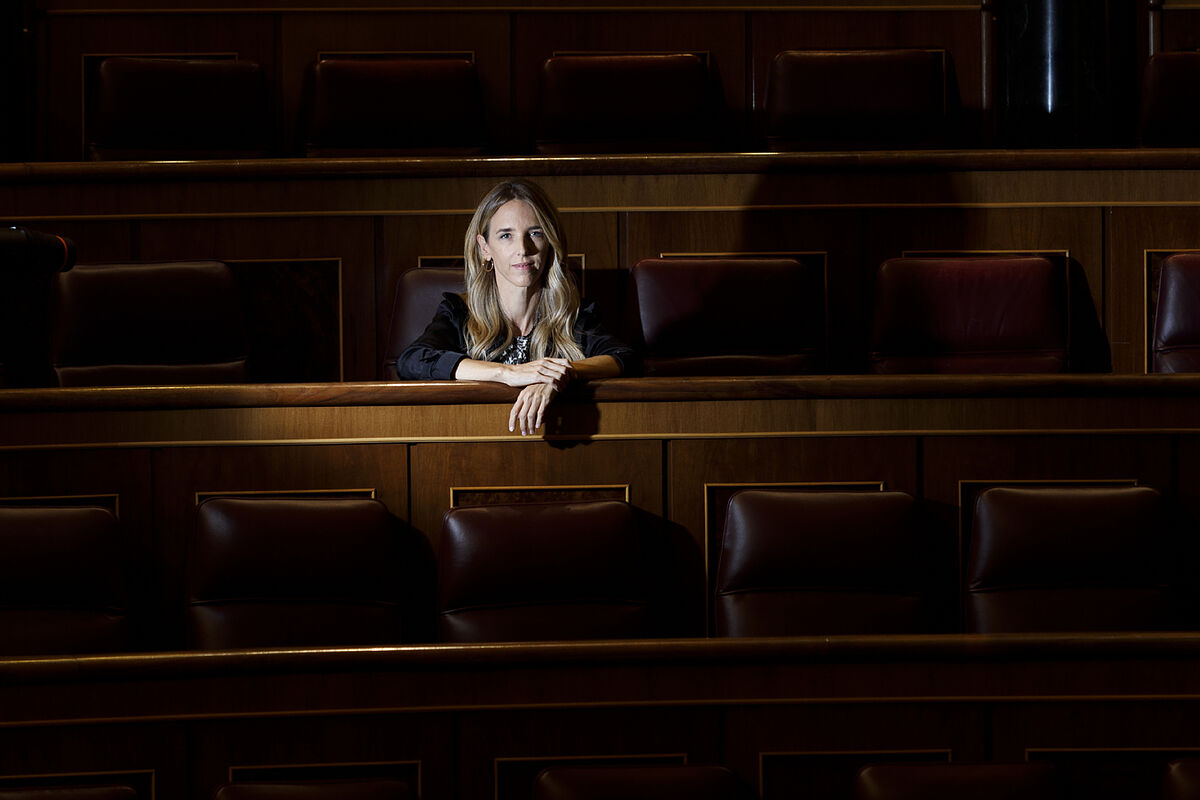 Frontal battle between Cayetana Álvarez de Toledo and the PP.

The deputy for Barcelona has appealed the file opened by the Popular Group in Congress against her to sanction her with a fine of between 700 and 500 euros for voting blank in the election of the members of the Constitutional Court.

And he does so with a letter, to which EL MUNDO has had access, loaded with strong criticism against the

and in which he concludes that punishing it "would be as much as sanctioning the defense of the principles and ideological coherence of the Popular Party."

"I will give your kind letter for not receiving," he says about the letter sent 10 days ago in which he was informed of the opening of the file and after considering in his letter that there is no "action" against her.

Álvarez de Toledo has presented his allegations in a letter sent to the general secretary of the PP parliamentary group,

, who was in charge of opening the sanctioning procedure after she confessed in an interview in EL MUNDO that she had skipped the discipline of group and had voted blank in the secret ballot of Congress that approved the appointments agreed by the PP, PSOE and United We Can.

The popular deputy declares that this file "violates legal procedures, fails to comply with the Group's Statutes, undermines the autonomy of the deputy, frustrates democratic regeneration and challenges the ideology of the Popular Party."

From there, he develops four central arguments to challenge any type of sanction.

For which he makes use of the party's electoral program and statements by Pablo Casado or Teodoro García Egea in which both stressed the need to provide this body with independence and impartiality.

"From this accurate reasoning," he says about a statement by García Egea against the politicization of Justice, "it follows, exactly, the meaning of my vote."

For her, supporting this renewal was "collaborating in the loss of prestige of the Constitutional Court" and contributing to the "institutional weakening" of Spain and the PP, as well as a "debilitating incongruity".

Another of the arguments that he uses is the "dignity" of the deputies and their ability to make decisions.

Álvarez de Toledo defends the autonomy of the parliamentarian "enshrined in the Constitution" against the "groupcracy" that only benefits the "leadership of the parties."

"When only discipline remains, deliberation evaporates. When the autonomy, initiative and personality of the parliamentarian are punished, dependency, submission and mediocrity proliferate. With an aggravating factor: if the leadership decides everything and dictates everything, yes the positions of the leadership are the only ones that are no longer relevant but known, the deputy ceases to have any responsibility. He becomes, in the eyes of many citizens, perfectly dispensable: the involuntary protagonist of a sad variant of collectivism ", he deepens. "To sanction me would be as much as to spoil the hope of a democratic regeneration and of a quality Parliament," he says.

Álvarez de Toledo's other two arguments have to do with the transparency of the internal rules of operation of the PP parliamentary group in Congress and with compliance with the party's national statutes.

As for the first, he attacks the PP for ensuring the rules under "secrecy", even for the deputies, which in his opinion violates the "legal and constitutional principle of publicity of the rules."

Regarding the Statutes, it denounces that if the PP alleges the seriousness of Álvarez de Toledo's conduct in which it was an "important" vote, the congressional group should have complied with its rules and summoned all the deputies to "fix the position "in the vote.

As it was not done, he accuses the PP of having a "certainly capricious" interpretation of the Statutes.

Thus, he points out that sanctioning it "would be as much as assuming that our Statutes are arbitrarily applied."

For all this, Álvarez de Toledo asks that "no action" against her is "not appropriate" by the parliamentary group.

PoliticsThe book by Cayetana Álvarez de Toledo: "There was something about Pablo Casado that didn't quite convince me"

Politics The chat of PP deputies against Álvarez de Toledo breaks out: "It is an indecent provocation"